Accessibility links
Police Declare 'Riot' In Portland, Ore. After Breonna Taylor Decision : Updates: The Fight Against Racial Injustice Police said a crowd grew to nearly 300 people at one point, and skirmishes broke out between protesters and law enforcement. Thirteen people were arrested. 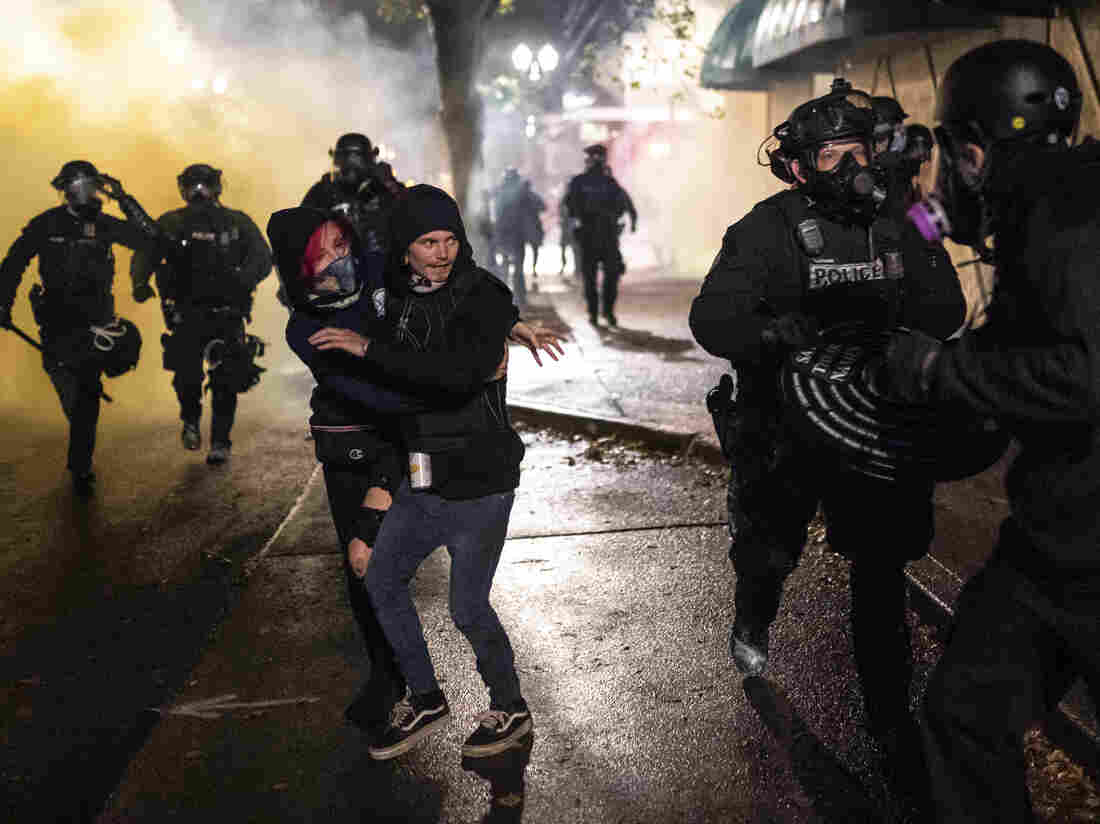 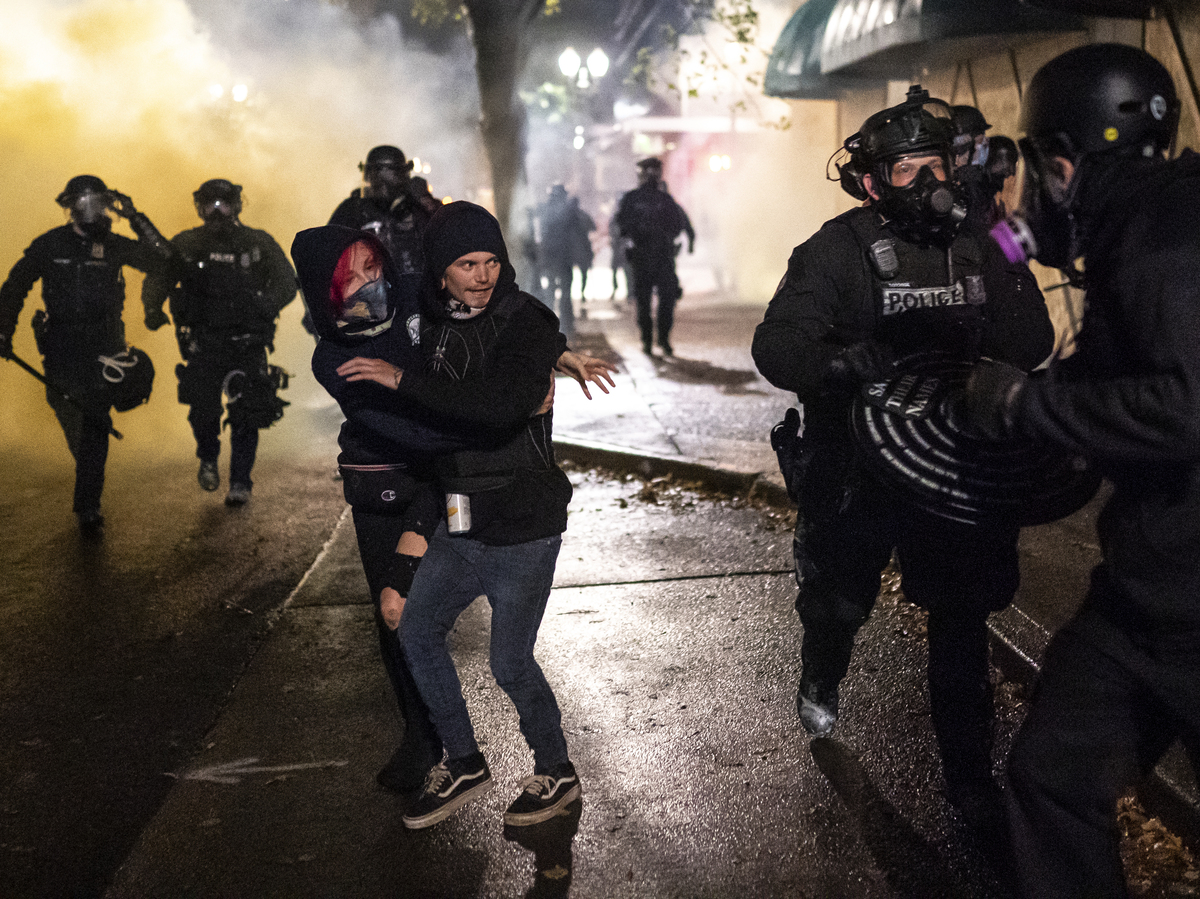 Protesters look for an escape while Portland police disperse a crowd in Portland, Ore. Wednesday. Violent protests erupted following the results of a grand jury investigation into the police shooting death of Breonna Taylor.

Demonstrations in downtown Portland, Ore., turned violent as skirmishes broke out between protesters and law enforcement officials in the wake of a Kentucky grand jury decision not to directly charge police for the killing of Breonna Taylor. Police arrested 13 people in Portland.

Earlier in the night, demonstrators heard speeches from Black activists and chanted of "no justice, no peace" outside of the Multnomah County Justice Center, according to Oregon Public Broadcasting.

Tensions escalated through the night, the member station reported, as some in the crowd began throwing objects at buildings and towards officers. It described the scene as "the most significant clash seen between protesters and Portland police officers since massive wildfires over the Labor Day weekend briefly paused the demonstrations due to smoke."

The Portland Police Bureau later declared the gathering a riot.

"A mass gathering devolved into a riot after individuals broke windows, vandalized and lit fires to the Justice Center, and threw Molotov cocktails towards officers," a PPB said in a press release early Thursday.

Police said a crowd grew to nearly 300 people at one point. Some gathered near the center's Central Precinct, where police said they blocked vehicle traffic and began throwing rocks, shattering glass windows. The police statement added that fireworks and glass bottles were thrown at the officers.

At around 10:16 p.m. local time, police said they gave the order over a loudspeaker to disperse, warning the crowd that failure to do so would result in law enforcement using "impact weapons and/or OC munitions," which causes eye and skin irritation.

Earlier this month, Portland Mayor Ted Wheeler banned the use of CS gas as a crowd control tactic. The substances contains a chlorine compound and is one of the most common forms of tear gas.

"The scene mirrored many July nights, when federal officers regularly and aggressively dispersed crowds outside the courthouse," The Oregonian reported, referring to the weeks of clashes following the Memorial Day killing of George Floyd by Minneapolis police.