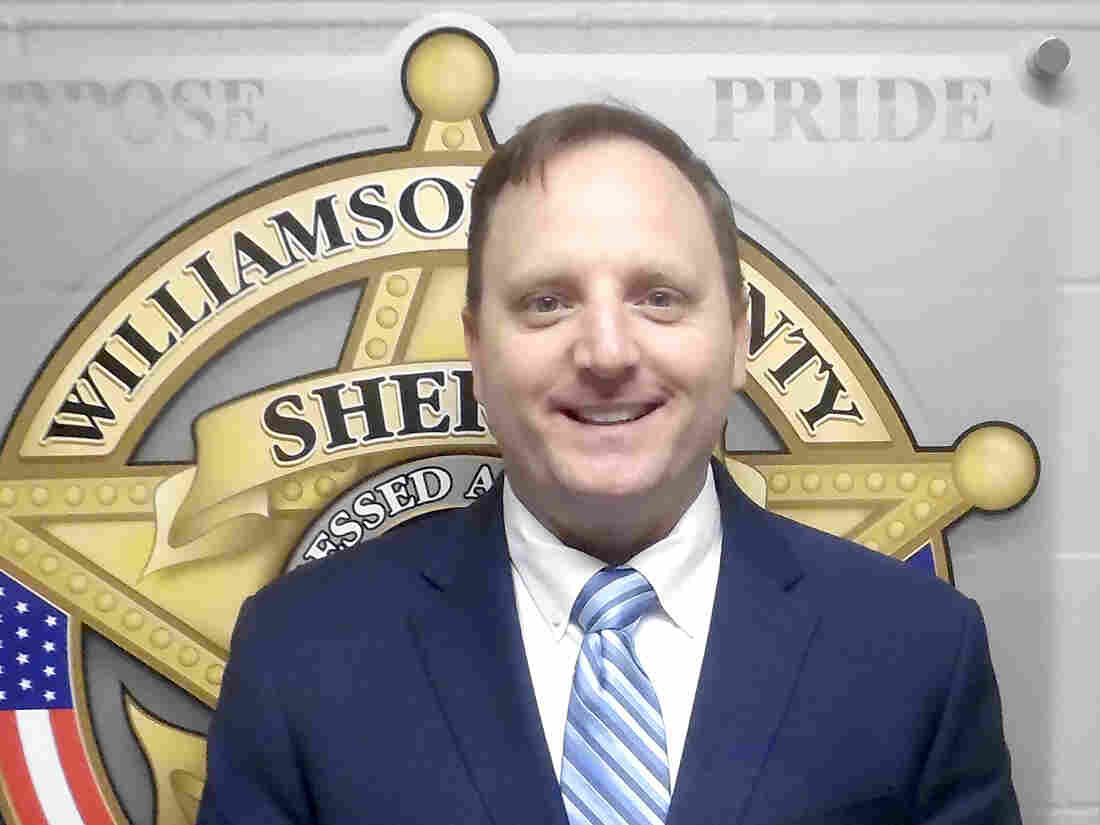 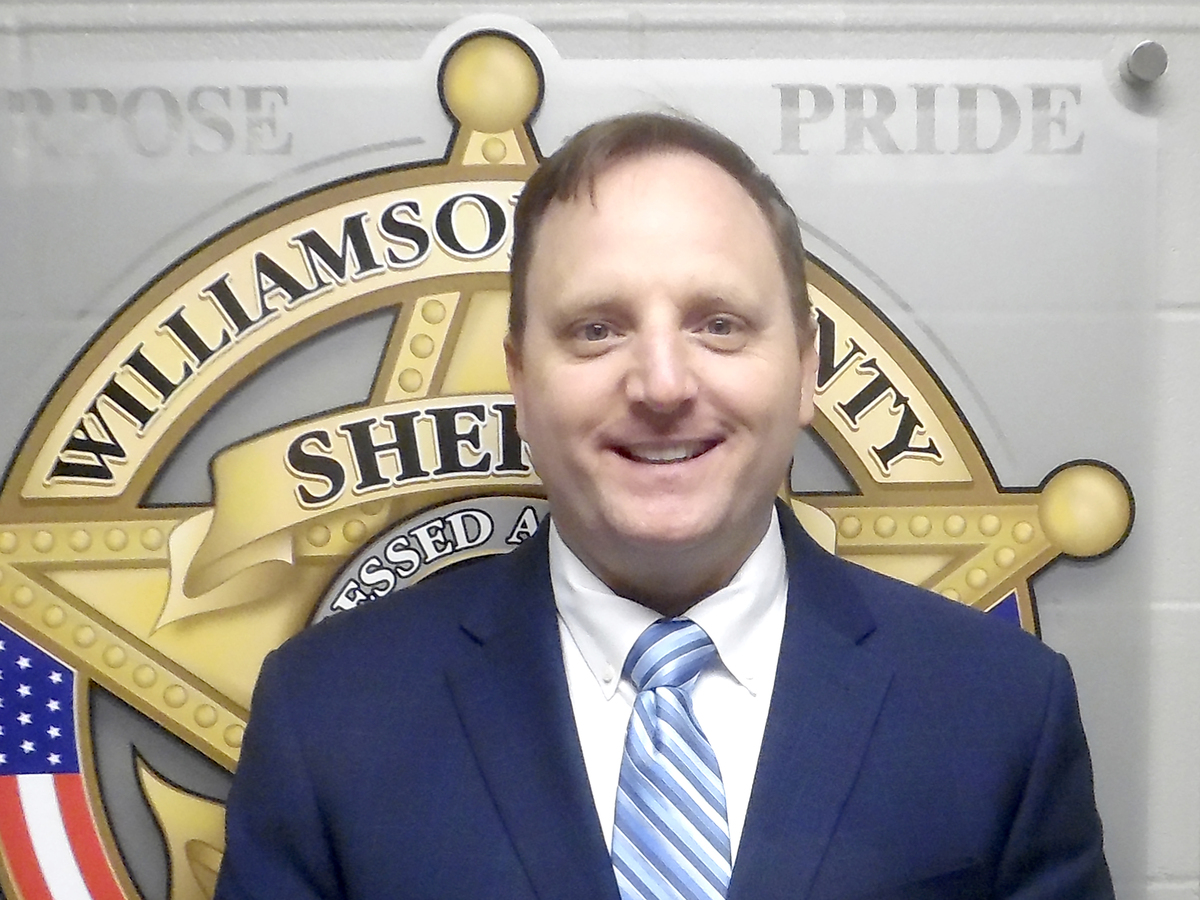 Williamson County Sheriff Robert Chody was booked on Monday on a $10,000 bond. A grand jury indicted the Texas sheriff on charges of destroying or concealing video in an investigation into the death of Javier Ambler, a Black man who died in police custody last year.

A Texas sheriff has been indicted on felony charges of tampering with evidence in the case of Javier Ambler, a Black man who was killed by police last year during a traffic stop that escalated into a high-speed chase caught on film by a reality television show.

Sheriff Robert Chody, who turned himself in, was arrested and booked on Monday. He was released shortly after posting $10,000 bail.

The Williamson County grand jury indictment accuses Chody of intentionally destroying or concealing video and audio recordings of the fatal encounter, which was filmed for the television show Live PD.

Jason Nassour, a lawyer with the county attorney's office, was also indicted on the same felony evidence-tampering charge.

According to the indictment sheriff's deputies J.J. Johnson and Zach Camden first tried to pull Ambler over for allegedly failing to dim his headlights. But the routine stop became a 22-minute car chase with a helicopter and the television crew in tow. During the chase, Ambler struck a number of vehicles and eventually disabled his own. By then, the pursuit had crossed over into Travis County.

Body camera footage from an Austin Police Department officer, offers a disturbing record of Ambler's final moments: The 40-year old postal service worker was tased four times as pleaded repeatedly for officers to stop. He repeatedly cried out in agony, telling the deputies he suffered from congestive heart failure and exclaiming, "Save me. I can't breathe."

He died at the scene, where Chody and Nassour were also present.

The case went largely unnoticed by the public for months until an investigation by the Austin American-Statesman and local news station KVUE provided a detailed account of Ambler's death and uncovered the destruction of the raw and unaired Live PD footage. The show was canceled in June and according to the Statesmen, the production company held on to the footage at the request of investigators. But after some time, the recordings were destroyed.

Live PD was a ratings hit for A&E and had been on the air for four years. But amid nationwide protests against police brutality and a slew of recorded incidents of excessive use of force against people of color, the cable network moved to yank the show off the air.

Live PD producers have since told KVUE that they only disposed of the recordings after they were told by Chody's office that the investigation was completed using body camera footage and dash camera video.

Dan Abrams, the host of the show, explained the program's policies on retaining raw footage on his podcast, the Dan Abrams Show, saying:

But investigators from the Austin Police Department and the Travis County District Attorney's civil rights division say they were still relying on obtaining the footage, KVUE reported.

Chody, who is up for reelection, addressed the indictment and ongoing investigation by the Williamson County District Attorney in a news conference hours after he made bail.

He categorically denied allegations that he attempted to impair the investigation and said he would later provide ample email correspondence as evidence that he willingly cooperated with all aspects of it.

Reading from a lengthy prepared statement, the sheriff attacked Dick, whom he called "petty," and accused him of acting "in a vindictive and politically motivated manner by seeking an indictment in this case."

Chody said Travis County District Attorney Margaret Moore took "no action for 19 months" and suggested she only agreed to launch the investigation "to try to save herself during a runoff election."

Chody's attorney, Gerry Morris, also dismissed the charges, claiming the sheriff was a "scapegoat" for Dick and Moore's own failures.

"To say that this is critical evidence is baloney," Morris said. "There was a chopper in the air that followed Ambler," and several vantage points of the incident from a variety of bodycam videos, he said.

He added: "The videos show that [Chody's] deputies did nothing wrong."

Chody's office fought the release of body camera footage and other documents related to Ambler's death. They were only provided to news outlets after the sheriff was compelled by the Texas Attorney General's Office,which said it could not withhold the records.

Travis County District Attorney Moore on Monday said a grand jury there could potentially bring additional charges against Chody and Nassour, as well as deputies Johnson and Camden for excessive use of force.