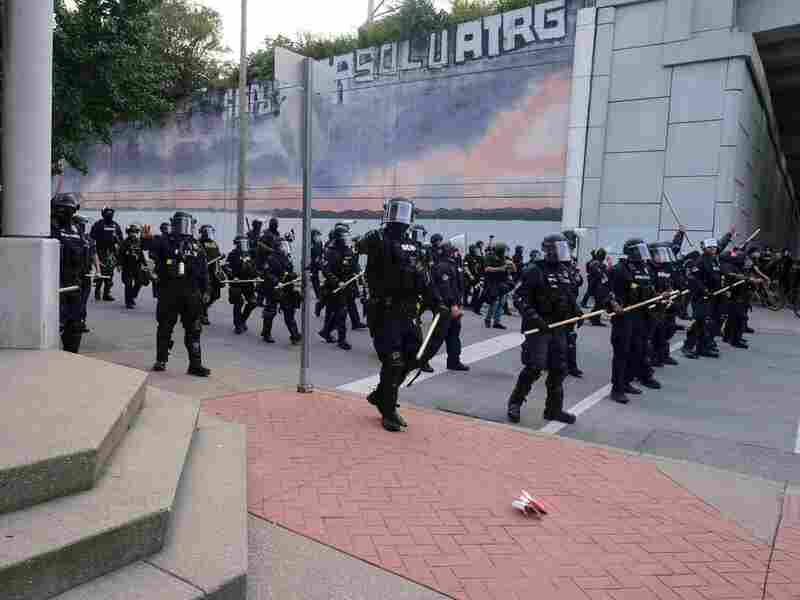 A police line approaches demonstrators in downtown Louisville, Ky., last week during protests over the lack of criminal charges in the police killing of Breonna Taylor and the result of a grand jury inquiry. Jeff Dean/AFP via Getty Images hide caption 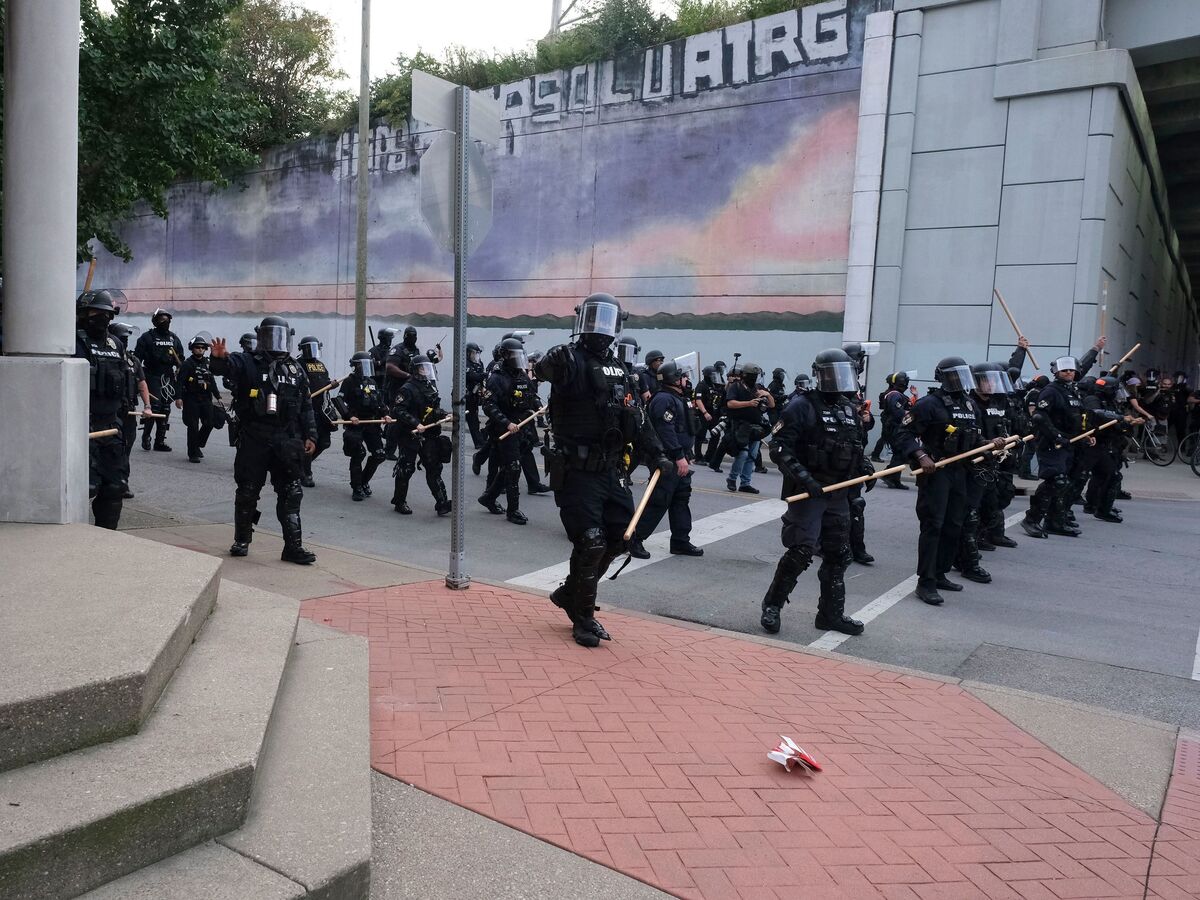 A police line approaches demonstrators in downtown Louisville, Ky., last week during protests over the lack of criminal charges in the police killing of Breonna Taylor and the result of a grand jury inquiry.

Yvette Gentry will become the third police chief in the city of Louisville, Ky., since the police killing of Breonna Taylor in March.

After serving in the department for two decades — including time as a deputy police chief — Gentry retired in 2014. She will be the first Black woman to lead the department and will serve on an interim basis.

Gentry says she decided to take the role as police chief after hearing from the community.

"I could see a lot of people both inside the agency and out here protesting that really were uncomfortable with the way things were happening," Gentry tells All Things Considered. "And so I feel like I was best suited to stand in the gap because I know the agency, I know the city, I know a lot of the inequities that have taken place across the city, and so I can come in here and make sure that we create better conditions for people so that they don't feel left out and they don't feel angry all the time and disenfranchised." 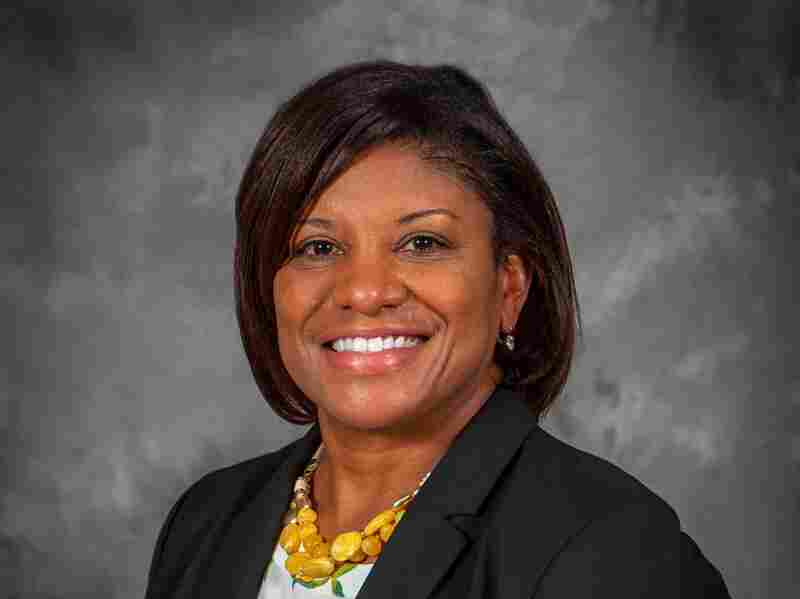 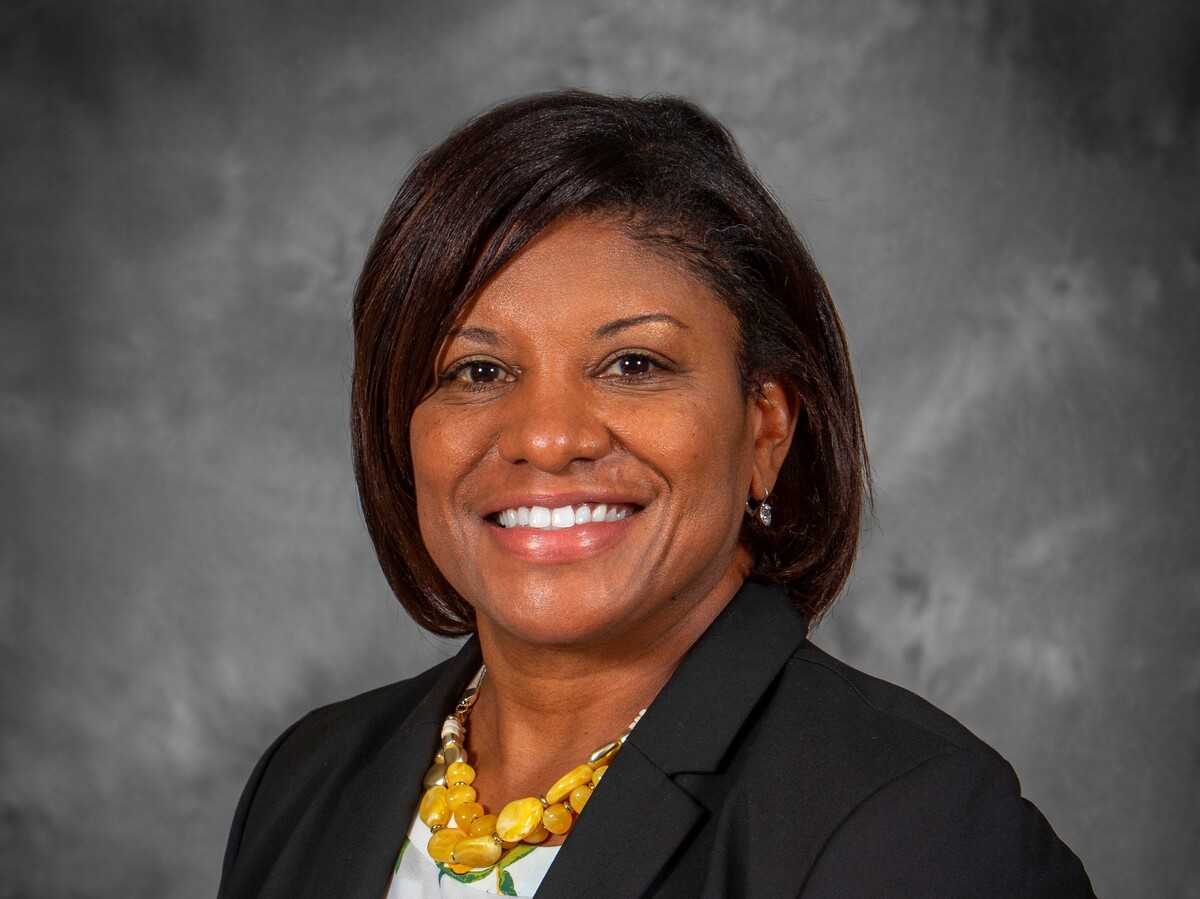 Yvette Gentry will be the first Black woman to lead the Louisville Metro Police Department. She is the third police chief in the city of Louisville, Kentucky since the police killing of Breonna Taylor in March.

Gentry takes the helm during a tense time in the city. For months, there have been protests over Taylor's death. A Kentucky grand jury declined to charge any officers with the actual shooting of Taylor, prompting protesters to demand the release of court recording that led to the decision. Kentucky Attorney General Daniel Cameron agreed to release the recordings, but on Wednesday, a judge granted Cameron's request for more time in order to redact witnesses' personal information. Now, the deadline to release the recordings is Friday at noon.

"I am, too, anxiously awaiting to see what the [attorney general] presented, because what's important to me is that the proper scope of the investigation was done at that level," Gentry says. "People want to know from start to finish what happened in that case, and I certainly want to know that, and I think the public and the family deserve that as well. And the officers who are out here on the front lines."

Here are excerpts from her interview, in which Gentry discusses why she took the position, the Taylor case and the changes she hopes to implement in the department.

Black Americans make up about a quarter of Louisville's population, but only about 10% of the department's officers are Black. What's the disconnect?

I think a lot of it is the pushback that they get in the community. If you look at any of these videos, from some of the protests and some of the ways that the Black officers were portrayed as traitors, a lot of the things that happened in the media and also happened on the streets every day, really make it a very, very tough sell for African American officers.

One of the officers involved in the Taylor shooting, Jonathan Mattingly, sent a letter to his colleagues, calling some protesters "thugs" and saying criminals were being canonized. How widely do you think his views are shared in the department?

I still wholeheartedly believe in the overwhelming majority of the police officers here. There is a lack of discipline. We had several commanders, getting on social media ... and putting those comments out that are very disheartening, inappropriate and they send the wrong message to the officers that are on the front lines. So we have to deal with that lack of discipline at the top.

For people who feel like the department hasn't done enough to reform, what is the case for putting you in charge?

The reforms are going to take a life of its own, but I will tell you this: I am not a fan of taking a lot of tools off the table because the reality is, it moves deadly force up, which is supposed to be the overarching goal that we're trying to prevent. So I think the important thing is to focus on recruitment, to make sure we have the right person, because the right tool in the wrong hands is always going to be a bad idea. So if we get the right men and women in here, then the tools are going to be used appropriately.

The audio version of this story was produced and edited by Dave Blanchard and Christopher Intagliata.