Accessibility links
Alabama Gov. Apologizes To Surviving '5th Girl' Of 1963 KKK Bombing : Updates: The Fight Against Racial Injustice "There should be no question that Ms. Collins Rudolph and the families of those who perished ... suffered an egregious injustice that has yielded untold pain and suffering over the ensuing decades." 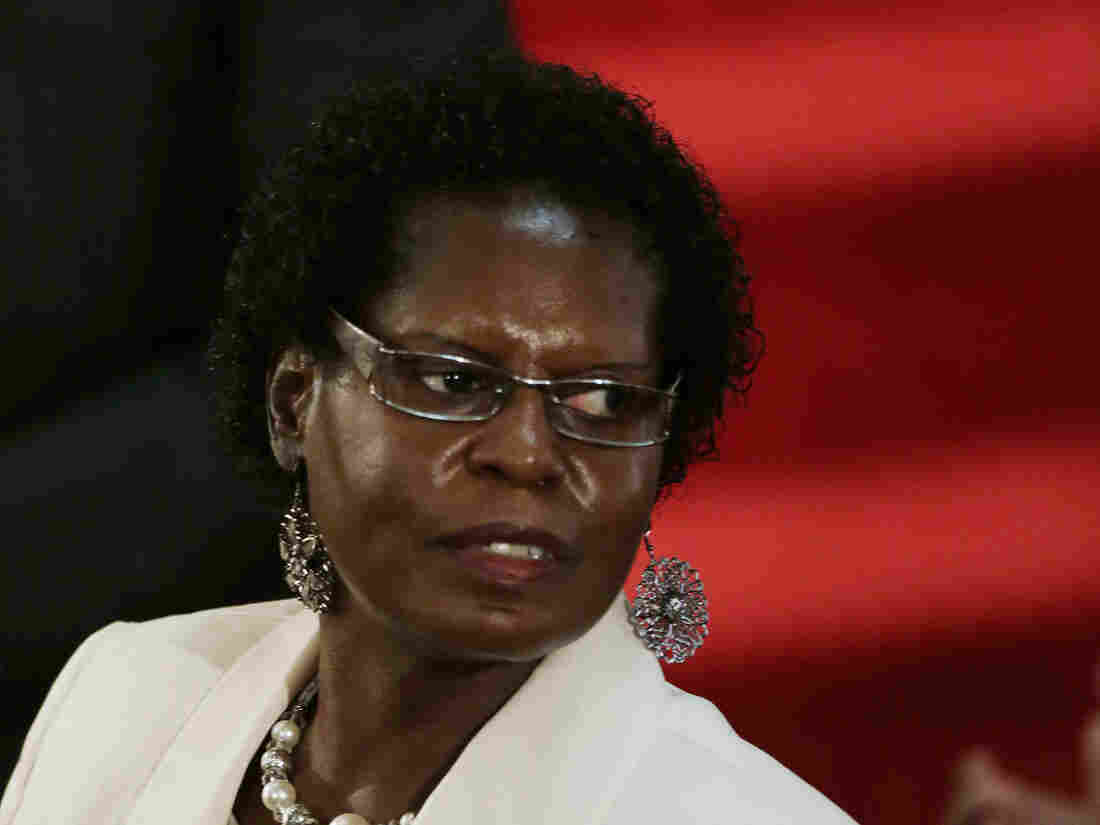 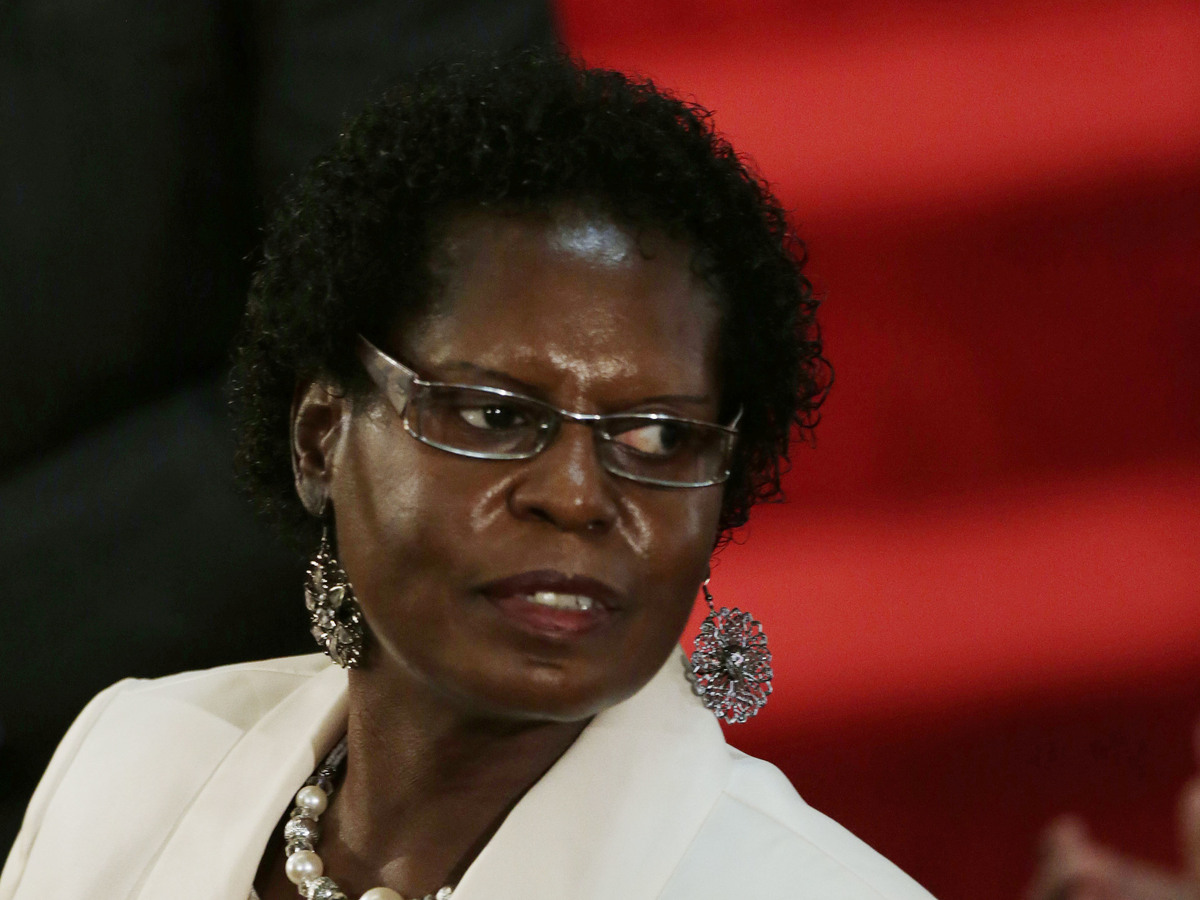 Sarah Collins Rudolph was 12 years old when the explosion of a bomb, planted by the Ku Klux Klan, ripped through the basement of the 16th Street Baptist Church in Birmingham, Ala., in 1963.

Her sister and three other young girls were killed by the dynamite blast, and although she survived, she lost an eye and was hospitalized for months. Since then, the medical bills and the trauma of that violent Sunday have haunted her.

On Tuesday, after 57 years, 15 days and multiple pleas for an apology and compensation, Alabama Gov. Kay Ivey tried to make amends for the hateful attack.

"There should be no question that Ms. Collins Rudolph and the families of those who perished — including Ms. Collins Rudoloph's sister, Addie Mae, as well as Cynthia Wesley, Carole Robertson and Carole Denice McNair — suffered an egregious injustice that has yielded untold pain and suffering over the ensuing decades," Ivey wrote in a letter.

"For that, they most certainly deserve a sincere, heartfelt apology — an apology that I extend today without hesitation or reservation," the Republican governor added.

The gesture comes weeks after Collins Rudolph, through her lawyers, pressed the governor to offer restitution for the decades of physical and emotional suffering she has endured.

In a Sept. 14 letter to the governor, lawyers for "the fifth little girl," assert that the KKK bombing was directly incited by state leaders. Specifically, that the white supremacist group was "inspired and motivated by then-Gov. [George] Wallace's racist rhetoric." It adds that Wallace and other state leaders of the era, "played an undisputed role in encouraging its citizens to engage in racial violence."

Wallace championed segregation throughout the South. During his gubernatorial inauguration months before the bombing, he infamously delivered the line: "Segregation now, segregation tomorrow, and segregation forever!"

Later that year, he tried to stop integration at the University of Alabama in Tuscaloosa by standing in the doorway of an auditorium on the school's campus to block two Black students from entering.

Meanwhile, the bombers of the 16th Street Baptist Church escaped immediate prosecution. The FBI later explained that by 1965 the bureau had built a case against several KKK members, but "witnesses were reluctant to talk and physical evidence was lacking." As a result, no federal charges were filed.

The case was reopened by Alabama Attorney General Robert Baxley in 1970. Seven years later, a jury convicted Klansman Robert Chambliss to life in prison for McNair's murder. In 1995, the FBI reopened their own investigation, leading to the convictions of Thomas Blanton in 2001 and Frank Bobby Cherry, in 2002.

A fourth KKK member and suspect, Herman Cash, was never charged. He died of cancer in 1994.

In 2013, days before the 50th anniversary of the bombing, the four girls who were killed received posthumous Congressional Gold Medals.

Collins Rudolph, who has worked much of her life as a house cleaner and a factory worker — both jobs without health insurance — has sought financial restitution at the state and municipal levels for decades.

"I still shake. I still jump when I hear loud sounds," Collins Rudolph told NPR in a 2013 interview."

"Every day I think about it, just looking in the mirror and seeing the scars on my face. I'm reminded of it every day," she said.

In October 2013, Collins Rudolph went before the Birmingham City Council to ask for financial help, but then-Mayor William Bell said the city was not in a position to cut her a check.

But her lawyers say now is the right time for "long overdue justice."

Ivey, however, like governors before her, raised questions about the culpability of the state in the attack at the church. "Having said that, there should be no question that the racist, segregationist rhetoric used by some of our leaders during that time was wrong and would be utterly unacceptable in today's Alabama," she wrote.

Ivey invited Collins Rudolph's lawyers to meet with attorneys from her own office and from the state legislature to begin discussions on race and the latest round of her demands. But she stopped short of committing to any type of financial restitution.

Ivey wrote that beginning a conversation "without prejudice for what any final outcome might produce" could be part of her administration's efforts "to foster fruitful conversations about the all-too-difficult — and sometimes painful — topic of race, a conversation occurring not only in Alabama but throughout America."