Accessibility links
Mellon Foundation Pledges $250 Million to Rethink US Monuments, Memorials : Updates: The Fight Against Racial Injustice The new project will fund efforts to create new monuments, as well as contextualize or relocate existing ones, to tell a "more inclusive story of our history." 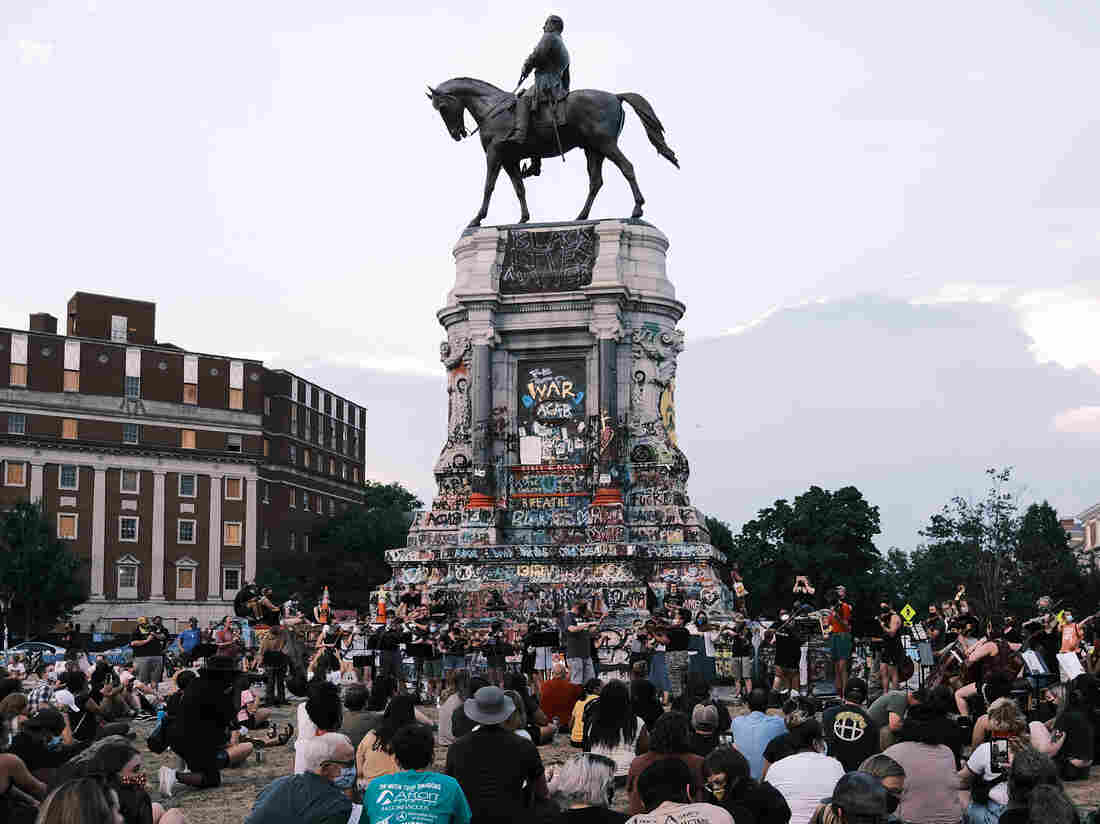 Hundreds of people gather at the Robert E. Lee monument in Richmond, Va., in July. The Mellon Foundation says it will spend $250 million over five years to re-imagine commemorative spaces in the U.S. Eze Amos/Getty Images hide caption 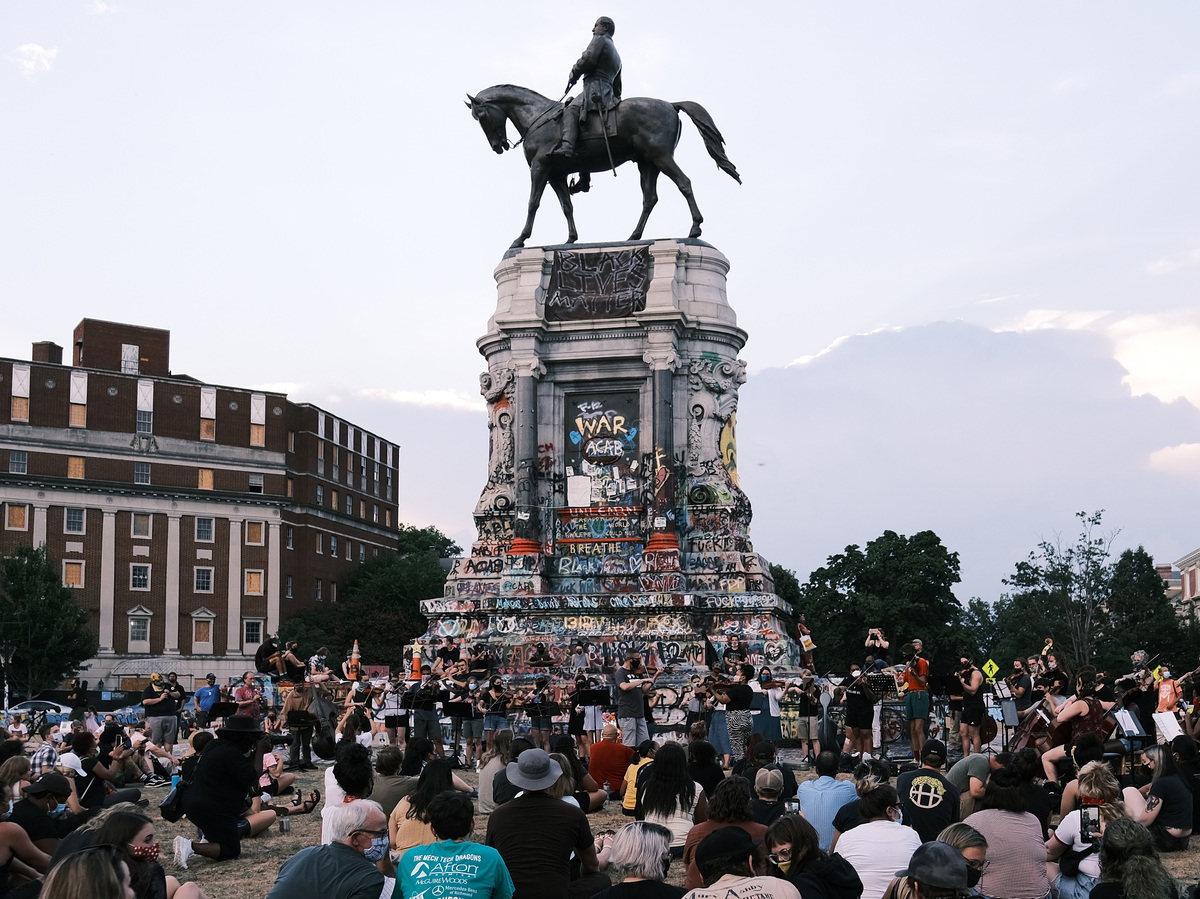 Hundreds of people gather at the Robert E. Lee monument in Richmond, Va., in July. The Mellon Foundation says it will spend $250 million over five years to re-imagine commemorative spaces in the U.S.

The Andrew W. Mellon Foundation says the nation's current monuments offer an "incomplete and even inaccurate" picture of the nation's diversity and complicated history.

So it's pledging $250 million over five years to change that.

The foundation is among the largest funders of arts and humanities in the United States. The new initiative is the largest in its 51-year history, and it will allocate funds to relocate or contextualize monuments and memorials, as well as create new ones.

The initiative comes at a time of racial reckoning for the U.S., spurred by the death of George Floyd and the Black Lives Matter movement. The long-running debate on whether to remove or keep prominent symbols of the confederacy has reached a new level of urgency.

'Somebody Knew Them': New Monument Will Honor '(Un)Known' Enslaved People

While many cities have removed confederate statues, their removal has also met intense opposition.

Some statues have been toppled. Others remain fiercely guarded.

The nonprofit won't itself recommend monuments for removal or rethinking, foundation president Elizabeth Alexander told The New York Times. Instead, it will fund projects that are brought to it.

"The beauty of monuments as a rubric is, it's really a way of asking, 'How do we say who we are? How do we teach our history in public places?'" Alexander said in an interview with the Times.

The project's first grant will provide funding to an independent public art and research studio called Monument Lab. The Philadelphia-based studio will use the grant to conduct "a definitive audit" the country's existing monuments.

The Mellon Foundation's monuments project follows an announcement in June that it was revising its mission to put a focus on social justice. The organization has distributed over $7 billion in grants since its founding in 1969.

"The project seeks to ensure that future generations inherit a memorial landscape that venerates and reflects the vast, rich complexity of the American experience," the foundation said in a statement, "and tells a fuller, more inclusive story of our history."