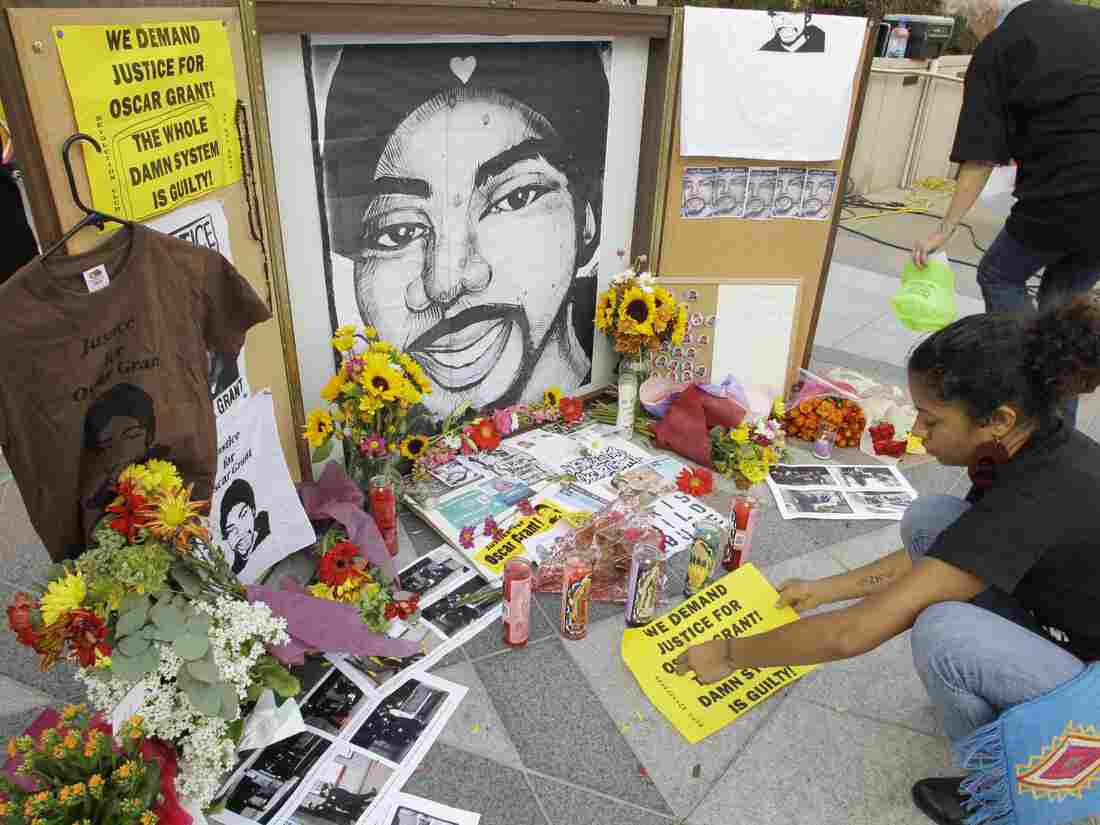 A woman leaves a sign at a street-side memorial to shooting victim Oscar Grant in Oakland, Calif., in 2010. A Northern California prosecutor announced Monday that she will reopen the investigation into the killing of Grant at a train station by a police officer 11 years ago. Paul Sakuma/AP hide caption 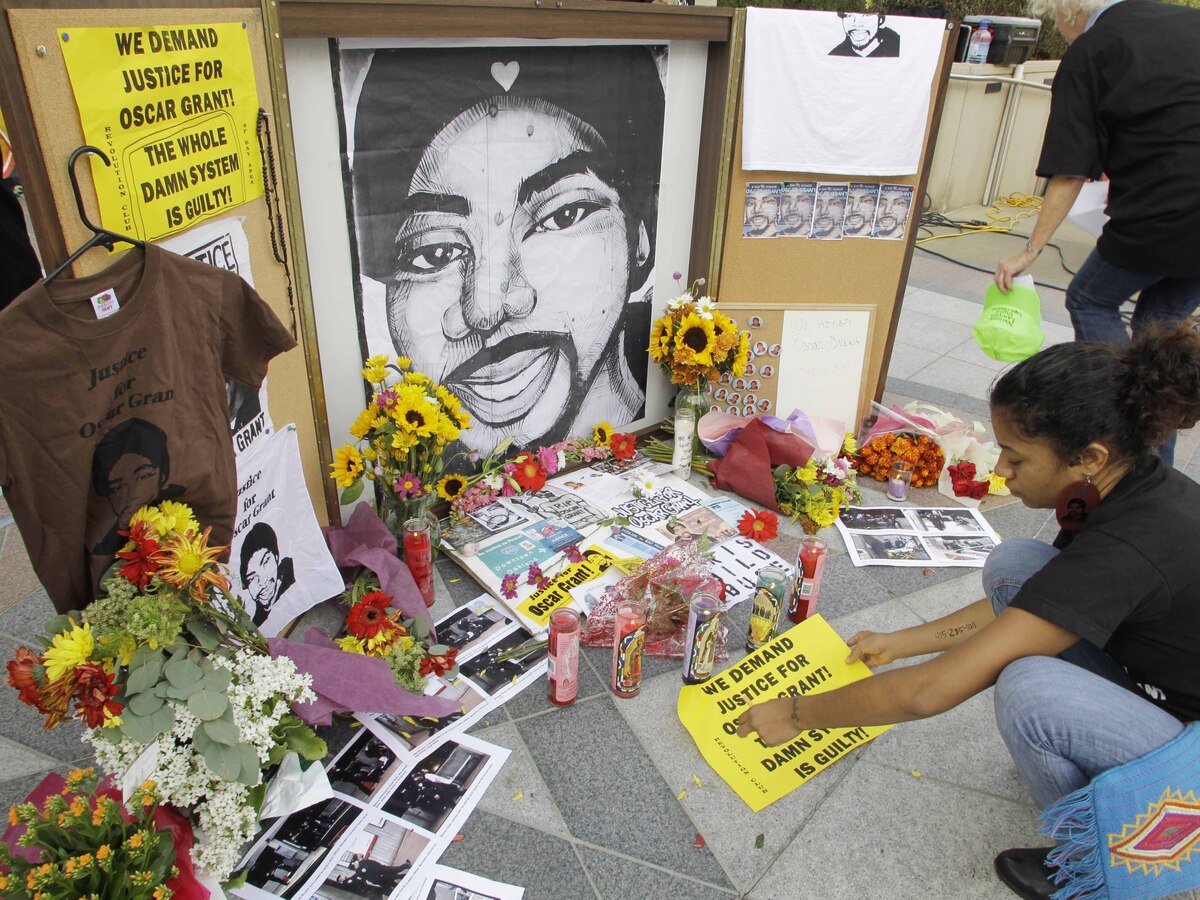 A woman leaves a sign at a street-side memorial to shooting victim Oscar Grant in Oakland, Calif., in 2010. A Northern California prosecutor announced Monday that she will reopen the investigation into the killing of Grant at a train station by a police officer 11 years ago.

A California district attorney says her office is reopening its investigation of the shooting death of Oscar Grant, a Black man who was killed by a Bay Area Rapid Transit police officer more than a decade ago.

The announcement was made Monday on the heels of a rally held by Grant's family in Oakland demanding new charges be filed against one of the officers involved in the deadly encounter.

Grant was fatally shot while lying face down on a train platform at Fruitvale Station on New Year's Day 2009. His death was captured on cell phone video, which went viral and sparked protests in Oakland calling for officers to be brought to justice.

"We have listened closely to the requests of the family of Oscar Grant. The murder of Oscar Grant greatly impacted the county and the state," Alameda County District Attorney Nancy O'Malley said in a statement emailed to NPR.

"We are re-opening our investigation," O'Malley continued. "I have assigned a team of lawyers to look back into the circumstances that caused the death of Oscar Grant. We will evaluate the evidence and the law, including the applicable law at the time and the statute of limitations and make a determination."

The Grant family is calling for felony murder charges to be filed against former BART officer Anthony Pirone, according to The Mercury News, which first reported the Grant murder investigation was being reexamined.

"Absolutely we are hopeful that Nancy O'Malley and her team will do the right thing, and the right thing is to convict Pirone for his actions in causing my son to lose his life and be killed," Wanda Johnson, Grant's mother, told the Mercury News.

Pirone, who was fired but never charged in the incident, used his knee to pin Grant down. It was in a manner similar to that of the then-police officer in Minneapolis who is facing a second-degree murder charge in the Memorial Day killing of George Floyd this year.

"We've continued to stay ... engaged with the Grant Family as BART has worked to implement progressive policing reform over the years in response to the tragic killing of Oscar Grant," Alicia Trost, a BART Chief Communications Officer said in a statement emailed to NPR.

The statement went on to say it settled a civil lawsuit with the Grant family roughly a decade ago. Additionally it said Pirone and the officer who shot Grant, Johannes Mehserle, are no longer with the transit agency.

In 2019 officials released a long-sealed internal affairs investigation of what lead to Grant's death. It called Pirone's actions "aggressive and unreasonable" and added that he used a racial slur when detaining Grant.

"Pirone was, in large part, responsible for setting the events in motion that created a chaotic and tense situation on the platform, setting the stage, even if inadvertent, for the shooting of Oscar Grant," the report states.

Mehserle was charged with murder, but maintained throughout his trial that he mistakenly grabbed his service weapon, not his Taser, as he was attempting to arrest Grant.

His trial was moved to Los Angeles where a jury convicted him of a lesser charge of involuntary manslaughter. As member station KQED reports, Mehserle, was convicted in 2010 and sentenced to a two-year prison term. However, he was released in 2011 after serving just 11 months.

Oscar Grant's name became a rallying cry and another example of excessive force by law enforcement against communities of color. Similar claims are being made at recent national protests sparked by the deaths of Black Americans Floyd, Breonna Taylor, Elijah McClain and others this year.

A 2013 film, Fruitvale Station, based on Grant's final moments, helped introduce new audiences to his story. It won awards including the Grand Jury Prize at the Sundance Film Festival that year.