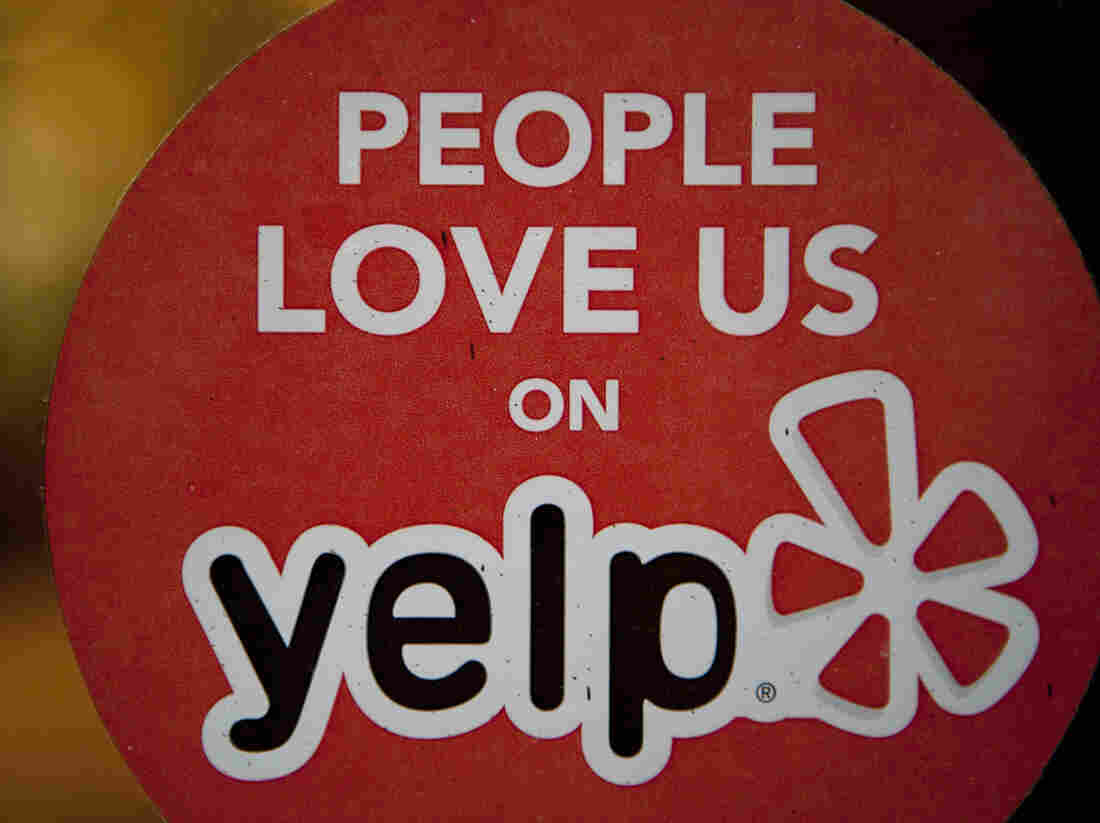 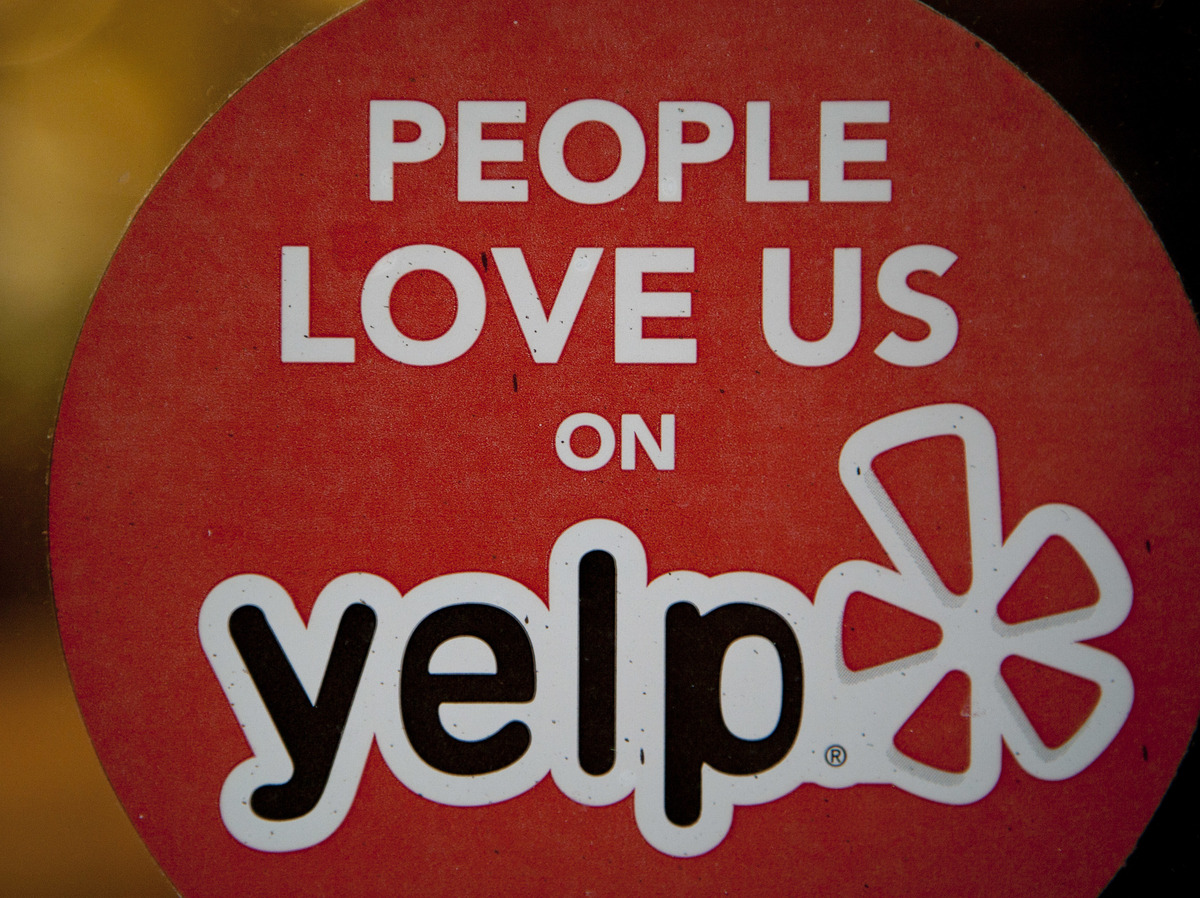 Yelp announced a new initiative on Thursday to label businesses that users have reported for racist behavior.

In what the company calls a "firm stance against racism," the review site Yelp will warn consumers when a business has been reported for racist behavior.

The company said it would only add this alert to a business page "when there's resounding evidence of egregious, racist actions from a business owner or employee."

This will include behavior such as "using overtly racist slurs or symbols."

"As the nation reckons with issues of systemic racism, we've seen in the last few months that there is a clear need to warn consumers about businesses associated with egregious, racially-charged actions to help people make more informed spending decisions," the San Francisco-based company said in a Thursday statement.

On social media, the announcement prompted some praise, but also skepticism from users who questioned how the initiative would be enforced.

The company said the alert will require a news article from a "credible media outlet." A link to the article will accompany the notice, and it will appear over the reviews until dismissed.

The Law Office of Aaron M Schlossberg in New York was one of the first businesses for which the alert was used. Schlossberg went viral in 2018 after shouting a racist rant at employees at a Manhattan restaurant for speaking Spanish. He later apologized. 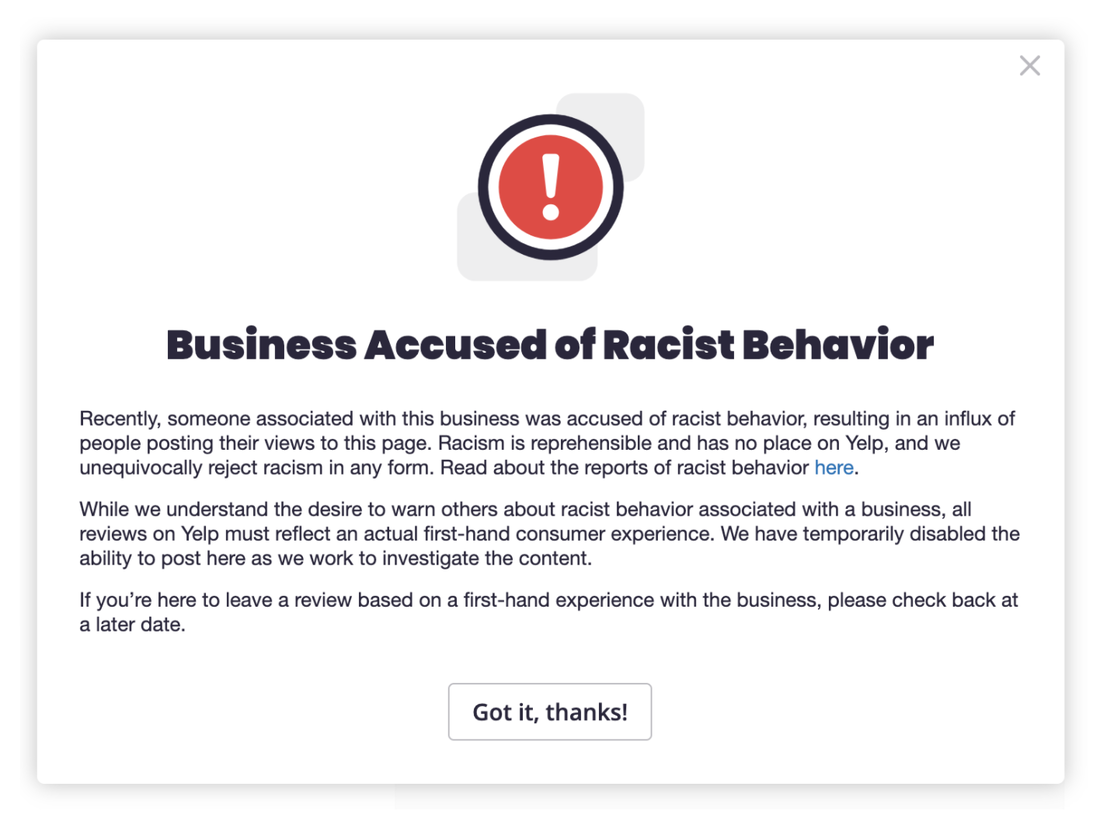 A screenshot of the new alert. Yelp/Screenshot by NPR. hide caption 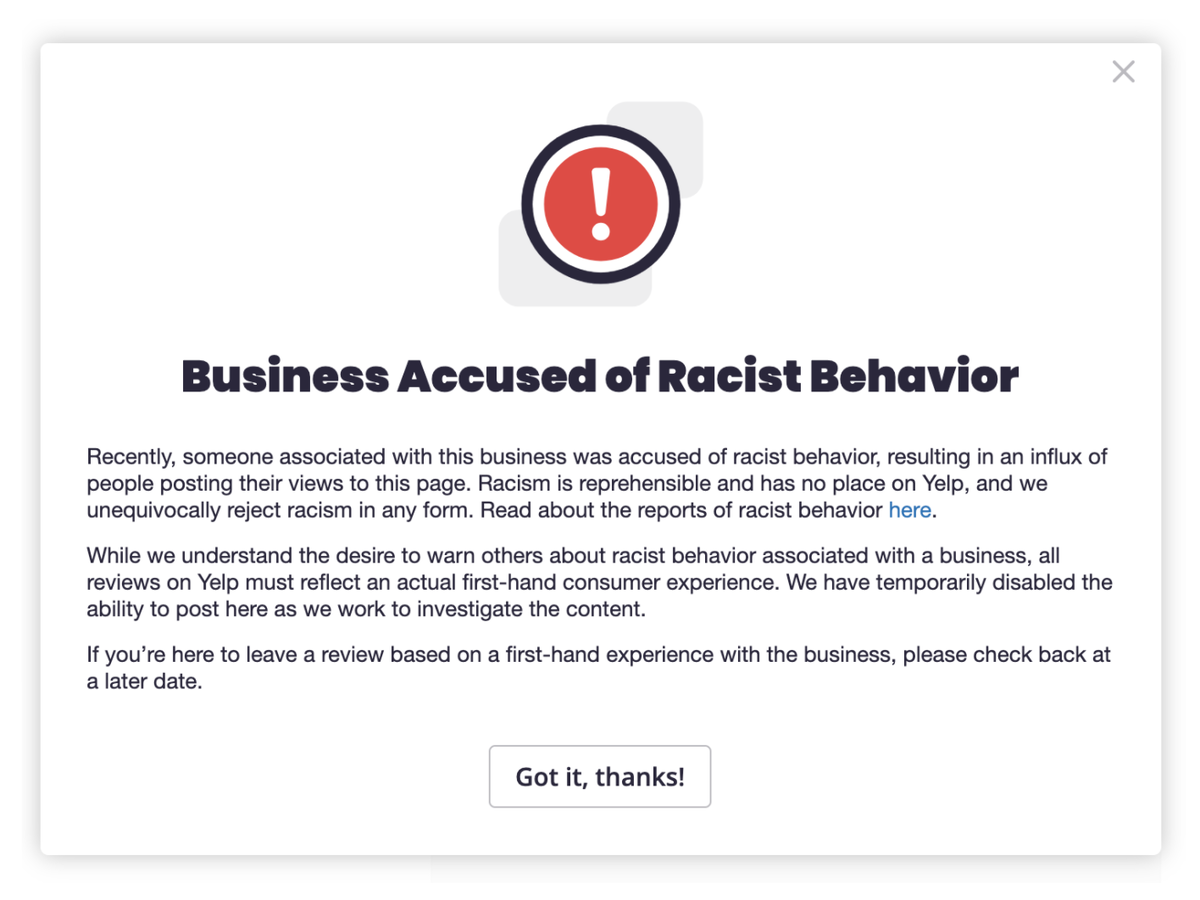 A screenshot of the new alert.

If more reviews are coming in than usual, the company may put up a less prominent "public attention" notice, warning that the business "may be receiving an influx of reviews as a result of increased attention."

"Our team of moderators will investigate and temporarily disable content as we place an alert on the business's page to warn users that some of these reviews may not be based on firsthand experiences," the Yelp spokesperson said.

"After we've seen activity dramatically decrease or stop, we will then clean up the page so that only firsthand consumer experiences are reflected."

The company said it placed more than 450 of the public attention alerts on business pages either accused of or the target of racist behavior from the end of May to September.

Yelp only allows firsthand reviews — not ones spurred by online attention or media reports — which the company has had trouble with in the past.

In 2019, the review site removed at least 3,000 reviews that were either politically motivated or influenced by celebrities.

This year, Yelp reports a 133% increase in the number of "media-fueled" incidents compared with the same period last year.

This isn't Yelp's first foray into tackling social issues with new features. In 2017, it allowed customers to find businesses that had gender-neutral bathrooms.

For companies, a bad rating can make a big difference.

Back in 2011, a Harvard Business researcher found on average, a one-star increase can mean up to a 9% increase in revenue.

Marketing software company BrightLocal surveyed more than 1,000 consumers and 82% reported using online reviews when looking for businesses. Those without five stars risk losing 12% of their customers, according to the study.

"Increasingly, consumers across the U.S. are voting with their dollars by supporting businesses that align with their values," Yelp said Thursday. "As always, we continue to evaluate how we can best use our platform to build a better, more equitable and inclusive environment."