Accessibility links
Judge In George Floyd Case Allows Video Of Prior Arrest To Be Made Public : Live Updates: Protests For Racial Justice The prosecution had sought a 48-hour seal on court filings, which include a submission from the defense of footage of the 2019 encounter, in hopes of discussing what information to release. 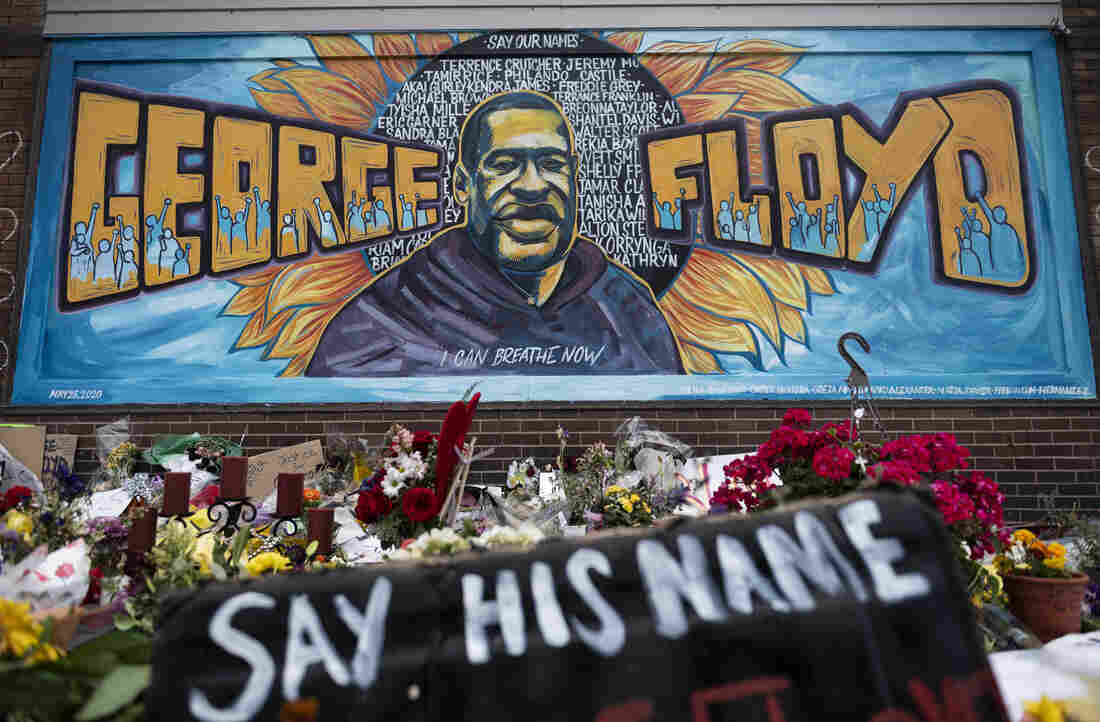 A memorial stands where George Floyd was killed in Minneapolis on May 25 while in police custody. Stephen Maturen/Getty Images hide caption 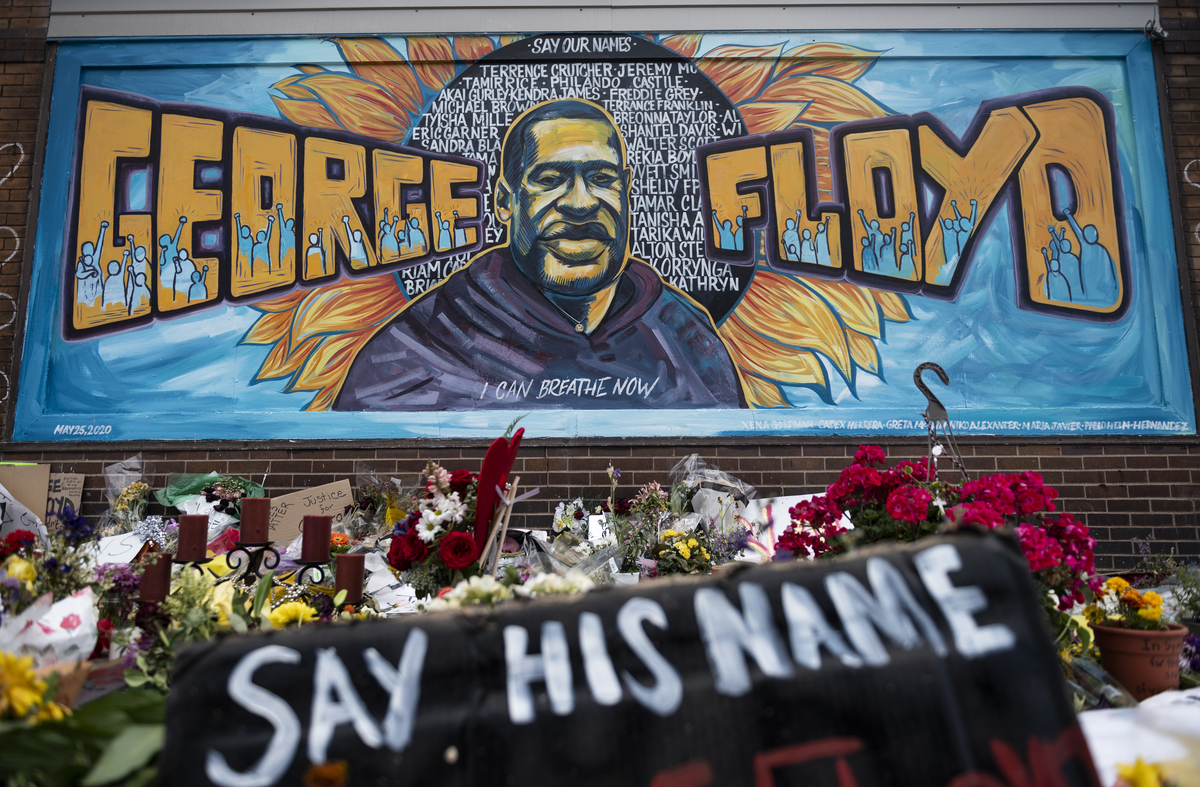 A memorial stands where George Floyd was killed in Minneapolis on May 25 while in police custody.

A Minnesota judge in the case of four ex-Minneapolis police officers charged in the killing of George Floyd ruled in favor of defense attorneys to allow video and transcripts of a previous police encounter with Floyd to be made public.

Hennepin County District Court Judge Peter Cahill rejected the prosecution's push to place a 48-hour seal on court filings. It followed a move by one of the defense attorneys to submit evidence of Floyd's May 2019 arrest, which took place almost a year before he died in police custody as a result of being pinned down on a Minneapolis street.

Cahill said in Thursday's court proceedings that the video "shows what basically everybody knows: George Floyd was arrested on a previous occasion," according to the Minneapolis Star Tribune.

The judge declined to further delay the release of court filings, the newspaper notes, but said he will not allow audio, video or photos to be attached to future filings.

The office of Minnesota Attorney General Keith Ellison, which is prosecuting the case, tried to put a delay of two business days on making new information public to give counsel on both sides time to deliberate, reports Minnesota Public Radio.

Earl Gray, an attorney for one of three officers facing charges of aiding and abetting murder in Floyd's death, submitted the May 2019 police encounter to the court, according to MPR.

The video of Floyd's arrest last year captures him initially not complying with police demands to put his hands on his head or the dashboard of the passenger side of the vehicle he was riding in. He also appears to be in possession of pills, according to police in the video.

The video also shows that eventually, Floyd and the man who was driving the vehicle complied, and both were taken into custody without incident.

The footage of the previous arrest will almost certainly be the subject of future debate over whether it will be presented to jurors in next year's trial, The Washington Post reports.

Former officers Thomas Lane, Tou Thao and Alexander Kueng are charged with aiding and abetting murder in the killing of Floyd, which sparked international protests calling for an end of systemic racism and police brutality.

Derek Chauvin, the ex-officer who knelt on Floyd's neck for several minutes, faces second-degree and third-degree murder and manslaughter charges.

All four officers have been released from jail on bond. Their trial is expected to start in March.