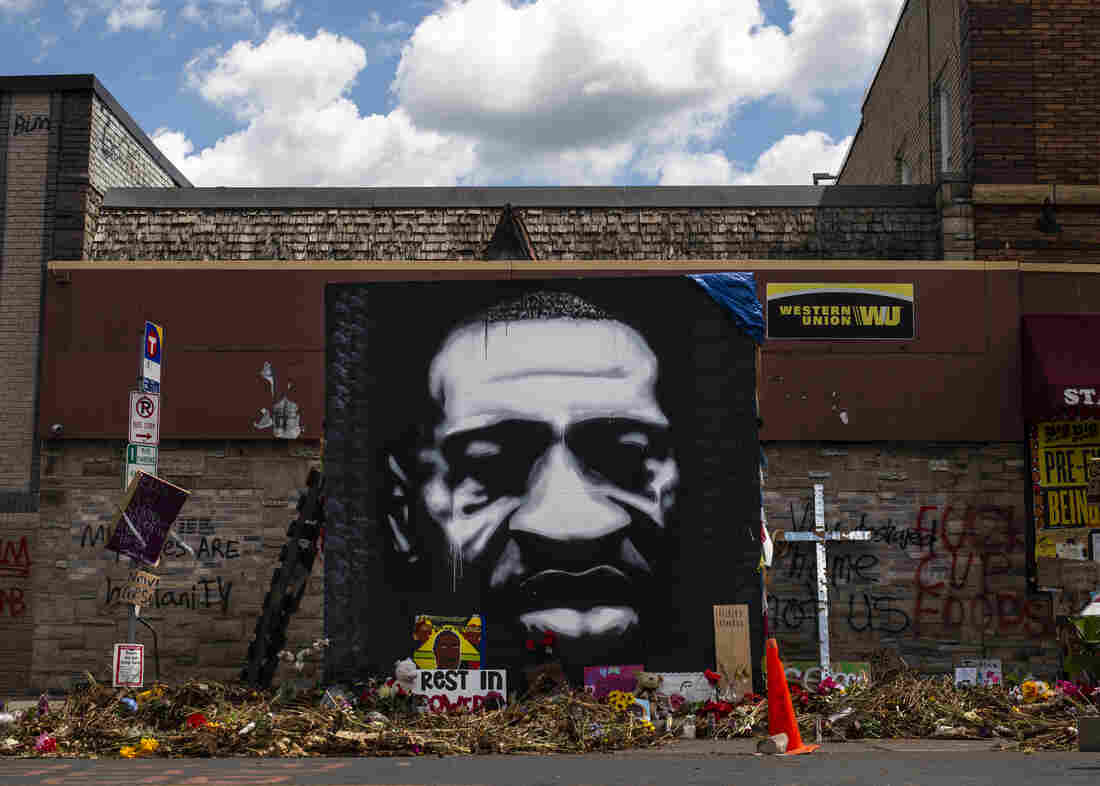 A mural honors George Floyd at the intersection of 38th St. and Chicago Ave., where he was killed by Minneapolis police on May 25, inspiring protests and police reform efforts. Stephen Maturen/Getty Images hide caption 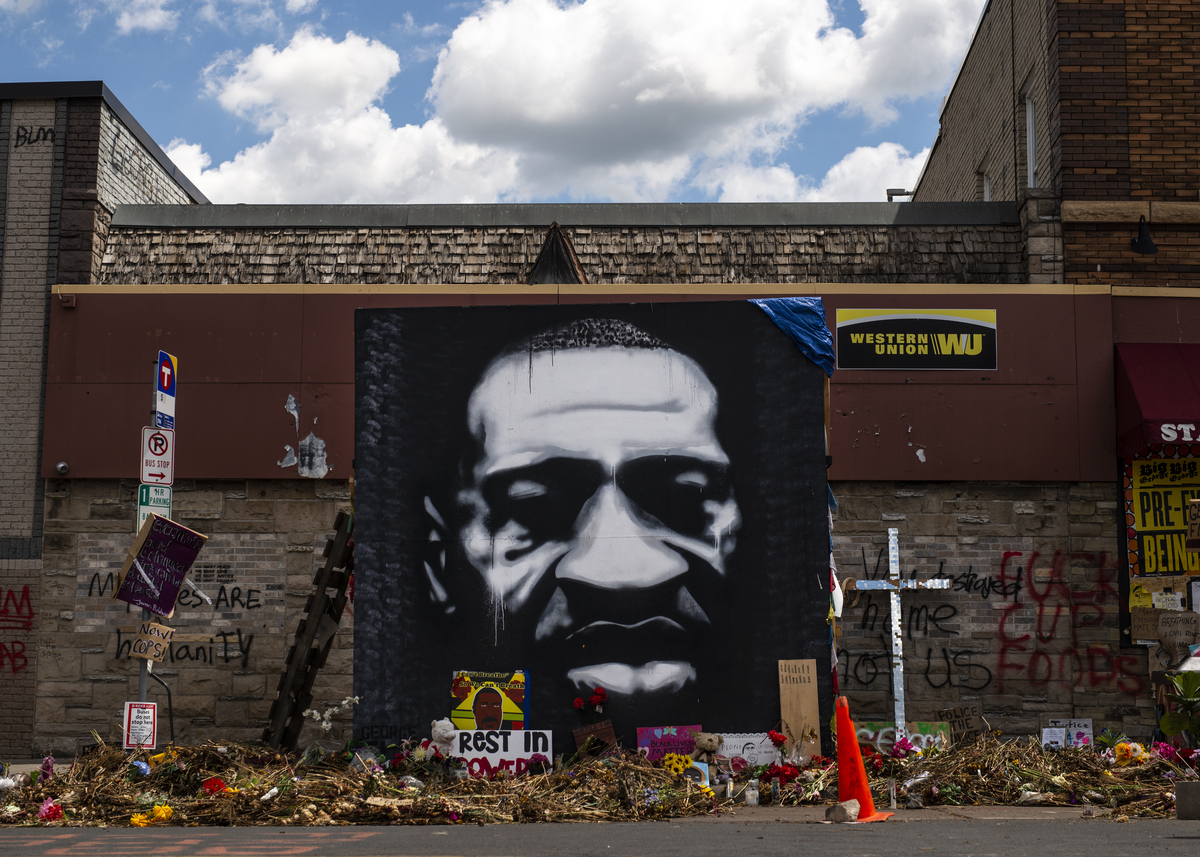 A mural honors George Floyd at the intersection of 38th St. and Chicago Ave., where he was killed by Minneapolis police on May 25, inspiring protests and police reform efforts.

The Department of Justice has set aside $3 million in grants and established a National Response Center aimed strengthening police reforms and reducing the use of excessive force by law enforcement.

Federal officials unveiled the initiative in Minnesota Tuesday and expressed hope the city of Minneapolis would be the first jurisdiction to take advantage of the program.

"I'm encouraged and excited about the offer," Minneapolis Police Chief Medaria Arradondo said at a media briefing. "I have been working on our plans in creating a new MPD and this would be a key component to that."

He added that the grant would provide additional support for training officers, and assist with reviewing current policing policies, as well as providing for the mental health of officers.

Arradondo also said he hoped city leaders would agree to accept the offer from the Department of Justice and noted the police department has lost an estimated 130 officers compared to this time last year. He said he anticipates more officers will leave before the end of 2020.

Katharine Sullivan, the principal deputy assistant attorney general of the Office of Justice Programs billed the initiative as a "tactical center that will surge resources" to assist law enforcement agencies.

She said the response center will be run by the International Association of Chiefs of Police, a nonprofit organization based in Alexandria, Va., which will help with recruiting and retaining officers.

The announcement comes two weeks ahead of the presidential election where issues of policing, racial tensions and civil unrest in cities across the U.S. are top campaign issues.

Since Floyd's death in May, he and other Black Americans who have been killed or seriously injured by police this year, including Breonna Taylor, Rayshard Brooks and Jacob Blake, have become rallying cries at demonstrations.

The Minneapolis City Council banned the use of chokeholds and other neck restraints in June, less than two weeks after Floyd's death. The city council also approved an agreement with the Minnesota Department of Human Rights, which opened a civil rights investigation in the wake of Floyd's killing.

All four officers involved in the Floyd incident have been fired from the police department and face criminal charges linked to his death.

Derek Chauvin, the then-officer who is seen kneeling on Floyd's neck for several minutes in the video, faces second-degree and third-degree murder and manslaughter charges.

The other three, Thomas Lane, Tou Thao and Alexander Kueng, face charges of aiding and abetting murder in the killing of Floyd.

All have been released from jail on bond and their trial is expected to get underway in March.