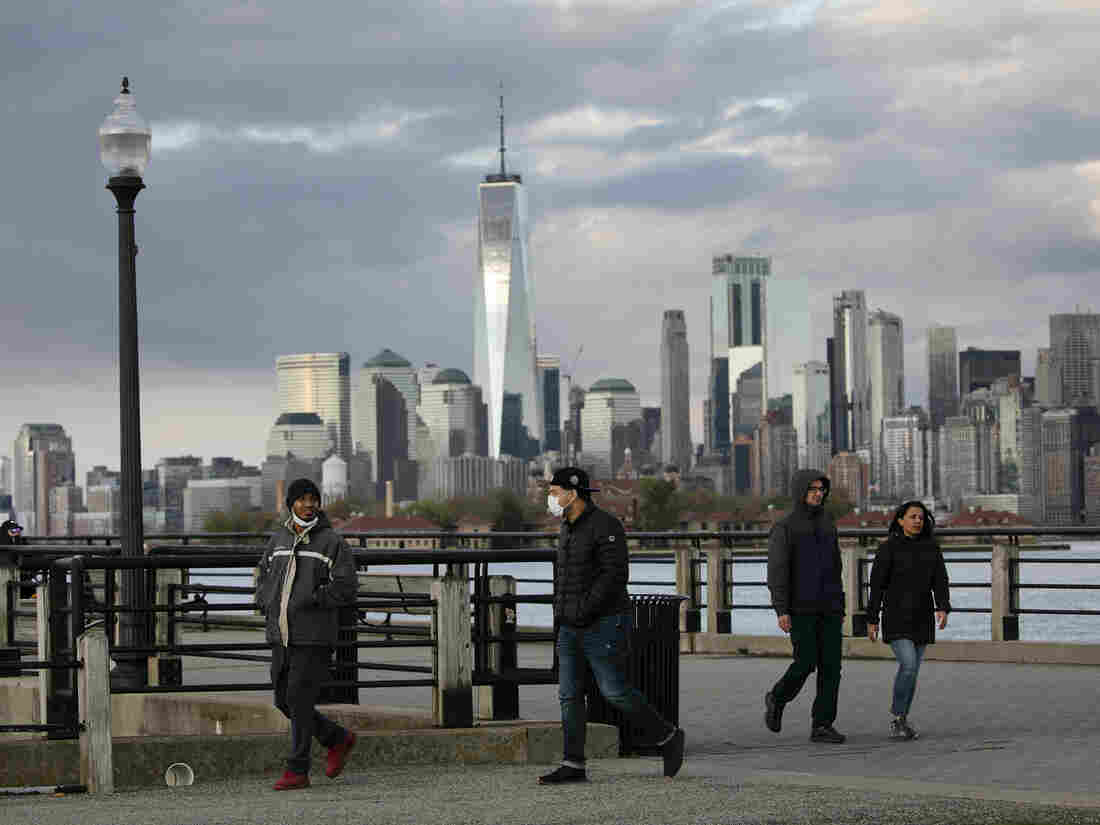 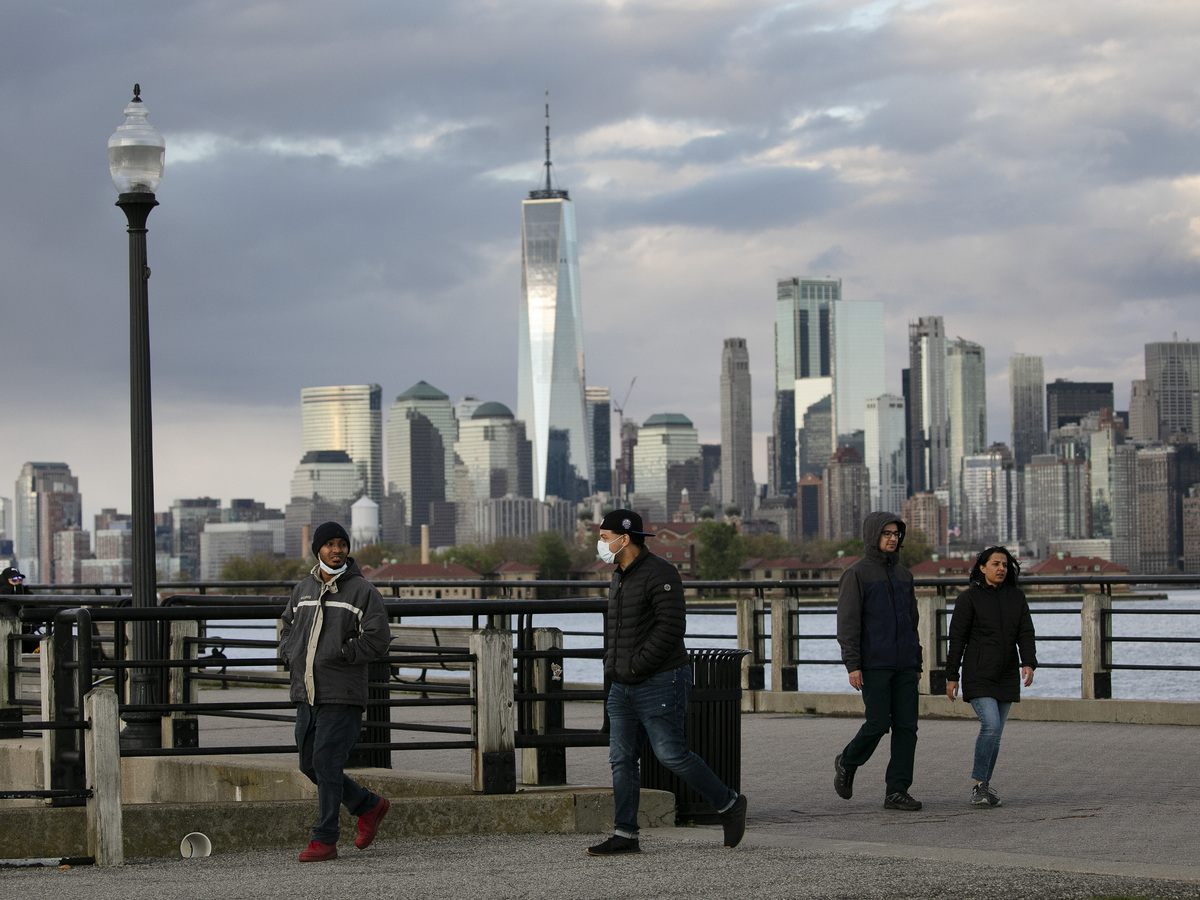 New York City, as seen here from Jersey City, N.J. in May, is suing the Trump administration over its "anarchist" designation.

New York City officials say the city will join Portland and Seattle in a legal challenge against the Trump administration's decision to label them as "anarchist" cities. The designation could impact federal funding for the cities.

"This is a figment of Donald Trump's troubled imagination," New York City Mayor Bill de Blasio told reporters. "The only anarchy in this country is coming from the White House."

After weeks of street demonstrations this summer, the White House issued a memorandum in early September saying that some urban areas are "permitting anarchy, violence and destruction." The memo mentions Seattle, Portland and New York City.

A few days later, on Sept. 7, President Trump tweeted that he blames unrest in several cities on "radical left Democratic governors and mayors."

Attorney General William Barr made it clear that federal funding could be cut from these cities. "We cannot allow federal tax dollars to be wasted when the safety of the citizenry hangs in the balance," Barr said in a statement.

On a conference call with reporters Thursday, de Blasio said the lawsuit would be filed Thursday in Seattle challenging the legality of the Trump administration's action.

"It's morally wrong, it's legally unacceptable and it's unconstitutional and we're going to fight it," de Blasio said.

Jim Johnson, who serves as New York City's chief attorney, said during the news conference that Portland and Seattle will join the legal complaint.

According to Johnson, the Trump administration has already taken actions to divert funds away from the three cities.

"They're taking this anarchist designation and starting to include it in applications for federal grants," he said. "They're stepping way over their bounds."

He added that there is "no basis in law, no basis in fact" for the "anarchist" category.

Protests erupted around the country after the deaths of George Floyd and other Black men and women in police custody.

New York City officials say their city alone could lose as much as $12 billion in federal funding.