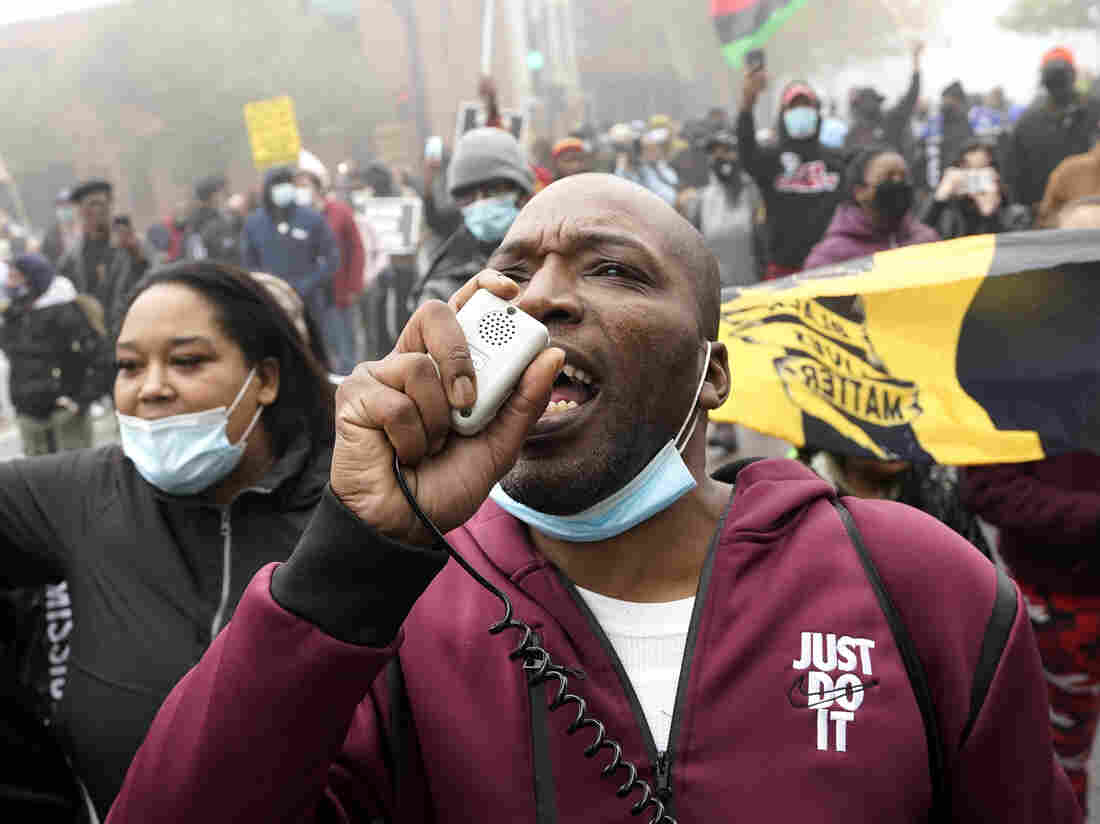 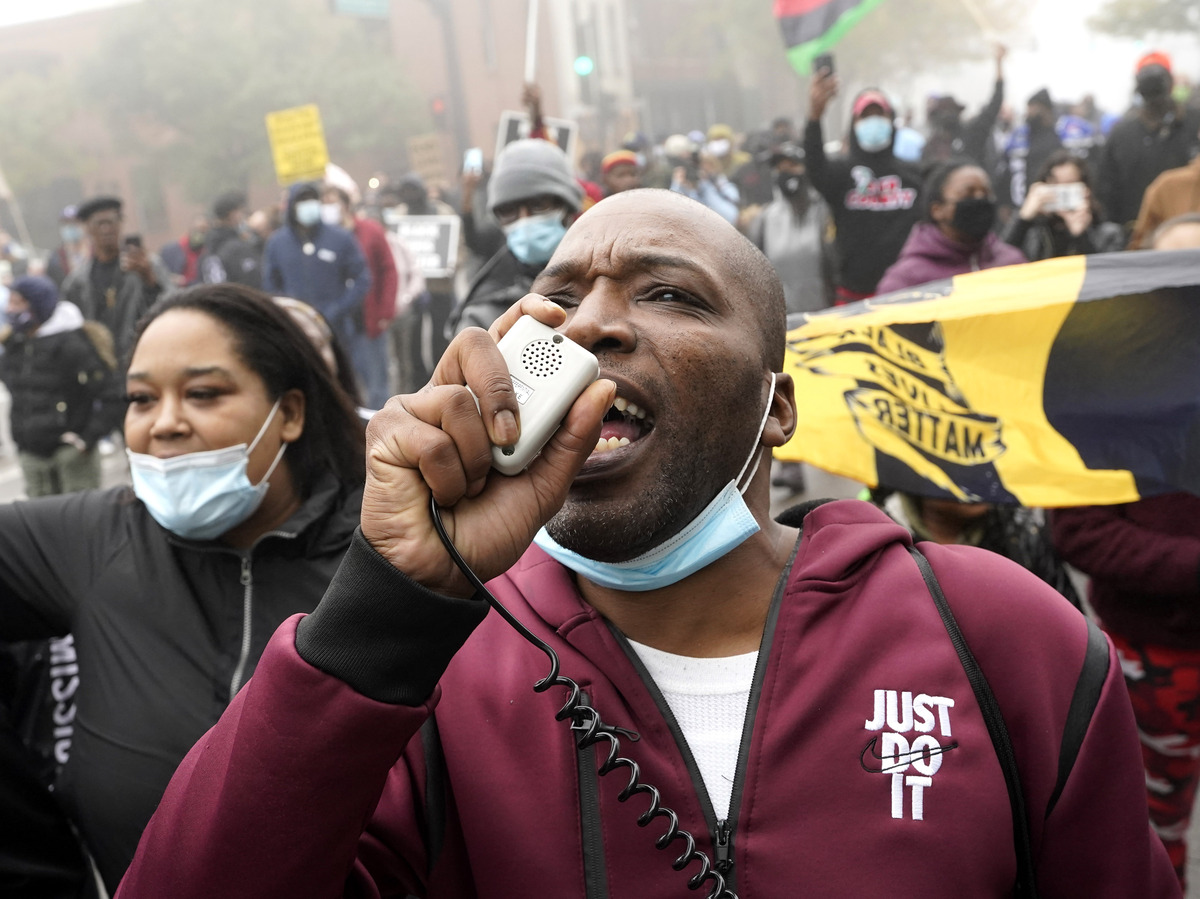 Rayon Edwards rallies protesters during a march Thursday for Marcellis Stinnette, who was killed by police in Waukegan, Ill.

Protesters in Waukegan, Ill., are calling for justice and urging federal authorities to open an investigation into the police killing earlier this week of Marcellis Stinnette, a young Black man.

Tafara Williams, the driver of the vehicle the pair was in at the time of the encounter, was also shot and is recovering from her injuries at a local hospital. Her relatives have told reporters that she was Stinette's girlfriend.

Police said the shooting took place after a traffic stop late Tuesday night. Waukegan is roughly 25 miles south of Kenosha, Wis., where Jacob Blake was shot several times at close range by Kenosha police in August and is now paralyzed.

The Illinois State Police has been asked to investigate.

The shooting in Waukegan comes amid national protests calling for racial justice and an end to police brutality that erupted this summer after the police killing of George Floyd in Minneapolis.

The Waukegan community is still searching for answers and raising questions about the facts of the incident that were laid out by city officials.

The Waukegan Police Department said that shortly at 11:55 p.m. local time Tuesday, an officer "was investigating an occupied vehicle" with two people inside.

The vehicle fled, according to a statement, but was quickly spotted by another officer. At one point, the second officer left his vehicle to investigate.

"While officer #2 was out of his vehicle, and approaching the suspect vehicle, it began to reverse. Officer #2 fired his semi-automatic pistol, in fear for his safety," the police department said.

Police said the officer who discharged his weapon is Hispanic and has been with the department for five years.

Stinnette, 19, was taken to a local hospital where he later died from his injuries.

No firearm was recovered from the vehicle, police said, and Waukegan Police Chief Wayne Walles has requested that Illinois State Police investigate the shooting.

The Waukegan department uses body and squad car cameras, but the statement from officials did not indicate whether or when footage would be released. 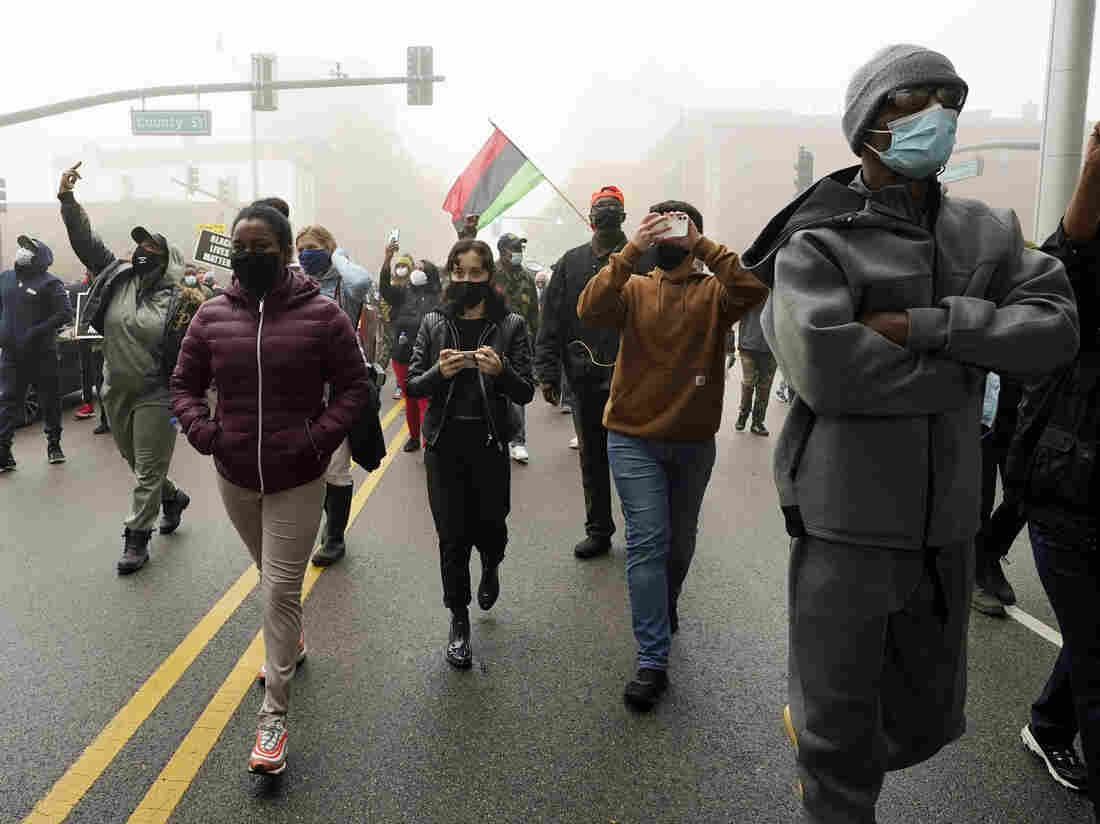 Demonstrators take to the streets on Thursday after Marcellis Stinnette was fatally shot by police in Waukegan, Ill., on Tuesday. Nam Y. Huh/AP hide caption 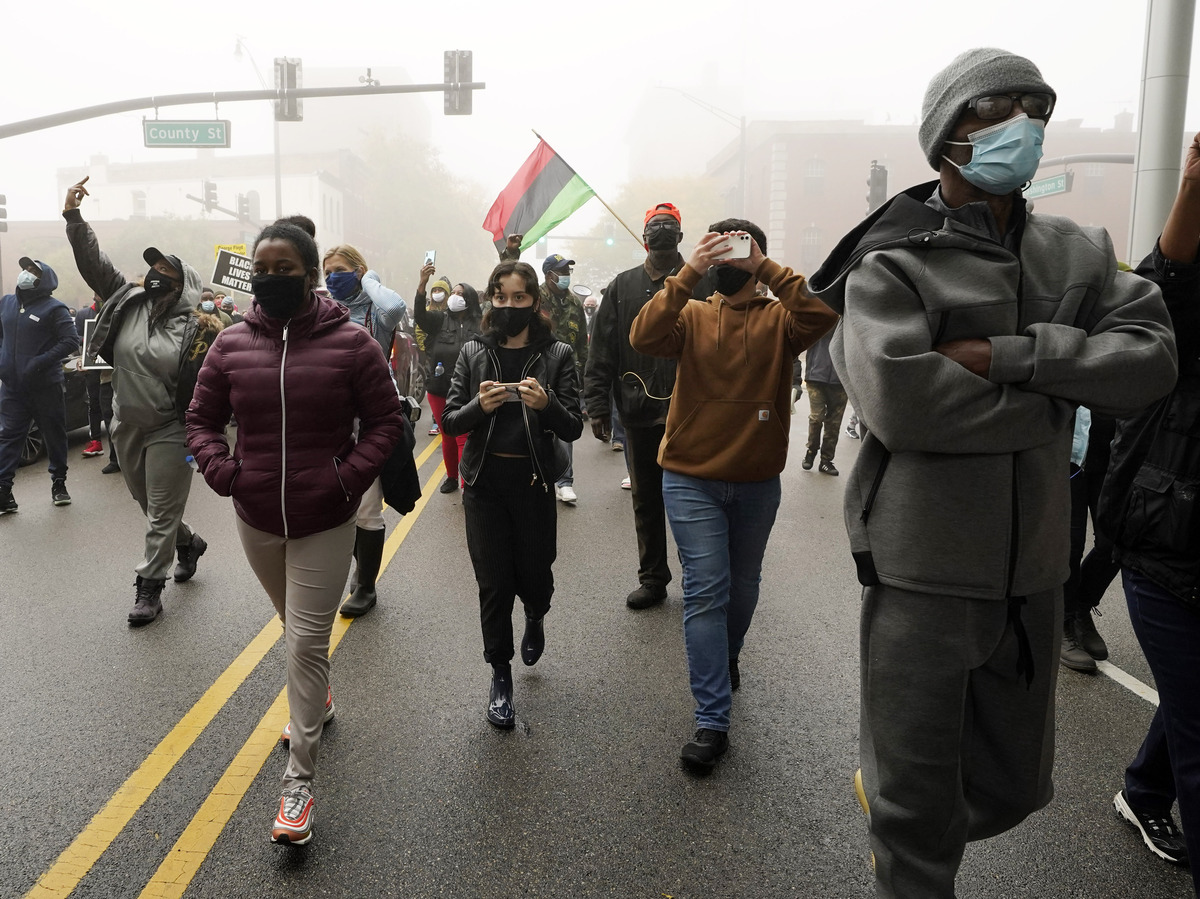 Demonstrators take to the streets on Thursday after Marcellis Stinnette was fatally shot by police in Waukegan, Ill., on Tuesday.

Clifftina Johnson, Williams' mother, told the station that she spoke to her daughter by phone Thursday afternoon after she had multiple surgeries.

"And I told her, 'We are out here, Tafara, and justice will be served,' " Johnson told the station.

Johnson said her daughter was shot in the arm and stomach, the Chicago Sun-Times added. According to Johnson, her daughter's last words to Stinnette were that he would be alright.

"Her last words to her boyfriend were, 'Marcellis, you gonna be OK.' And he said, 'Babe you've been shot.' And then he said, 'I think I'm gonna die,' and she said, 'No you ain't, babe, we got God by our side,' " Johnson said, according to the Sun-Times.

Demonstrators, some on foot and others in vehicles gathered at the intersection near the coast of Lake Michigan on Thursday to demand for answers and accountability in the shooting, the Chicago Tribune reported.

"We don't want the police investigating the police," he told the Tribune. "We want the Department of Justice coming in."

According to a joint report from WBEZ and the Better Government Association from 2018, investigators with Illinois State Police rarely find an officer at fault during police-involved shootings.