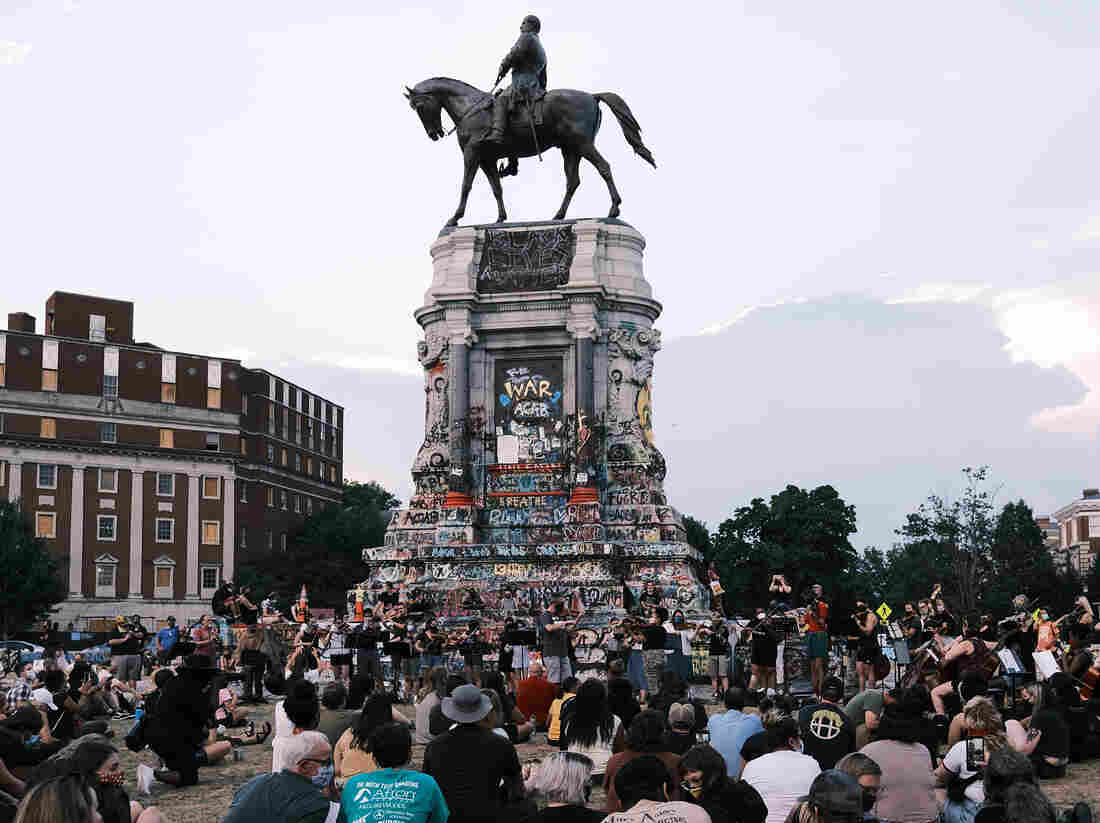 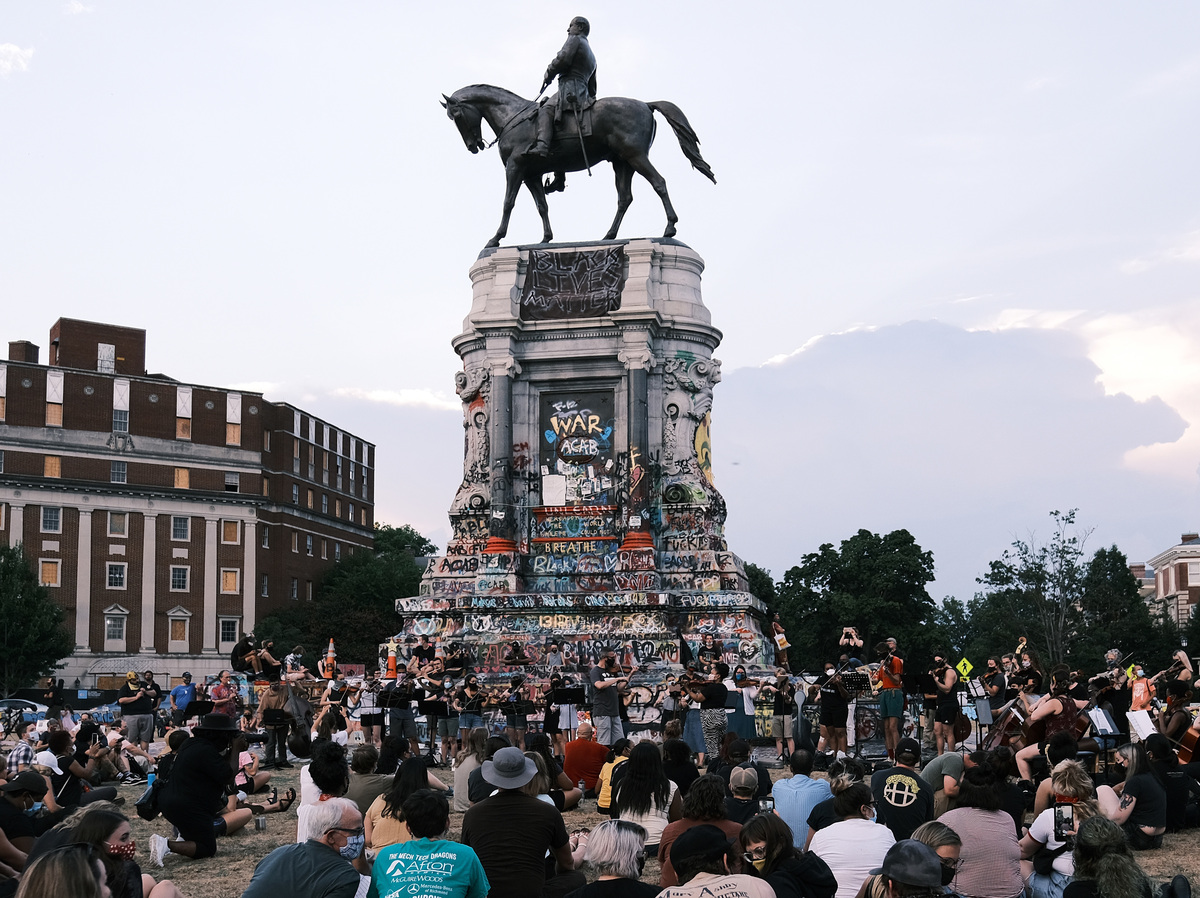 The Robert E. Lee statue on Richmond's Monument Avenue is seen here during a violin vigil to remember Elijah McClain in July.

A Virginia judge has ruled that Richmond's statue of Confederate Gen. Robert E. Lee can be removed under the governor's order. The statue, which stands 60 feet high, is the only Confederate statue still standing on the city's Monument Avenue after others were toppled by protesters or removed by the city.

The lawsuit was brought by a group of Richmond residents who live near the statue after Gov. Ralph Northam ordered the statue removed in June. The order has been mired in legal battles since, and injunctions have prevented its removal.

"We are one step closer to a more equitable and honest Virginia," Northam tweeted after the ruling.

Virginia Attorney General Mark Herring cheered the judge's decision. "We WON the Lee statue case after a judge found that it was raised against a backdrop of white supremacy and that it is against public policy to keep it up," Herring tweeted. "The ruling is *stayed* pending appeal, but this is a HUGE win and we're on the path to bringing down this relic".

As member station VPM's Whittney Evans reported, the plaintiffs, who did not respond to VPM's request for comment on Tuesday, have argued that the statue's removal would "degrade" the district and lower their property values.

Witnesses for the plaintiffs included an archivist for the United Daughters of the Confederacy and the president the American Civil War Museum in Richmond.

In recent months, other statues on the city's Monument Avenue have either been toppled by protestors or removed by the authorities. The statue of Jefferson Davis was toppled in June, as was a statue of Christopher Columbus in another part of the city. In July, Richmond Mayor Levar Stoney had the statue of Stonewall Jackson removed from the avenue.

Meanwhile, the Lee statue has taken on a new life as an icon of resistance and transformation.

The statue of Lee on horseback was erected in 1890 in the former capital of the Confederacy. The statue itself is 21 feet high, on a pedestal almost twice as tall.

In June, Gov. Northam explained why he was ordering the statue to be removed from the pedestal:

"Think about the message this sends to people coming from around the world to visit the capital city of one of the largest states in the country. Or to young children. What do you say when a six-year-old African American little girl looks you in the eye, and says: What does this big statue mean? Why is it here?

"When a young child looks up and sees something that big and prominent, she knows that it's important. And when it's the biggest thing around, it sends a clear message: This is what we value the most. But that's just not true anymore."