Accessibility links
Texas Mayor Questions Fairness Of Power Blackouts : Live Updates: Winter Storms 2021 "When you've not had power for 3 1/2 days ... you begin to question whether [blackouts] are rolling at all," says Mansfield Mayor Michael Evans. 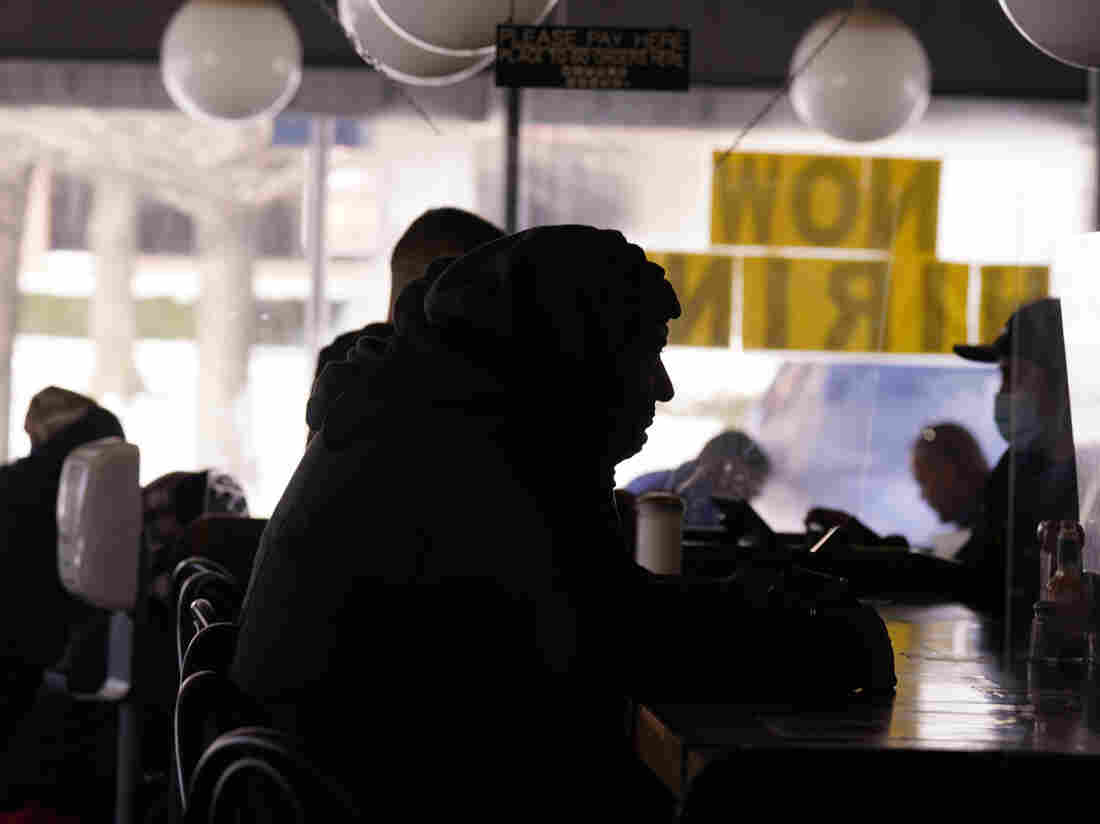 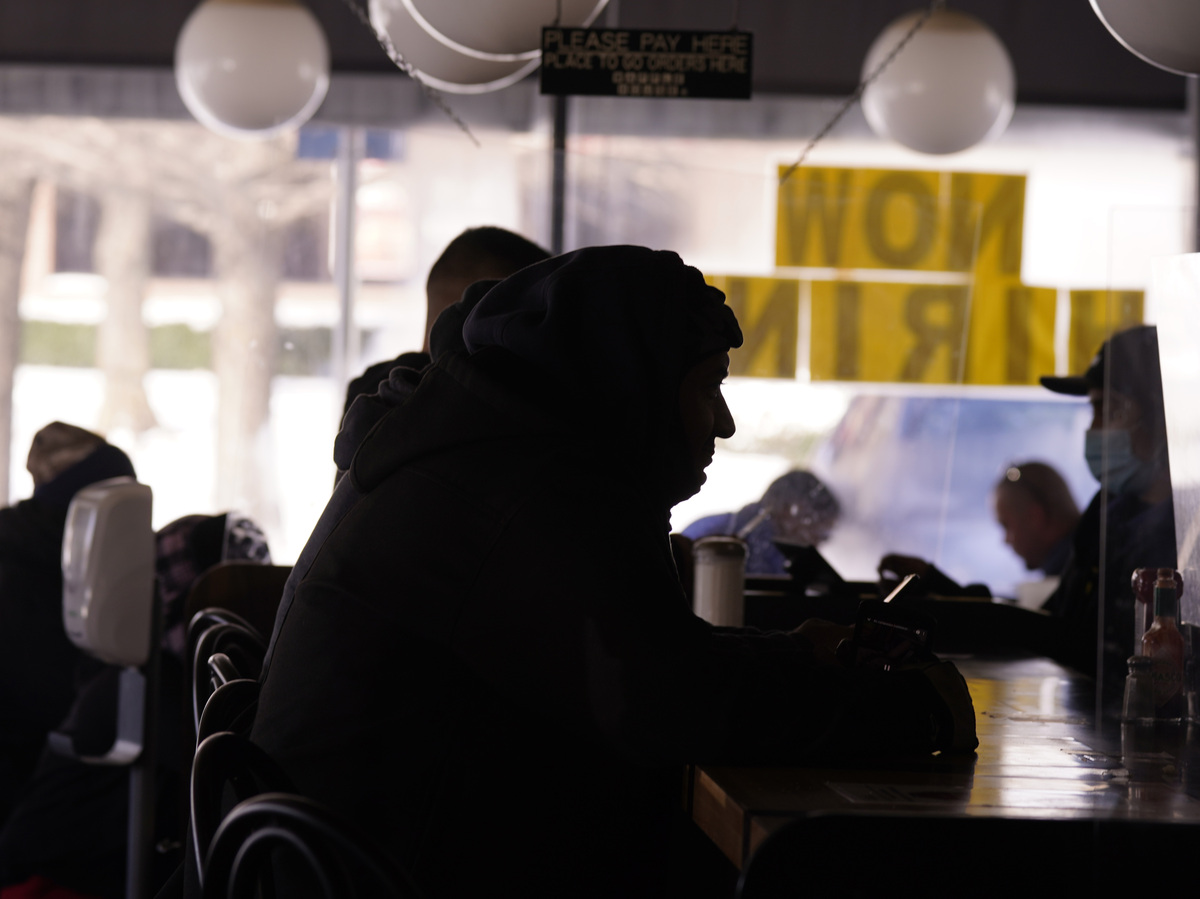 Patrons sit in a restaurant without power caused by cold weather blackouts on Tuesday in Richardson, Texas.

The Dallas-Fort Worth area has seen the coldest temperatures in a generation this week, with a record-setting 2 degrees below zero on Tuesday morning. Michael Evans is the newly elected mayor of Mansfield, Texas, a Dallas-Fort Worth suburb with a population of more than 70,000, which, like much of the rest of the state, has seen its share of power outages this week.

Evans says the severe cold isn't fully to blame for those outages.

"Oh, my gosh yes. There have been a lot of power outages," he said Thursday in an interview with NPR's Morning Edition. "And, you know, unfortunately, it hasn't been necessarily because of the weather, so to speak. But we're part of what's called ERCOT [the Electric Reliability Council of Texas]. And we have been caught in the middle of something here where there have been individuals who have not had electricity, power for about 3 1/2 days now. And ... it's subzero degrees."

The power outages have been imposed throughout Texas by ERCOT, which manages roughly 75% of the state's power grid, to keep the grid from crashing.

"The problem has been that they have not been, they've not been rolling, so to speak," Evans said. "I mean, when you've not had power for 3 1/2 days ... and your neighbor maybe about three blocks from you, their power has not been turned off at all. You begin to question whether they are rolling at all. And, of course, they have not been rolling because we were told in regard to expecting rollouts, you mean maybe 15 to 45 minutes at a time. And that surely has not been the case."

The mayor says city residents "have been pulling together" to help each other in the weather crisis.

"I tell you, it's the Mansfield spirit," Evans said. "They've been inviting their neighbors into their homes. Our city and churches and other entities have opened warming centers. You see individuals, companies, restaurants just opening up their cabinets and pantries and bringing milk and cereal to warming centers and to their neighbors' homes.

"And it just says a lot about who we are as Mansfield residents and even as Texans, how we tend to pull together."

And he says some people have invited neighbors into their homes, despite the coronavirus pandemic.

One family Evans spoke with on Wednesday opened its doors to neighbors whose home was 32 degrees inside.

"It's life or death, when you think about it," Evans said. "They brought the people in, and they all had their masks and gloves on and the individuals in one side of the house while they were on the other side of the house. And, you know, that was survival. And that's what we do in times like these."

Nina Kravinsky, Avery Keatley and Jan Johnson produced and edited the audio version of this story. Avie Schneider produced for the Web.