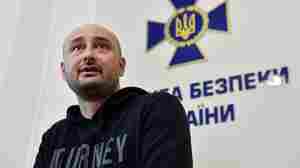 Russian journalist Arkady Babchenko, who Kiev police said Tuesday had been killed, showed up alive at a press conference Wednesday. His death was faked as part of a sting operation by the Ukrainian Security Service. Sergei Supinsky/AFP/Getty Images hide caption

May 30, 2018 • "I'm still alive," Arkady Babchenko said, apologizing to friends and family who believed he was dead. The Ukrainian Security Service said it faked his death to flush out people trying to kill him.

May 30, 2018 • Steve Inskeep talks to journalist McKay Coppins, who has written a profile in The Atlantic of Stephen Miller, one of President Trump's most controversial White House aides.

May 29, 2018 • Over the weekend, President Trump falsely accused The New York Times of making up a source within the White House. NPR's Mary Louise Kelly talks with Mike McCurry, former press secretary during the Clinton administration, about the delicate relationship between White House sources and the press corps.

Assessing The #MeToo Movement After Weinstein Is Charged

May 26, 2018 • What does the arrest of Harvey Weinstein mean for the #MeToo movement in Hollywood? NPR's Scott Simon speaks to reporter Kim Masters, whose investigations of harassment had been quashed by publishers.

Assessing The #MeToo Movement After Weinstein Is Charged

May 25, 2018 • The Boston Globe is suing a former employee who has accused a top editor of sexual harassment. The paper wants more details about her accusation and is requesting unspecified damages. 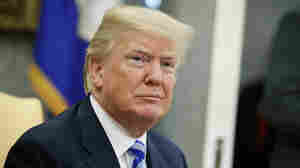 May 23, 2018 • A federal judge ruled Wednesday that the president and his aides cannot block critics from seeing his Twitter account simply because they had posted caustic replies to his tweets in the past.

In Taiwan, Debate Over History And Censorship As WWII TV Drama Is Canceled

May 23, 2018 • Jiachang's Heart, inspired by the story of a 17-year-old Taiwanese girl who volunteers as a nurse for the Japanese army, is taken off the air after criticism about its historical portrayal. 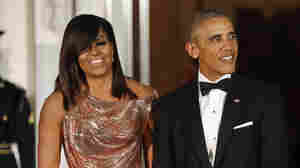 President Barack Obama and first lady Michelle Obama wait to greet Italian Prime Minister Matteo Renzi and his wife, Agnese Landini, for a State Dinner at the White House in Washington in 2016. Netflix says it has reached a deal with the Obamas to produce material for the streaming service. Pablo Martinez Monsivais/AP hide caption

May 22, 2018 • A deal involving the former president and first lady and the streaming powerhouse has been reached. Netflix says the Obamas' company will produce docu-series, documentaries and features. 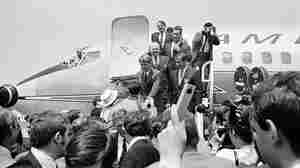 David Kennerly says this 1968 photo of his, taken in Los Angeles at the beginning of Robert F. Kennedy's presidential campaign, captures what it meant to cover the chaotic and carefree period as a photojournalist. "Everybody could get close, everybody wanted to," he says. David Hume Kennerly/Getty Images hide caption

May 21, 2018 • It's been 50 years since Robert F. Kennedy's assassination. Pulitzer Prize-winning photographer David Kennerly, who covered his short-lived run for president, describes what it was like on the ground. 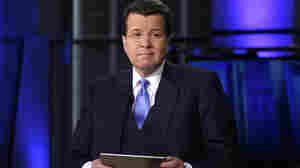 Neil Cavuto is something of a rarity at Fox: a civil presence and a critic of President Trump. Richard Drew/AP hide caption

May 18, 2018 • Neil Cavuto is something of a rarity at Fox: a civil presence and a critic of the president. He also hosts 17 hours live every week despite health issues so severe he can hardly read a teleprompter.

May 17, 2018 • Neil Cavuto is a relatively calm Fox News personality. He's a Wall Street conservative less prone to shouting than musing, a host given to letting his guests have their say. He hosts more hours of cable news than anyone else at the big three news cable channels: 17 hours of live shows a week. And he does that despite having multiple sclerosis, which prevents him from doing so much as reading from a teleprompter. 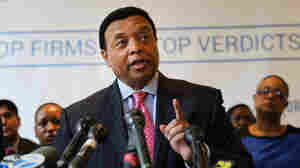 May 16, 2018 • The settlements primarily involved allegations of racial bias against Fox News as well as gender bias and retaliation claims. The controlling Murdoch family hopes instead to focus on big deals ahead. 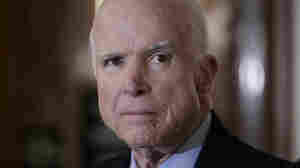 May 11, 2018 • The remark, attributed to Kelly Sadler, a special assistant to President Trump, was first reported by The Hill and later confirmed by The Associated Press.