Accessibility links
Gift Ideas For The Hip-Hop Fans In Your Life : Microphone Check You could go the traditional route when hunting for the the hip-hop head in your life, but here we suggest some less obvious ideas for everyone from the indie-label-budget baller all the way up to that I-woke-up-in-a-new-Bugatti paper spender.

Gift Ideas For The Hip-Hop Fans In Your Life

Gift Ideas For The Hip-Hop Fans In Your Life 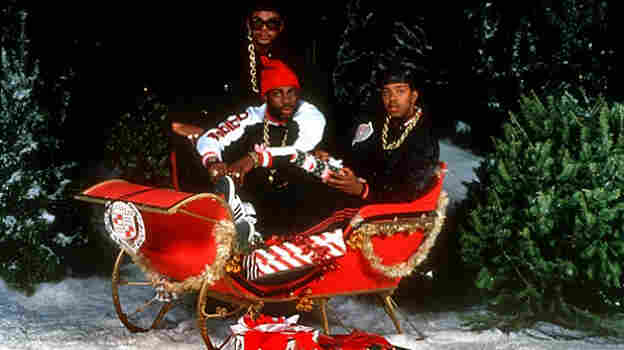 Run-DMC, in a sleigh with a Cadillac emblem. Courtesy of the artist hide caption 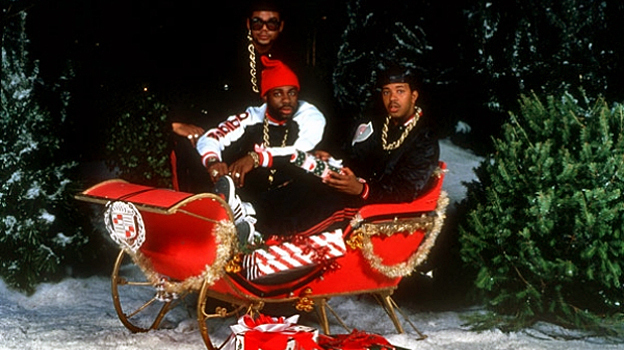 Run-DMC, in a sleigh with a Cadillac emblem.

With the holiday shopping season in full swing and Christmas right around the corner, you could go the traditional route when hunting for the the hip-hop head in your life — vinyl reissues of Public Enemy and DMX albums, the "Halftime" 12-inch, to name just a few examples. But here we'll suggest some less obvious ideas for everyone from the indie-label-budget baller all the way up to that I-woke-up-in-a-new-Bugatti paper spender. 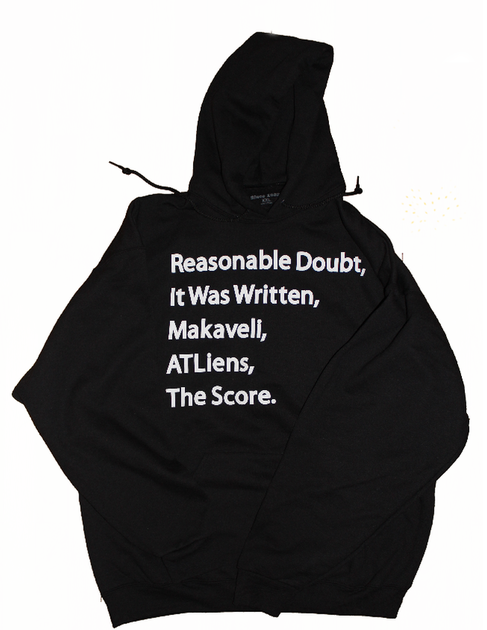 To say 1996 was a big year in hip-hop is equivalent to saying that Jay Z is a rich man. Both statements barely scratch the surface of reality. 1996 was the year that Jay debuted and The Fugees broke through with The Score. Nas and OutKast dropped their sophomore albums, and the late Tupac Shakur put out two, one of which was released posthumously after being recorded in seven days. To commemorate all that lush history, you can cop Since1982's "1996" Dynasty Hoodie. What better gift for someone who likes to wear his knowledge on his chest? 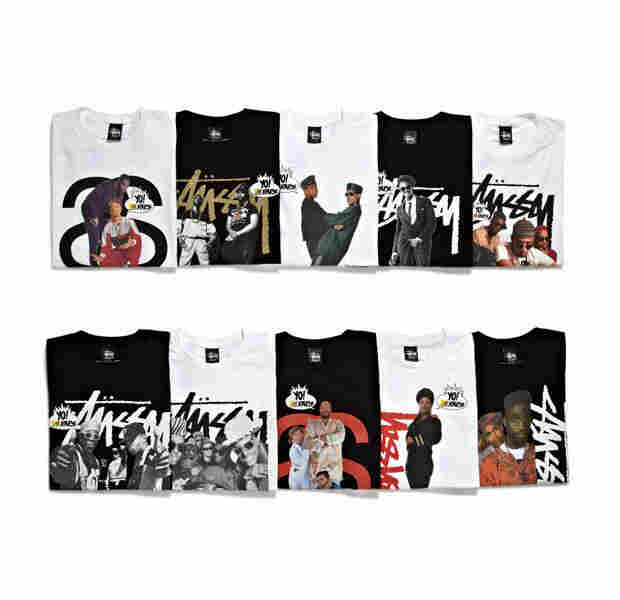 One of these would make the perfect gift for anybody who, 25 years ago, was rushing home from school every day to catch Ed and Dre on MTV — and especially those die-hard fans who not only watched the show but also collected the trading cards from which this anniversary collection's artwork is derived. 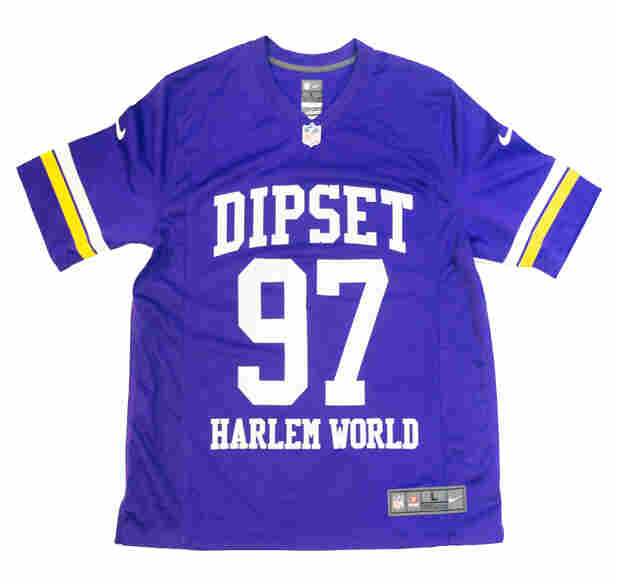 2013 was a comeback year for Cam: He dropped a mixtape and a movie, and reunited with Dame Dash — even if it was only for a commercial. Killa managed all of this while reintroducing the world to his new-look Dipset clothing line — the line that includes socks with his face on them, Cousin Bang Du-Rags and just 42 of these limited edition jerseys. If you've got the loot, that's something for everybody on your list. 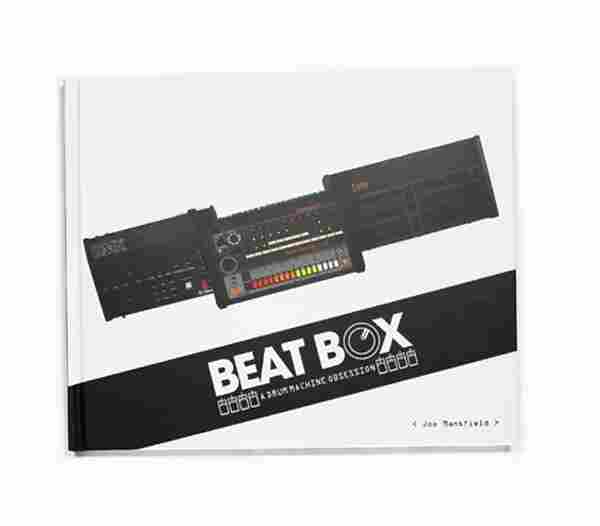 Photo courtesy of Get On Down

There's no debate — there would be no hip-hop without a beat. And while sampled drum patterns and break beats ran the game for a couple decades, the sound has evolved over the years, as have the drum machines that have been integral to hip-hop from Day 1. For people who think 808s were invented by Kanye West, this book is an education. 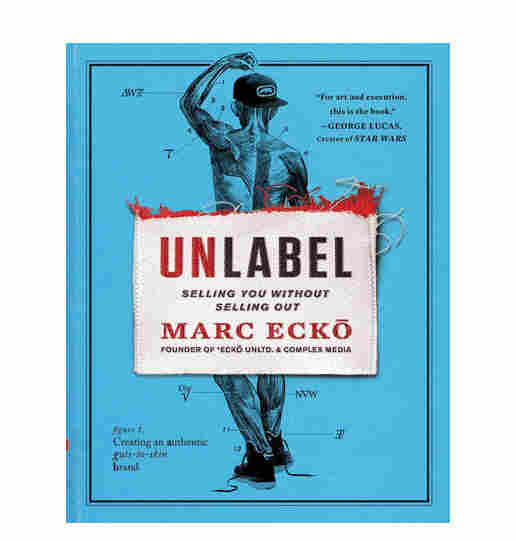 Marc Ecko's book is not your conventional autobiography but rather a tool to empower those inspired by the creativity that hip-hop embodies. Unlabel pushes its reader to think outside the box and develop the entrepreneurial spirit that turned his brand into a hip-hop mainstay. For those with big dreams.

This year hip-hop and comics collided all over the place. We got Bun B's Rap Coloring and Activity Book, Deez Nuts, a series of paintings by Mark Drew that put rap quotables in the mouths of Peanuts characters, and DMC's newest project, Darryl Makes Comics. But Ed Piskor's Hip-Hop Family Tree is a real fusion of both art forms. Piskor tells the gripping origin story of hip-hop in storyboard form with original artwork. Illuminating for kids and grown-ups alike. 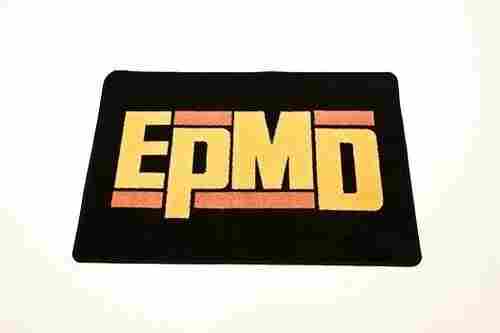 From the genius mind of Erick Sermon, the perfect gift for those who like to entertain at home, be they Zulu or a Naughty By Nature fan. There's even one for the Lo-Life on your list. 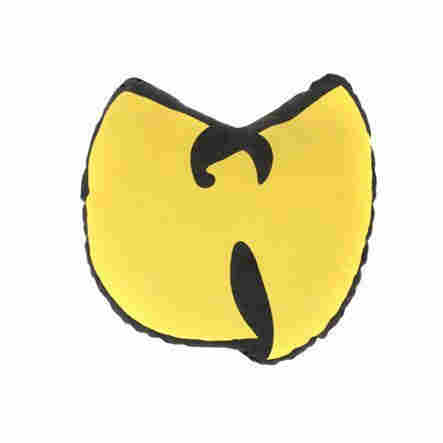 Remember the Isaac Hayes/Wu-Tang collab, "I Can't Go To Sleep"? If you don't, the video features an insomnia-riddled crew, all decked out in Wu PJs spitting terrible truths when they're not getting some shut-eye on top of cozy Wu-Tang embroidered bedspreads. The only thing missing? Wu Pillows. Whether you're shopping for Ghostface himself or whoever takes the most naps in your family, this works. 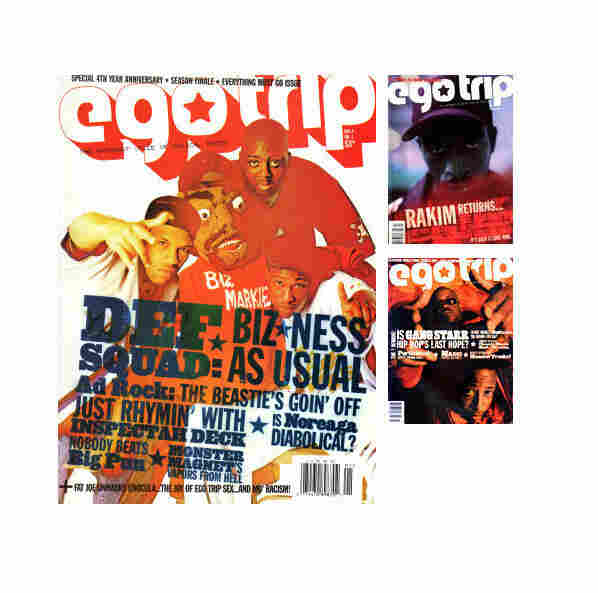 If you were a hip-hop fan in the '90s, there's no doubt you read The Source. But if you were heavy into the culture and you were around the Tri-State area, you also read two NYC-based magazines — Ego Trip and Mass Appeal. In 2013, we were lucky enough to see the print relaunch of Mass Appeal, and we can dream of a triumphant return for the always on-point Ego Trip. For the people in your life who insist on print, grab a few back issues of that arrogant voice of musical truth. 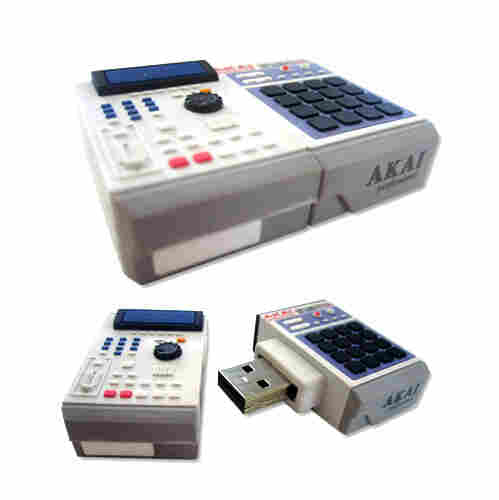 The closest most of us will ever get to owning an MPC. Conveniently sized to fit on your key ring, it's not only useful, but within a realistic price range. For your work wife? 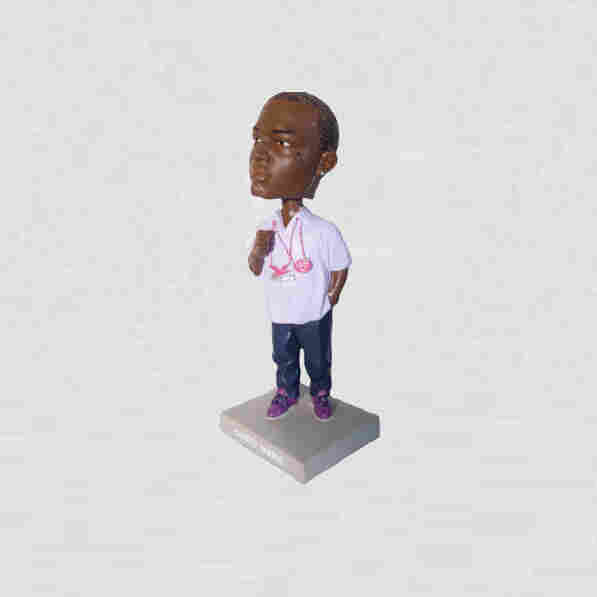 Courtesy of The Urban Headz

Even if you don't love Guwop's music, you can't deny dude's charisma. And even if you're a Gucci denier, you'd have to work real hard to find a better desk ornament than an ice cream-tatted, chain rocking bobblehead — unless the person you're shopping for is really more of a Trick Daddy fan. 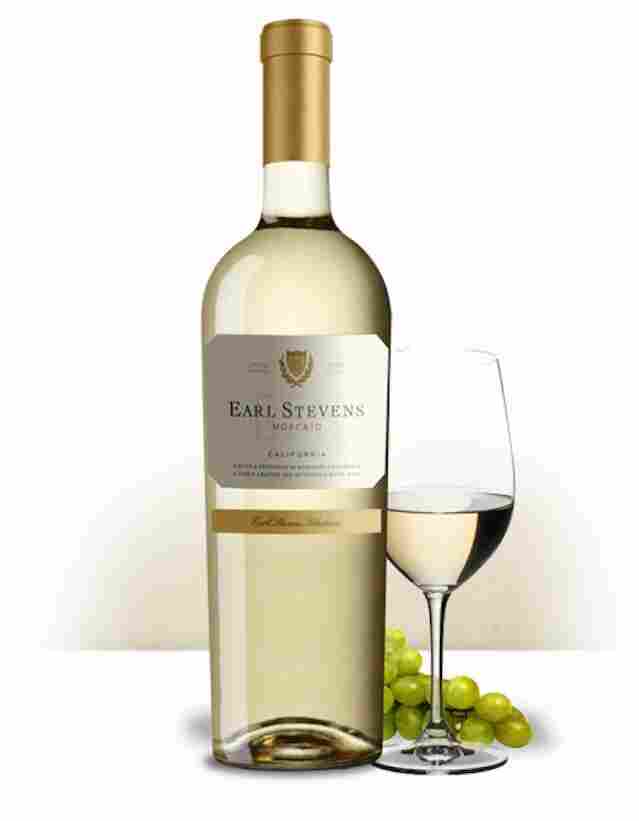 Isn't there a rule that once you hit your 30s you can no longer refer to yourself as a Ciroc Boy? If there isn't there should be. E-40's new line of fine libations is the perfect solution for the sophisticated drinker; it's also a sly way to establish street cred at any office's holiday party.

DJ Paul, of Three Six Mafia, is an Oscar winner, a multiplatinum recording artist and the creator of a line of BBQ products. His hickory-smoked sauce is one, and the other is a dry rub that he says is "truly the best rub you'll ever rub on your meat." Perusing his site is really a gift to yourself, especially since, in true Memphis fashion, he's put up 10 (downloadable) free recipes, too.