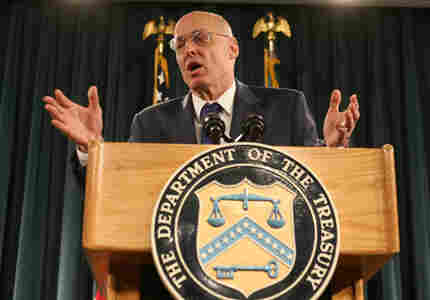 It's an unsettling notion, but economist Raghuram G. Rajan says the government appears to be acting out of panic in its move to bail out Wall Street. What's more, Rajan, former chief economist at the International Monetary Fund and current professor at the University of Chicago, says it looks to him like a case of politicians piling on to a quick solution in an election year.

Seriously, that's what he said. You'll find all that, plus his proposal for solving the financial crisis, in today's podcast.

If you were holding out for an answer about what the crisis means for the price of milk, it's toward the end of this edition.