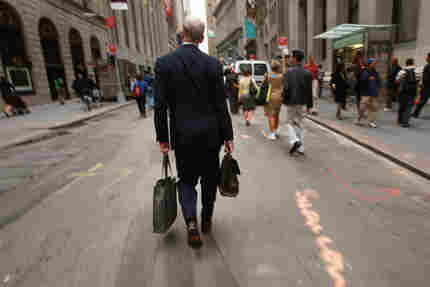 "When they say the market lost trillions of dollars Monday, is that money people withdrew from their accounts?"

No, it doesn't necessarily mean people withdrew that much money from their accounts. Believe it or not, that would be an even scarier thing than what's happening on Wall Street now.

What has fallen is the "market capitalization" of companies on the stock market, which is just a fancy word for a company's value. Technically, that's defined as a stock's share price multiplied by the number of shares a company has sold to the public. On news that Congress was voting down the proposed $700 billion Wall Street bailout, the total market capitalization dropped by about $1.2 trillion.

In other words, what's fallen is how much investors believe many companies are worth right now -- and it fell because so many people believe the economy is in rough shape. As of today, many investors put that some of that money right back into the market.

A reader, Michael Beuselinck, makes a good comment that investors did take their money out of the market, though many very likely kept the cash right in their brokerage accounts. In fact, many put money right back into the market today. Thanks, Mike.