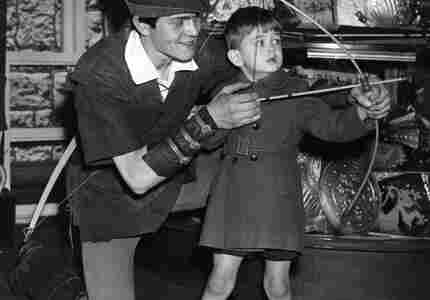 Today on the Planet Money podcast:

Here's what you know: The revamped White House proposal for a $700 billion Wall Street bailout got approval from the House of Representatives today, in a 263-171 vote.

Here's what you may not know: That White House plan wasn't the only plan. It wasn't even necessarily the plan you think it is. In this podcast, Adam Davidson tells This American Life host Ira Glass about a mysterious phone call in which a tipster suggested that an alternate proposal had crept into the language of the reworked bill. Davidson says that it concerns so-called stock injection, and that economists like it — a lot.

Plus: David Kestenbaum talks to the guy behind the bailout's exemption for wooden arrows in children's archery sets. Jay McAninch, president and CEO
Archery Trade Association, ArrowSport, and Bowhunting Preservation Alliance, tells us the tax break is misunderstood.

And we chat for a moment with Win Thin, a Brown Brothers Harriman currency strategist who changed his mind this week about the world economy.