Accessibility links
Credit Crunch,The Board Game! : Planet Money An entertainment for our times. 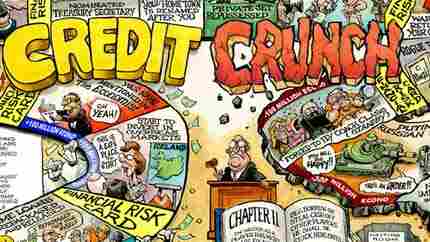 If you're looking for a party game to play tonight, Kevin Kallaugher, who used to be the political cartoonist for the Baltimore Sun newspaper (back when newspapers had budgets for such things), has crafted one for our times.

"Our board game pits players against each other and encourages them to pick on the weakest, kick opponents when they are down and generally manifest all the characteristics that bring success in the financial world."

It's in the holiday edition of The Economist, but if you cancelled your subscription in these hard times, it's free here.