Accessibility links
Hear: A Banker In Amish Country : Planet Money On today's Planet Money, meet Bill O'Brien, a banker who says he has never had an Amish loan go bad. 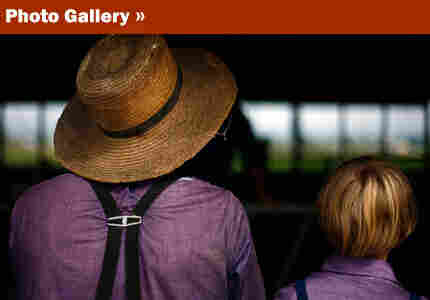 You've been asking for good news. We've got it, or at least what passes for it, today on Planet Money:

-- Will Aston-Reese, a money trader with Tradition Asiel Securities in New York, says he sees signs of thawing in the credit markets. He does! He does!

-- The Old Order Amish of Lancaster County, Penn., almost never use credit. The one exception is when they buy a farm, and for that they turn to Bill O'Brien. The mortgage banker says he has never lost money on an Amish deal, though he does put a thousand miles a week on his car.

After the jump, a letter from someone who's doing OK.

Well, I thought it over with my wife and we recognize that we personally are doing well. We both have secure jobs that pay well — which is helpful since we have three girls. But only the youngest is in daycare.

Ultimately, we are trying to "spread the wealth around" to the less fortunate. We've written more checks to different charities this year, but with smaller amounts, $10. Also, my parents and siblings were trying to find ways to make it less expensive buying gifts for each other and for the nieces and nephews when we gather together on Christmas week. Expenses can compile very quickly.

We quit flying for Christmas a while back when too many kids meant too many airline seats to pay for. But with an 11 month old, driving from Ohio to Georgia will mean stops at hotels going down and coming back. But we don't really travel much at other times of the year.

We decided to get one big family gift (a Nintendo Wii) for everyone rather than lots of smaller things. But so many people can't even do that.