Accessibility links
Hear: Don't Call It A Hedge Fund : Planet Money On today's Planet Money, what in the world was Bernie Madoff doing? 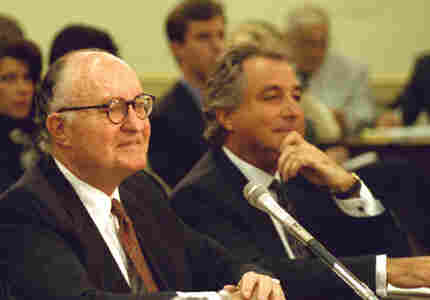 -- Ecuador became the first country to default in the credit crisis, though the reason may have more to do with the political of President Rafael Correa than with a lack of money.

-- New York fund manager Bernard Madoff stands accused in a $50 billion federal investment fraud that threatens to wipe out private individuals, banks and hedge funds around the world. As blogger Felix Salmon of Portfolio explains, Madoff wasn't running a hedge fund himself — and things might have turned out better if he had been.