Accessibility links
Hear: Money For Nothing : Planet Money On today's Planet Money, an economist says we're off the map, and a shopper goes there for bargains.

Listen
Hear: Money For Nothing 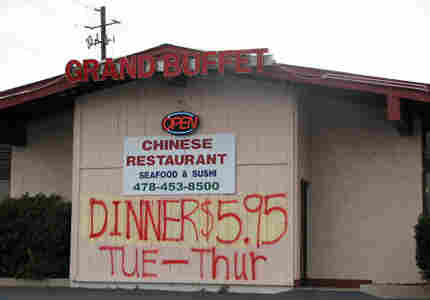 Big news today for the economy: The interest rate on a four-week Treasury bill went to zero (some say it went even lower). That means people were so frightened of putting their money into other investments that they are now willing to lend to the U.S. government money for no interest at all. They just want someplace safe.

And don't we all. Welcome to the second day of our look at the big consequences of small decisions. Today on Planet Money:

-- Ian Shepherdson, of High Frequency Economics, says this recession looks like no other downturn, at any time in history or place on the globe. Must be time to experiment.

-- Lately Noel Paterson has changed his ways. Paterson, who works for Microsoft in Washington State, switched from buying TV and game consoles in stores and started picking them up on Craigslist instead. His pre-Christmas shopping has given him a particular glimpse of the recession as it's lived out there.