Accessibility links
Poll: If You Ran GM : Planet Money Which brand of automobile would you vote off the island?

Poll: If You Ran GM

Poll: If You Ran GM 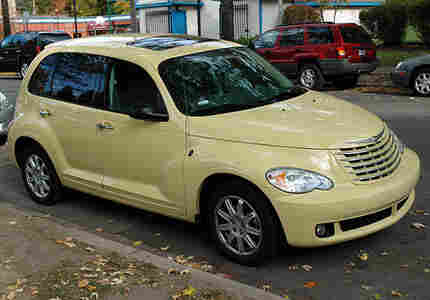 "End of the line." Caribb via Flickr hide caption

GM and Chrysler's restructuring plans today both lay out what would happen if they were forced into bankruptcy.

Both try to make the case that it would be a disaster.

GM's says, "Quick has seldom been the pace of bankruptcy proceedings in this country." The details are in Appendix L, where it lays out among other things how the brand would be damaged in the "RoW" (Rest of the World).

Chrysler has a whole chapter titled "Orderly Wind Down Scenario." Though it reads more like a threat.

Chrysler is asking Congress for an additional loan of $5 billion, on top of the $4 billion loan it already got. The company has announced that among its three core brands, it will discontinue the PT Cruiser, the Dodge Durango and the Chrysler Aspen.

GM, meanwhile, says it may need as much as $21.6 billion. It, too, promises to make cuts, including killing off its Saturn, Saab and Hummer lines. As you can see from the poll below, GM has several lines to choose from.

Which brings us to the poll. If you were in the captain's seat at GM, which one brand would you remove?