Accessibility links
Which Country Has The Most Mall Space? That Would Be Us : Planet Money The rankings are in.

Which Country Has The Most Mall Space? That Would Be Us

Which Country Has The Most Mall Space? That Would Be Us 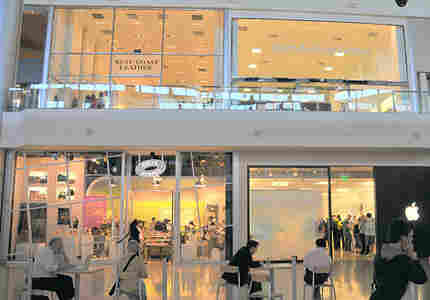 Plenty of room at the Fashion Show Mall in Las Vegas. Bewarenerd via Flickr hide caption

The story we aired this morning, about the giant companies you've probably never heard of that own shopping malls across the country, ended with this fact:

The U.S. has 20 square feet of real estate per person.

So what country is number two?

Here's the ranking according to some numbers compiled by Shopping Centers Today magazine in 2005. (Correction: According to June Williamson - below - this ranking only compares the U.S. to European countries.)

Thanks to June Williamson, co-author of Retrofitting Suburbia, and an architecture professor at The City College of New York/CUNY for the tip.

The ranking above looks at something called Gross Leasable Area. June says she thinks Sweden is #2 because of what she calls the "Ikea effect."

Gross Leasable Area is the square footage in a building that can be rented out to tenants, so it excludes common space like shared service areas and the "malls" in malls, but would include the storage space in big box warehouse stores like Costco and Ikea.

You can add photos of what's happening at your mall to our Planet Money Flickr pool.