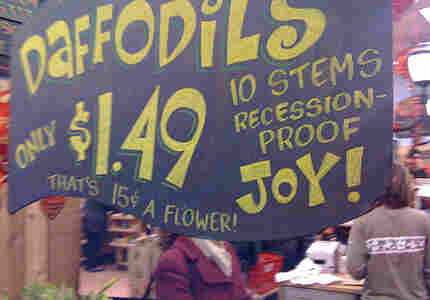 -- President Barack Obama unveiled his $75 billion plan to help homeowners avoid foreclosure, and economist Amir Sufi of the University of Chicago hears one word over and over and over.

-- With some of the biggest U.S. banks looking, um, insolvent, we're hearing more talk about nationalizing them. Hey, it worked for the Swedes, right? Leif Pagrotsky, vice chairman of the Swedish central bank, says his nation isn't quite a perfect model for Americans.

-- Paul Krugman won the 2008 Nobel Prize for economics, teaches at Princeton, writes a column for the New York Times, and fields your questions over Twitter.

Bonus: Blog comment of the day, after the jump.

From Sean Francis, re:

I'm getting annoyed that the people who live paycheck to paycheck are always being urged to spend more, when the people who have been earning massive salaries aren't being encouraged to buy new yachts. If I want to save money by eating bologna sandwiches, at least I'm buying bologna.