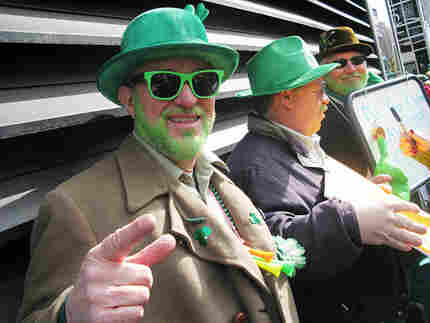 Full disclosure? I grew up in Pittsburgh.

There's my disclaimer, before I tell you things in the Steel City don't seem all that bad these days. As 2008 ended, Pittsburgh made news by bucking recessionary trends. Housing prices in 2008? Up. Wages? Up. Unemployment? Tolerable.

All this created a resilient mood in a city hardened by its own downturn, after steel collapsed in the 80s.

When I visited last week, I caught up with 28-year-old Mayor Luke Ravenstahl (yes, the guy who changed his name to "Steelerstahl" for a playoff game against the Baltimore RAVENS last season). He was doing something rare in this recession — showing reporters a spiffy downtown real estate development that's near completion. 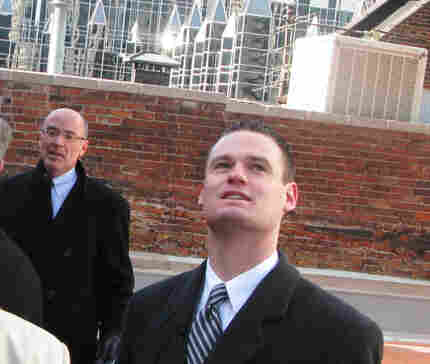 I asked the mayor if Pittsburgh is recession-resistant — and why:

Meanwhile, I kept running into people who lost jobs elsewhere and have come home to the 'Burgh to ride the recession out. Call it mixed results. 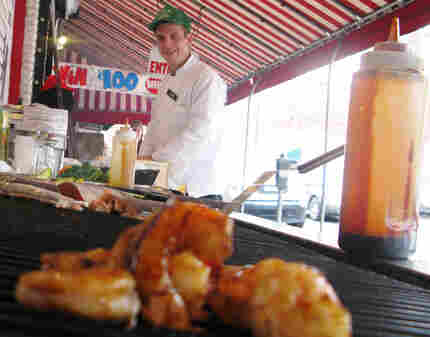 Grilling it up in Pittsburgh, Pa. NPR 100 Days via Flickr hide caption

Luke Wholey, 25, lost his carpenter job in Montana. He landed home in Pittsburgh a few weeks ago and opened a salmon-grilling stand. Luke's now spending his days cooking fish and shrimp on the street — outside the famous seafood market his family has operated for nearly a century.

Dusty Rowe hasn't found luck — even with the green wig I caught him wearing for Saturday's St. Patrick's Day Parade. 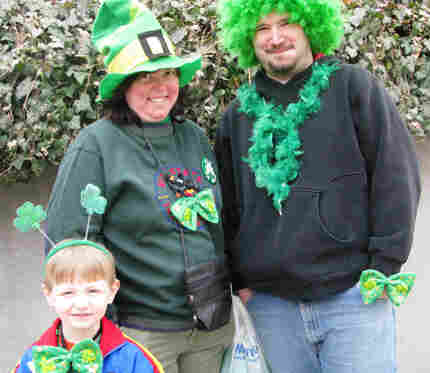 Reunited, but it's not so good. NPR 100 Days via Flickr hide caption

Dusty's 26 and was fired last year by an excavation company in Ohio. He's back in Pittsburgh and confident he'll find a job. Just hasn't happened yet. So for now, Dusty's living with his family. Here are Dusty and his mom (Ronda Allen, also pictured) addressing their cohabitation.