Accessibility links
Hear: What They're Saying : Planet Money On today's Planet Money: AIG wants to spend our money, China worries that we're spending theirs, and a Yale philosopher teaches us about blame. 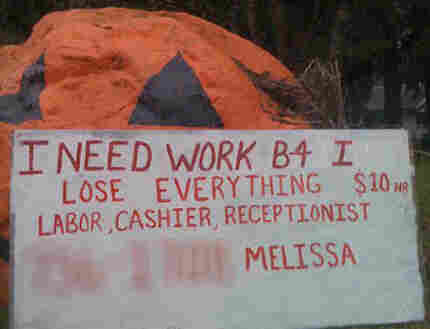 Outrage is building over AIG's plans to hand out millions of dollars in bonuses, after taking nearly $170 billion in government aid. President Obama is urging Treasury Secretary Tim Geithner to do everything he can to stop it. But that's not the only thing making people mad — others have criticized the insurance giant for paying out billions of bailout dollars to its trading partners, many of them overseas. Adam Davidson tells us where to direct our anger.

Meantime, Chinese Premier Wen Jiabao is expressing some frustration of his own, calling on the U.S. "to honor its promises and to guarantee the safety of China's assets." The country has over $500 billion in U.S. Treasury bills alone, and Brad Setser of the Council on Foreign Relations says they've got a lot to worry about.

Bonus: Seeds of the economic downturn, after the jump. 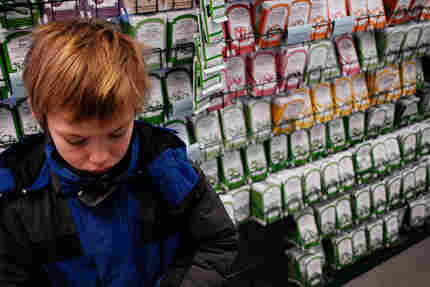 One nice thing about the economic downturn: people are getting into their vegetable gardens.

Portland Nursery was actually out of stock for a lot of the seed that we wanted to buy. Their staff said that, while their sales on ornamentals are down, they "can't keep up with vegetable seeds."

So I'm not sure exactly what's motivating people to buy more vegetable seeds. They might have the idea that planting a few seeds will equal a substantial savings in their grocery bill this summer. And it might. It sort of depends on what kind of gardener they turn out to be, and what their shopping habits were like to begin with. I'm pretty sure the price of low-quality-foods are still so artificially low that least expensive food option (in terms of cash) is cheese wiz and corn dogs from the dollar store (if you can call that food).

The nice thing about vegetable gardening is that it's a long term investment in not only in your grocery bill, but also in the soil, your education, in the natural world, and --of course- your health. It's nice to see more people doing nice things, even if we can't pay our stupid bills.