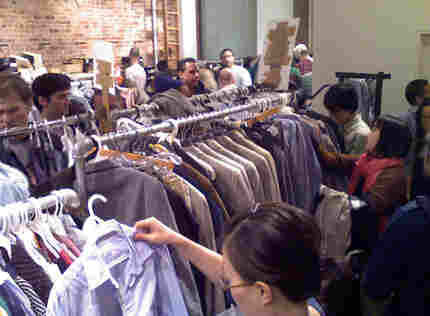 Dodd sends this picture from a sample sale in Soho. He writes:

I was dragged by my girlfriend to a kitschy boutique, where people who received "personal invitations" could shop for hip clothing at bottom barrel prices. Well, slap me in the mouth and call me Suzy... this place was bananas. After a 1/2 hour wait just to get in the place, I then had the pleasure of scuffling with over-eager skinny-pants hipsters clutching arms of sweaters, coats & pants for $110 T-shirts and/or $400 sweaters. These people couldn't get it out tha door fast enough. Just buckets of cash being dumped on the register. All I was thinking was "Recession Reshmeshon". I had to snap pictures of fiscal feeding frenzie for proof.

After the jump, a gloomy retail scene. 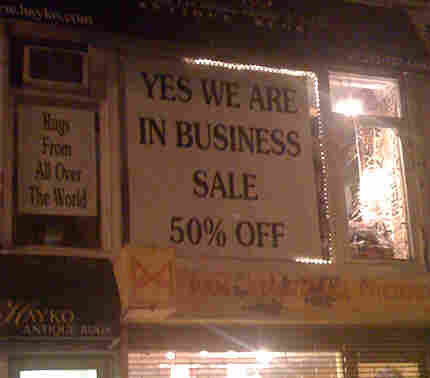 Seen on the Upper East Side. Dodd Loomis hide caption