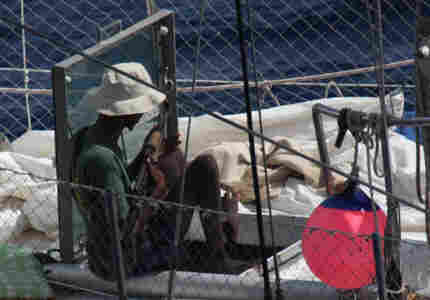 A pirate in the Gulf of Aden. ecpad/AFP/Getty Images hide caption

-- U.S. Treasury Secretary Tim Geithner trekked back up to Capitol Hill this week, this time for a hearing with Elizabeth Warren's Congressional Oversight Panel.

-- Even pirates need a business plan. J. Peter Pham, an analyst of African affairs at the James Madison University, looks at the economics of guns, captains, and $2 million dropped into the sea in waterproof containers. Plus, Per Gullestrup, CEO of Danish shipping company Clipper Group, has dealt with pirates first-hand — he says they're tough negotiators.

Read more about the economics of piracy from Peter Leeson, an economist at George Mason University on npr.org

After David Kestenbaum posted this chart from the IMF, we asked the Twitter crowd if they understood it. 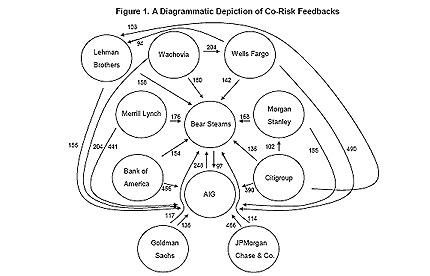 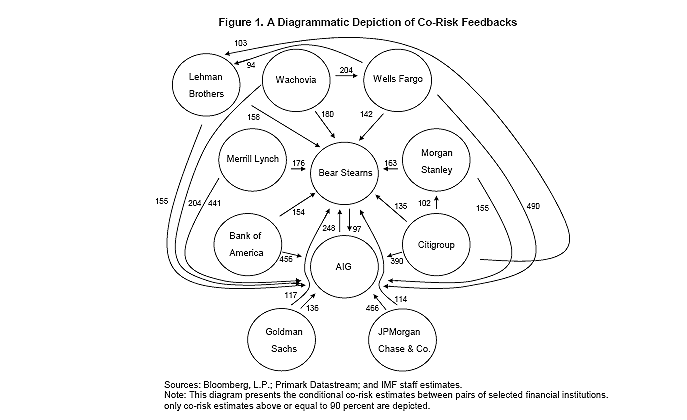 They understood it, all right, but each in his or her own way.

@OnOneCondition: OH! I know, It's a jellyfish blowing little banking bubbles. What do I win?

@reneerico: Isn't the best system regulator a market that is transparent and where no participant holds market power?

@ananelson, part one: That graph is yet another illustration of how everyone conveniently forgot the "uncorrelated" part of diversification of risk.

@ananelson, part two: I do actually find it worrying that the IMF doesn't understand hyperlinks.

@MLeaverton that chart means that we're all screwed!

@DocPowers: that is what a dangerous oligopoly, unregulated markets and the myth of shared risk looks
like

@karlw00t looks like Bear Stearns and AIG had all the arrows going to them ...

@TbroOnline I understand it perfectly, it's a mushroom, actually It's a smurf house since it has a chimney

And finally, the challenge, from @bucknam:

that IMF chart is ripe for re-visualization. A good challenge for idle hands in the design studio this morning!

It's all yours. We await the results.