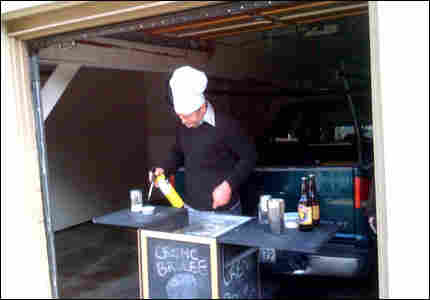 -- On Monday, Jeff Nielsen told us about the trouble he'd had getting his mortgage reworked. He couldn't get an answer back from Wells Fargo, though his situation would seem perfect for President Obama's new program to keep people in their homes. After that podcast, wonder of wonders, Neilsen got a break.

-- Shipping executive Per Gullestrup wanted to rescue a crew of sailors from pirates demanding $7 million ransom. He ended up forging an unlikely business relationship with the negotiator, "Mr. Ali," marked by mutual respect and the gift of newborn livestock.

-- A haiku medley, written by you.

Bonus: Eating your own eats. 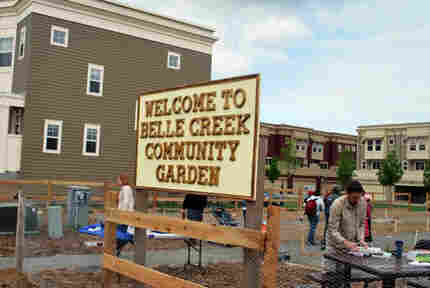 As in 36 plots out of 40 sold in less than two weeks for our community garden here in Henderson, Colorado.

We took one of the empty lots and converted it to a community garden. I would say we are following a trend of growing locally, eating in with our own eats and saving $ in these economics time.