Accessibility links
Hear: Scandals To Remember : Planet Money On today's Planet Money, the trouble with global regulating. Plus: A scandal for the ages. 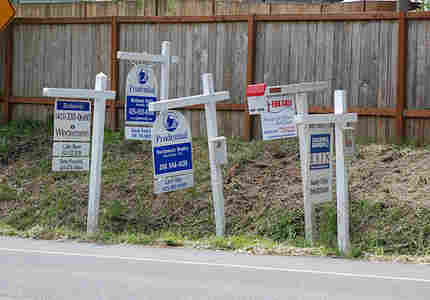 -- What happens when you take giant international corporations and try to give them a single regulator? Mike Roster, a bank regulatory lawyer, says you get a whole lot of folks being overly polite. Part of the problem, Roster says, is that people too quickly forget the disasters of the past.

-- Before there was Bernie Madoff, there was Ivar Krueger. In his new book, The Match King: The Financial Genius Behind a Century of Wall Street Scandals, Frank Partnoy reveals a riot of scandal that we'd all do well to remember.

Bonus: The full interview with Elizabeth Warren, and, after the jump, a Prius dilemma.

For years I have wanted a Toyota Prius but until recently there was no real problem with my current car, which I should point out is still newish and paid for. So, I made a compromise with myself and started making payments equal to the amount I would expect to pay on an auto loan directly into my savings account. The idea was, by the time my current car got too old, gave up on me, or I could no longer resist the hybrid goodness that is the Prius I would have enough money in my "Prius Fund" for a more than substantial down payment or perhaps enough to pay cash outright.

Fast forward to present day. . . My car is approaching 100k miles and it's starting to act a little flakey. That paired with huge dealer incentives is really making me want to rush out to the dealership. But, there is a problem. That Prius fund I mentioned, the money I set aside specifically for a new Prius, I don't want to spend it.

This has me thinking about a somewhat recent podcast where you outlined the denomination effect. I wonder, is what I am experiencing somewhat related to the denomination effect? I find it odd that I, as with many other Americans don't stress much about financing a large purchase, but when the money is in my hand it's a much harder decision. I worry about debt and try to be frugal wherever possible but it troubles me that I would rather finance a Prius than part with my hard earned long saved cash.

As for the Prius, perhaps it will have to sit on the lot for a while longer. I think I'll just take my current car to the mechanic down the street. Hmm, no wonder the auto parts industry is doing so well. ;-)