Accessibility links
Hear: They Know You : Planet Money On today's Planet Money, credit card companies want to be your friend. It's a little creepy. 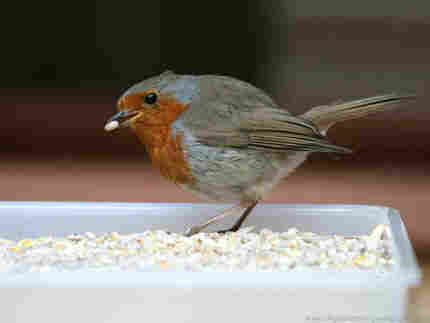 Credit card companies love people who buy the best for birds they don't own. S and C/Flickr hide caption

Credit card companies have decided to become your friend, before it's too late. If they chat you up instead of sounding threatening when you call, they figure, you might pay them back first. That's the message from New York Times reporter Charles Duhigg, who just published What Does Your Credit Card Company Know About You?

While they're getting friendly with you, credit card companies have managed to learn a thing or two about exactly your ways. For starters, they're never happier than when customers buy premium bird seed, or put their kids' pictures on their credit cards. But if they hang out at Sharx, an upscale pool hall in Montreal? That's bad news.

With a special guest appearance by Laura Roberts, who has hung out at Sharx once or twice but prefers another place. 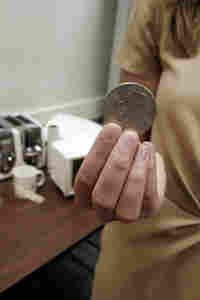 Jen Weiss traded a dollar for the coin. hide caption

Lisa Fleisher, a real estate reporter and blogger at the Newark Star-Ledger, sends this indicator:

On Fridays, we have bagels in the office, one for a dollar.

The silver dollar was in the coffee mug. People usually hang onto pieces like that, right?

"People really are down to their last dollar" — that's Kathy O'Brien, the columnist here who brought in the bagels this morning.