Accessibility links
So Much For Vacation : Planet Money A new Ipsos/Reuters poll shows that worldwide consumer confidence is stabilizing after falling for a year and a half.

So Much For Vacation

So Much For Vacation 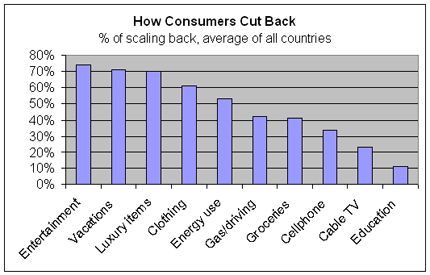 A new Ipsos/Reuters poll says that worldwide consumer confidence is stabilizing after falling for a year and a half. The poll also found that while consumers around the world did cut back on household spending due to the recession -- travel's near the top of the list -- they don't seem to be cutting still further. The poll gives a picture of how people around the world are dealing with the recession.

We'll have to wait to see whether that translates into a measurable boost for the world's economy, but this could be an indicator that consumer spending is going to stabilize in the coming weeks.

The poll focused on 23 countries that make up 75 percent of the world's GDP. I have to wonder how confident the other 25 percent are feeling right now.