Accessibility links
Hear: Paying It All Back : Planet Money A Seattle couple shares the story of how they paid back their 30-year mortgage, and Boston shares its pride as Bernie Madoff lands a 150-year sentence.

Listen
Hear: Paying It All Back 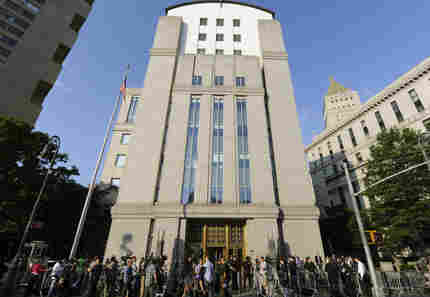 -- Does anyone really pay off a 30-year mortgage? NPR's National Desk Editor Steve Drummond asked Chana Joffe-Walt to find out, and after some digging, Chana found a couple that did just that. Tamar and Chris Pearsol of Seattle share the story of their mortgage.

-- Bernard Madoff's 150 years prison sentence is the big news of the financial world today, but is there anything new to say about Madoff? Curt Nickisch, of NPR member station WBUR in Boston, says so. The citizens of his hometown view today's events with a particular pride, Nickisch says, since the man who first alerted the world to Madoff's ponzi scheme was their own Harry Markopolos.

Bonus: Comments of the day, from the blog.

Earlier today, we posted David Kestenbaum's calculation that if you divide the estimated $65 billion of fraud into his 150-year prison sentence, Madoff crimes total about $1.2 million per day in jail. Here are a couple of choice comments from you:

so at $1.2 million a day, i wonder if i could swindle $8.4 million in exchange for one week in prison? that seems like a pretty worthwhile trade-off.

I'm actually annoyed to hear that Madoff received a long prison sentence. I know prison is a real bummer, but taxpayers are now going to have to support him for the rest of his life. I was hoping the judge would seize all his assets and then require him to get a job to support himself. Of course, he would have needed a job that would not allow him to be responsible for any money. Maybe something like waxing the floors at night in his former office building.

I guess we have a few things left to say, after all.