Accessibility links
Secrets Of The Watchmen : Planet Money On today's Planet Money, an inside look at the people who were supposed to take care of the economy. 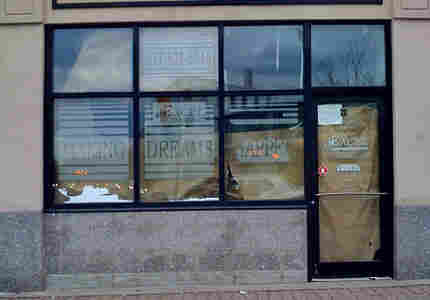 We're launching our fourth special this weekend on This American Life — on some stations, you can start hearing it as early as tonight. The show is all about the people and agencies who were supposed to be watching out for the economy, and why all that watching somehow failed to stave off the financial crisis.

Chana Joffe-Walt and David Kestenbaum reveal two fascinating bits you won't hear anywhere else. The first concerns Darrel Dochow, a regulator whose tenure stretched from a bank at the heart of the Keating Five scandal to the collapse of IndyMac. The second is about Mabel Yu, a bonds analyst who tried to warn her company to stop buying mortgage-backed securities.

Plus, an interview with Jon Swan, one of the Harvard students behind the MBA Oath, and a farewell to our fabulous editor Jonathan Kern, who's retiring. He has some advice for you.

Bonus: Deer on the lawn as economic indicator. 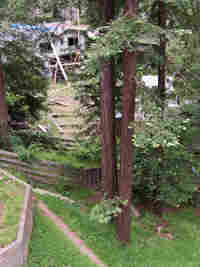 Enlarge the picture and find the deer. hide caption 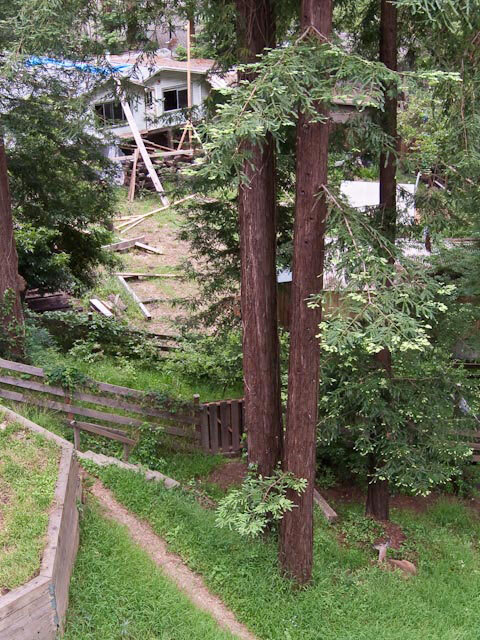 Enlarge the picture and find the deer.

From the San Francisco Bay Area, Enrique sends the picture above and writes :

One nearby home appears to have been abandoned in mid-renovation as it went from 1950s ranch to 2008 swank. We've seen as many as 8 deer grazing in the back yard of the stalled construction. There's a doe resting at the bottom right below, and the floor-less shell of the house at top left.

It's been suggested that this might've been a 2nd home the owners intended to rent, but the money suddenly ran out.