Accessibility links
You're A Car Mogul : Planet Money GM heads for bankruptcy. Part of the fix: The U.S. gets 60 percent of the company.

Listen
You're A Car Mogul 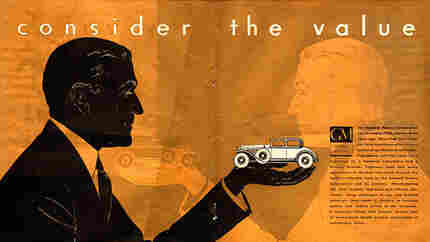 From the Literary Digest for Jan. 10, 1931 Boats-n-cars hide caption

Congratulations, Americans, you're on the road to car company ownership. General Motors filed for bankruptcy protection today, in a deal that calls for the U.S. government to own 60 percent of the automaker.

That works out to something like an investment of $192 per taxpayer.

NPR's Frank Langfitt says two big questions remain: When will GM make money again, and how much will the United States lose?

Bonus: A postcard from a past you maybe never knew. 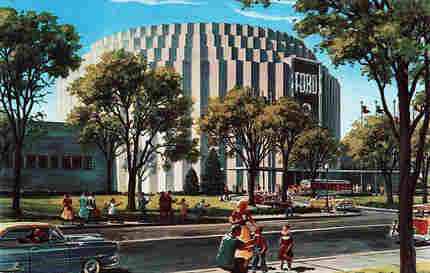 Penny Schenk sends us this image. She writes:

My late father, artist Tom Schenk, painted the image featured on this (undated) postcard; he did quite a few paintings for the Ford Times magazine at one point in his career. Strange to come across this cheerful image just when the the US auto industry is in such dire straits. He remembered fondly the Model T's from his childhood on the farm in Ohio.

So much for that, I guess.