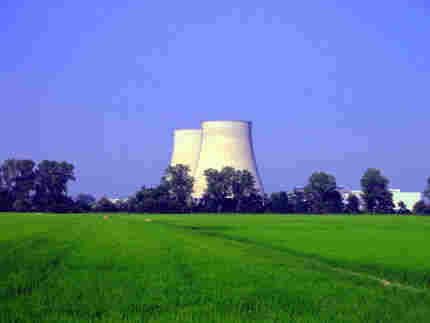 ScienceFriday today will tackle the economics and politics of nuclear power.

Reactors cost billions of dollars to build. SciFri's got Stewart Brand on the guest list who has been urging other environmentalists to get behind nuclear power as a way to address climate change.

AFP reports that Sweden also just picked a site to bury its waste, near the town of Oesthammar.

Two towns were actually competing for that privilege.

"Public acceptance in both towns hovered around 80 percent."

The report says Sweden recently changed its mind on nuclear power. It was going to phase out the country's reactors. But with concerns about global warming, the government will now allow the existing plants to be replaced when they get old.

I visited the town where France plans to store its waste. Some nice nuclear activists there made me tea on a wood-burning stove.

President Obama has put the brakes on the only long-term plan for storing waste in here in the U.S. It was a delicate issue for him on the campaign.