Listen
Hear: Making A Life On $2 A Day 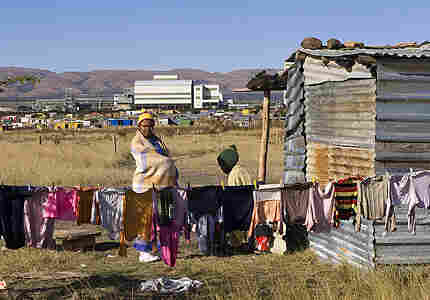 Economists at the World Bank calculate that 2.5 billion people live on $2 a day, but what exactly does that mean? In the developed world, living on so little would be almost unthinkable. For 40 percent of the global population, $2 a day is a reality that must, somehow, be made to work.

In Portfolios of the Poor, Daryl Collins and co-author Jonathan Morduch uncover the surprisingly complex financial lives of the most destitute people.

Hans Rosling is a wizard of statistics. Rosling, a founder of Gapminder, animates the numbers that tell us how the world is doing. For him, seeing data in the clearest light is the best way to understand the human condition.

In the following TED talk from 2006, Rosling uses Trendalyzer software to decode life on Planet Earth. Gapminder, a nonprofit devoted to sustainable development, calls it "statistical time." We call it 19 minutes well spent.