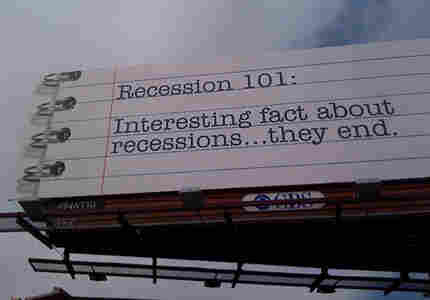 And then there's real life. Anyone who has spent any time looking at the stock market has to think there's at least a decent chance the whole thing is crazy — prices pinging around, investors making crazy bets, regulators trying to figure out who's flouting the byzantine rules.

Justin Fox, a writer for Time and author of The Myth of the Rational Market, talks about teddy bears, bubbles and Alan Greenspan.

Bonus: An hourly rate for "hassle?"

Indicator: the average hourly rate people bill themselves for "hassle."

Definition? So, my dad is a pretty handy guy, and has always been good at fixing cars, fixing stuff around the house, etc. However, sometimes he decided to do it, and sometimes he paid people to do it, and his explanation is that he sets an hourly rate that he "bills" himself for doing stuff that he describes as a "hassle," i.e., there is no fun factor to it. The rate changes based on how busy he is with work, how his personal savings are doing, etc.

At the time he told me about it, when I was a teenager in the '90s, his hourly hassle rate was about $20/hr. If it would take him 5 hours to fix the water heater, including going to the hardware store, messing around with it, cleaning up, etc., but it would only cost $80 to pay someone to do it, he'd pay them, since it is "cheaper" than his $20/hr hassle rate.

These days his mortgage is paid off (yes, he actually paid off a fixed rate mortgage last year), his hassle rate has gone up quite a bit, to more like $40/hr, reflecting his increased spending ability combined with a greater appreciation for spending time on fun things.

I've always used the same system, modifying my rate on parameters such as finances, savings, time availability, enjoyment of certain types of tasks, etc., but it hovers around $30/hr for me.

To get to my question, is this a common indicator? I know people unconsciously make decisions like this when deciding whether to fix something themselves, or pay someone to do it, but is it usually this explicit? Is it studied by anyone who tries to measure what people's internal hassle rate is, and how that changes over time, particularly during recessions? Are more people fixing their own toilets because all of a sudden their hassle rate has dropped to $10/hr, making it "cheaper" to mess with a dirty toilet than to pay someone else to fix it?

On the quick, Sam, I'd say that yes, people are fixing more things themselves.

I think your answer lies somewhere between transaction cost and opportunity cost.

Transaction costs are the expenses associated with carrying out an economic exchange — you can buy that refrigerator, but you've got to deal with carrying it home. Opportunity costs are what you lose when you pick one thing over another — you could fix that sink yourself, but then you couldn't also take a nap and go for a run.

As for how explicit people are about the dollar figures, my hunch is not very, but while I'm researching this, a bit of YouTube serendipity: