Accessibility links
Fewer Students Borrow For College. Those Who Do Spend More. : Planet Money A new report from Sallie Mae says students used to be more willing to take on debt for school rather than put off getting an education.

Fewer Students Borrow For College. Those Who Do Spend More.

Fewer Students Borrow For College. Those Who Do Spend More. 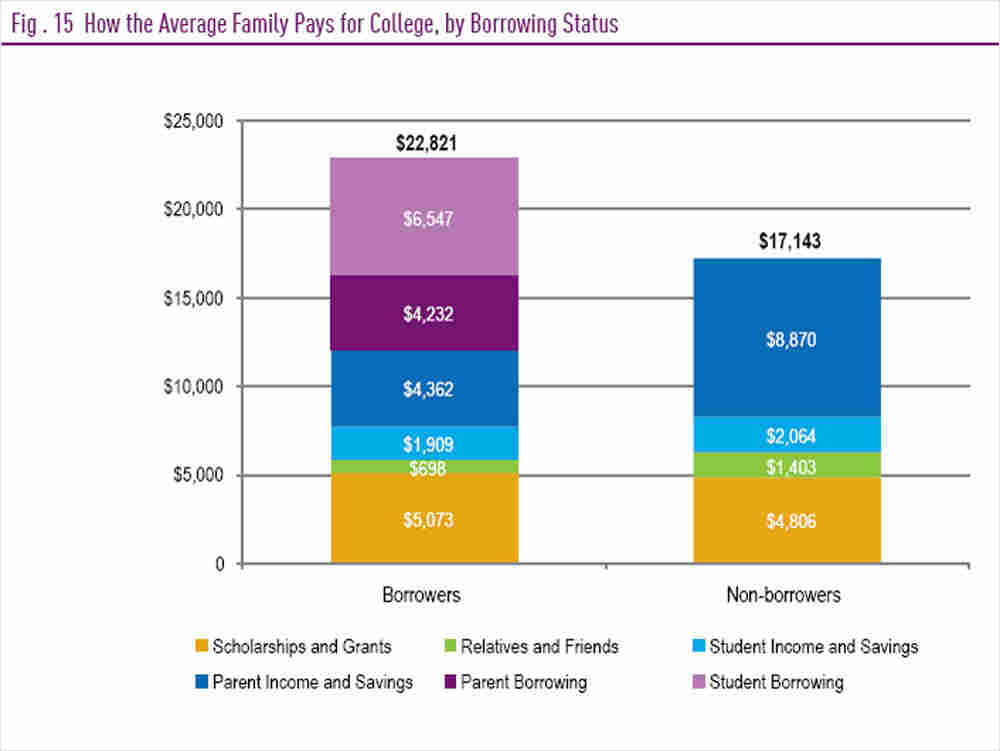 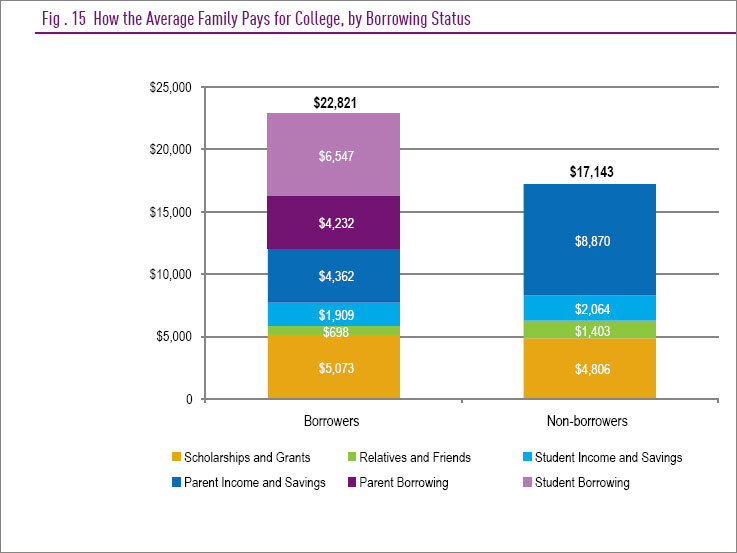 Going into debt to pay for school. Click to enlarge.

Fewer families are borrowing for college than you might think. According to a recently released survey of college-aged students and their parents sponsored by student lender Sallie Mae, just 42 percent of families took on debt to send someone to college in 2008-2009. Last year, 47 percent of families did.

The survey included 800 students and 804 parents. Spending ranged from parental income and savings (for 36 percent of the students) to help from other relatives and friends (6 percent). A quarter of the respondents said they'd gotten grants and scholarships. Another 14 percent took out loans themselves.

Students are starting to show signs of putting off school for now. Fewer students said they would rather borrow than not attend college this year, with 53 percent compared to 67 percent last year. It may also be that budget-conscious students have become more wary of debt and are economizing by choosing cheaper schools. Students who borrowed money spent 30 percent more on tuition than those who did not.

Despite the current economic climate, most parents said they were confident in their ability to pay for college. However, many did note concerns about lost of value of savings and investments (31 percent) and lost income due to job loss (23 percent). Families reported a 9 percent increase in the cost of college this year.

Four years out of college, student loans are very much a factor in my life and my parents' lives as well. I was recently reminded of just how much I still owe when I received a check for $83 from my alma mater, Emerson College. Turns out that Emerson has agreed to pay $780,000 to 4,000 students and graduates for steering us toward preferred lenders who did not offer the best rates. The settlement was reached after a joint investigation of the student loan industry by attorneys general in New York and Massachusetts. From Attorney General Andrew Cuomo's office:

As for me, my $83 is going straight to Sallie Mae to cover my loans.