Accessibility links
Obama Says His Health Plan Won't 'Pull The Plug On Grandma' : Planet Money In a town hall meeting in Portsmouth, N.H., President Obama says it's all about "health insurance reform." Plus: The difference between supporting and opposing protesters. 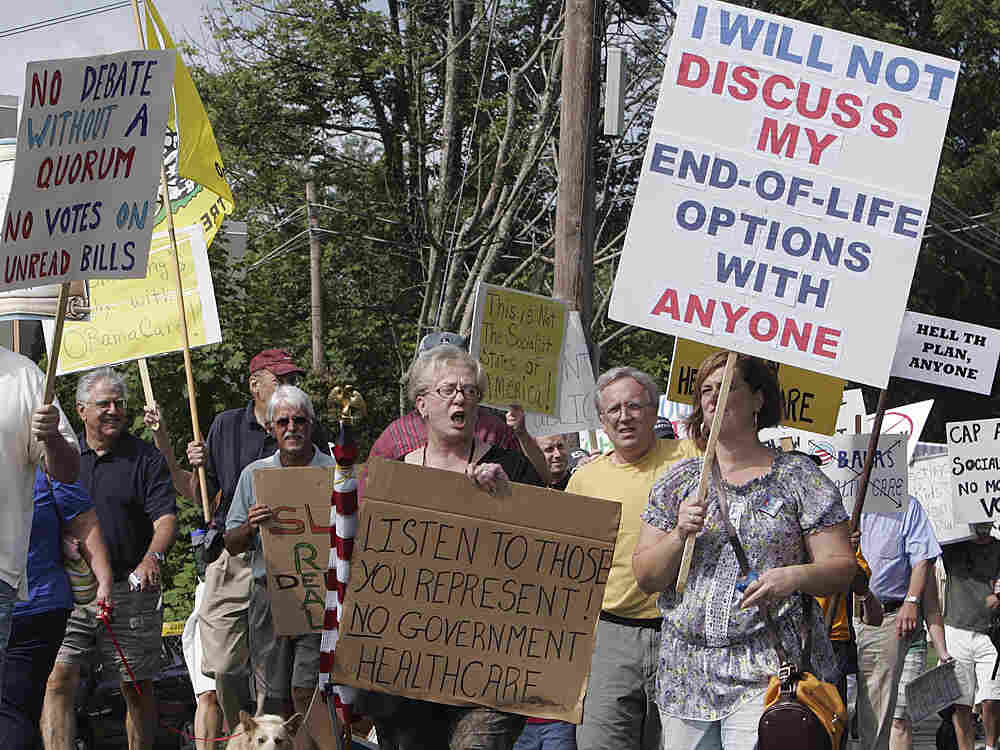 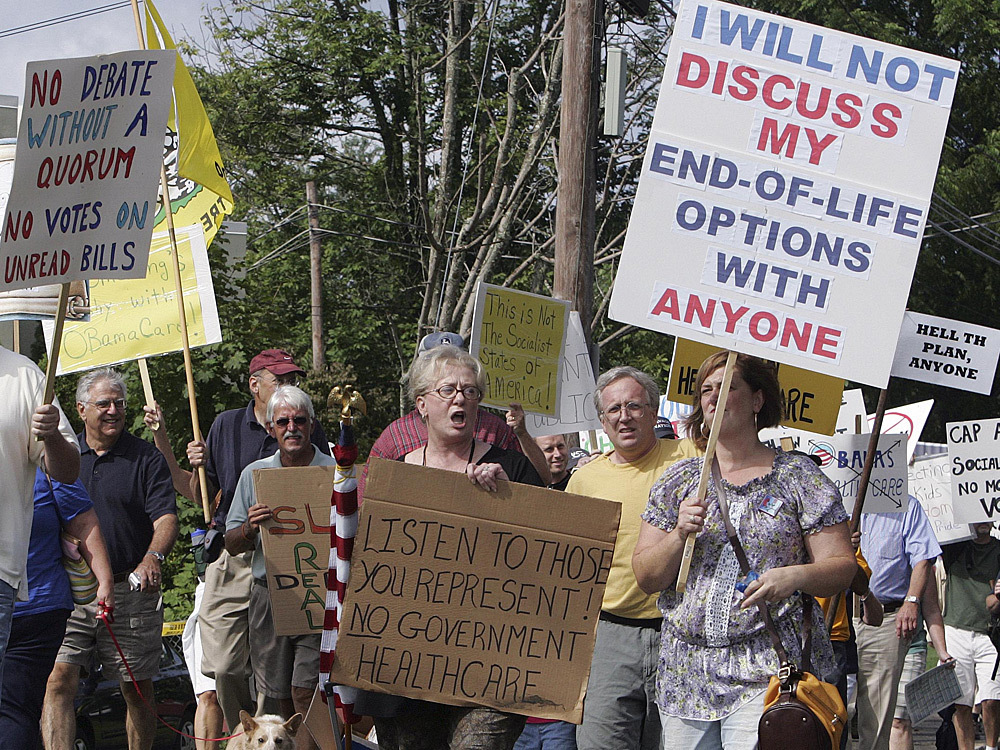 At a town hall meeting in Portsmouth, N.H., President Obama took a question from schoolgirl Julia Hall of Malden, Mass., telling her his plan won't "pull the plug on Grandma."

"Right now, insurance companies are rationing care. They are basically telling you what's covered and what's not. They're telling you, 'We'll cover this drug but we won't cover that drug. You can have this procedure or you can't have that procedure. So why is it that people would prefer having insurance companies make those decisions rather than medical experts and doctors figuring out, you know, what are good deals for care and providing that information to you as a consumer and your doctor so you can make good decisions?" 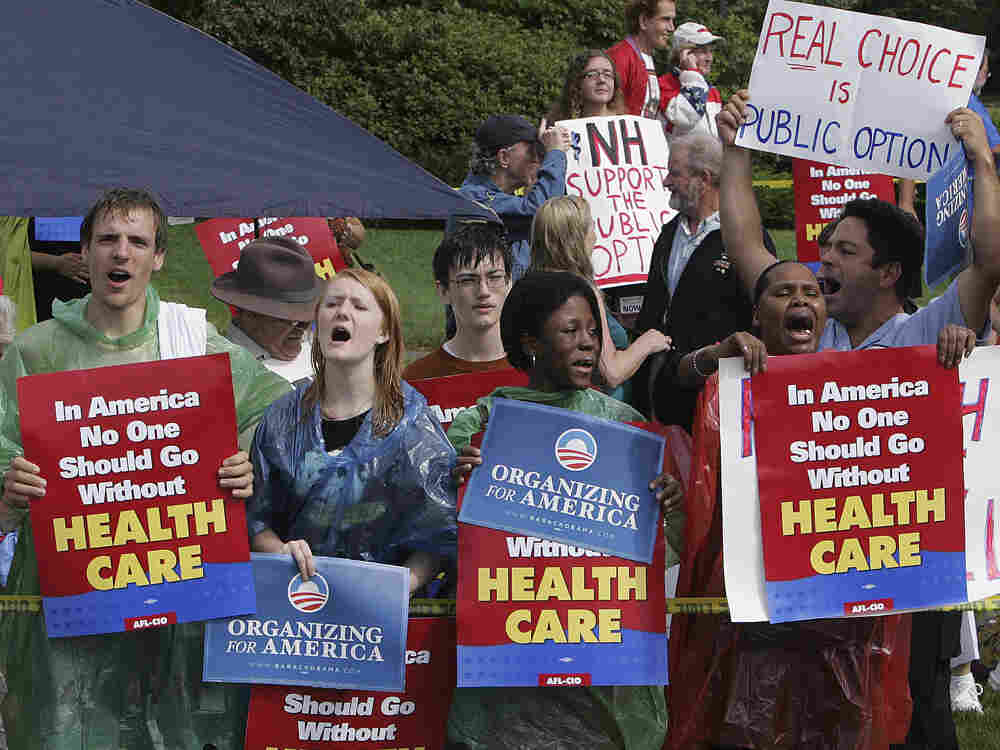 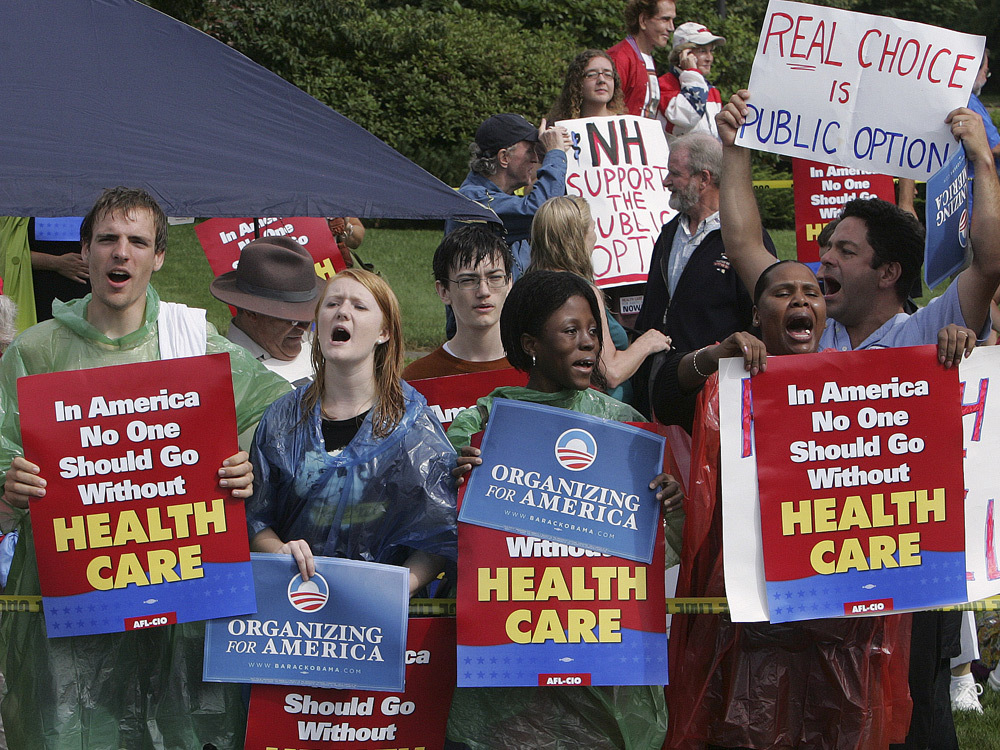 Earlier: President Obama is taking part in a town hall meeting on health care in Portsmouth, N.H. A couple of early notes:

First, town hall meetings on health care around the nation have been disrupted by protests that Democrats say are manufactured "angry mobs" and Republicans call a sign of grassroots dissent. In Portsmouth, protesters have turned out for and against the Obama administration's plan. If you look at the press pictures coming back, you might notice a few differences. For starters, the opponents are carrying more homemade signs, while the supporters are carrying more printed signs, including ones from the AFL-CIO. I'm not saying it's a complete divide everywhere; I'm just saying it's noticeable today.

Second, in his scripted opening remarks, President Obama was careful to cast the debate as one over health insurance -- we in the media tend to describe it as a broader overhaul of health care. For instance, Obama started by arguing America needs a new economy that works for everyone. He added, "Health insurance reform is one of those pillars that we need to build up that new foundation."