Accessibility links
Podcast: Emily Oster Decodes The World : Planet Money Some days, you just have to wonder why the world is the way it is. Emily Oster is making a career out of training the lens of economics on just that question. 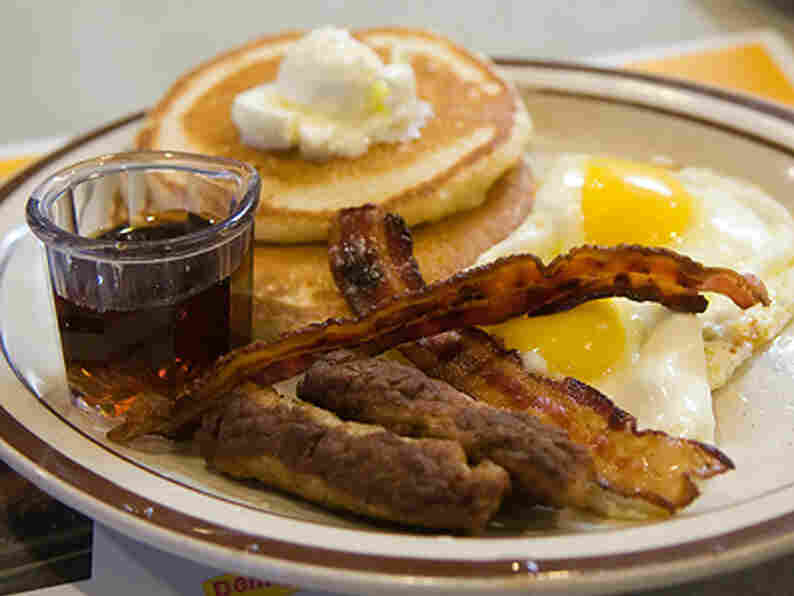 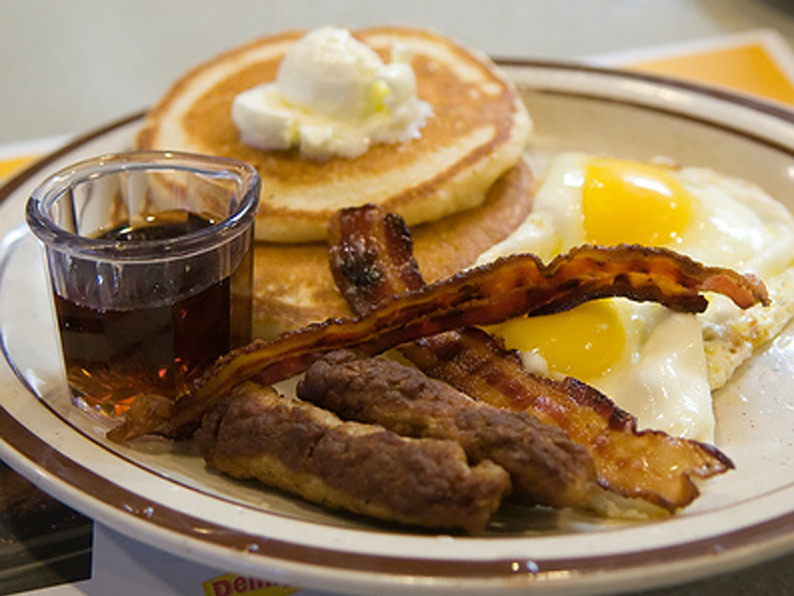 Some days, you just have to wonder why the world is the way it is. Emily Oster is making a career out of training the lens of economics on just that question.

Oster talks about her economic of analysis of AIDS and risky behavior in Africa (see her amazing TED talk on that), and she answers a riddle from a Planet Money listener. That riddle: Why, when prices are flat or falling, are restaurants piling more food on our plates?

Bonus: A health insurance testimonial from the U.K., after the jump.

In addition to objections from doctors, we keep getting responses to our first podcast on health care from people outside the U.S. This one comes from Matt Conner in the U.K. He writes:

You raised an interesting point regarding the patients (read: customers) stake in holding down health care costs. The idea that everyone is paying with someone elses money really struck home for me, especially since I've had a completely different experience for the past 6 and a half years.

I'm an American contractor living in the United Kingdom, home of the National Health System. I have excellent private insurance (Cigna) through my company, but we've relied on NHS for nearly all of our needs during our time overseas. However, both our children were born over here, and both times, we chose to use the NHS. The ONLY costs I paid were by choice. My wife wanted a private room for her recovery period. By the way, she chose to stay a few days after each to make sure she was fully recovered and our children were healthy. I hear horror stories about US hospitals rushing women out so they can turn over a bed. Not here. If that wasnt enough, midwives visit the new arrival at home for the first ten days after the birth. They do checkups for the baby and the mother, deliver medicine, and provide guidance on nursing. Did I mention that prescriptions for both the baby and the mother are free for the first year? So, the care is fantastic. And it's globally available to any resident, even people like me who aren't paying taxes.

In the interests of full disclosure, let me admit that I've had two elective surgeries since I've been here. I chose private insurance solely based on the time it would have taken to use NHS, and because I could. If the option weren't available to me, I would have just waited.

The main point I wanted to make was about the investment of the customers. My observation, proven by friends and doctors alike, is that NHS patients approach their care completely differently. They understand on some level that they bear the cost of the care in the form of taxes they pay. Doctors regularly prescribe basic wellness treatments such as rest, fluids, etc. They don't automatically write a script for something, especially if it's viral. They use common sense. And to generalize broadly, patients seem to accept it. They actively participate in keeping costs down. For my wife's admission the hospital, they asked us to bring some basic necessities to help keep costs down. It wasn't like checking into a hotel as I understand stateside admissions can be. In the States, it seems like hospitals just send the bill to the insurance company and everyone is happy, and more importantly, profitable. NHS care is.

I was an advocate of national health care before I moved to the UK, and my experiences here have only solidified that position. I've long believed that providing for the common defense and welfare means more than bombers and tanks. The US has ceded its responsibility to its citizens and left us at the mercy of the insurance companies and the almighty dollar. NHS takes its licks, and there are plenty of things that I would change if I could, but in the end, the National Health System works.