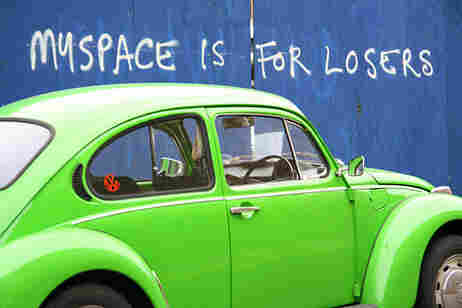 If you find MySpace more chaotic than Facebook, that's no accident. Founders Chris DeWolfe and Tom Anderson wanted to create a site that's just as disorienting as your average nightclub, a crazy landscape of musicians and models and Hollywood desire, says Julia Angwin, author of Stealing Myspace: The Battle to Control the Most Popular Website in America.

In February, MySpace founders Chris DeWolfe and Tom Anderson paid a visit to Charlie Rose. In April, DeWolfe stepped down as CEO. Maybe it's just the format, but we think you can see DeWolfe and Anderson sweating it already in this interview.