Listen
Father Of The 'Public Option' Defends His Big Idea 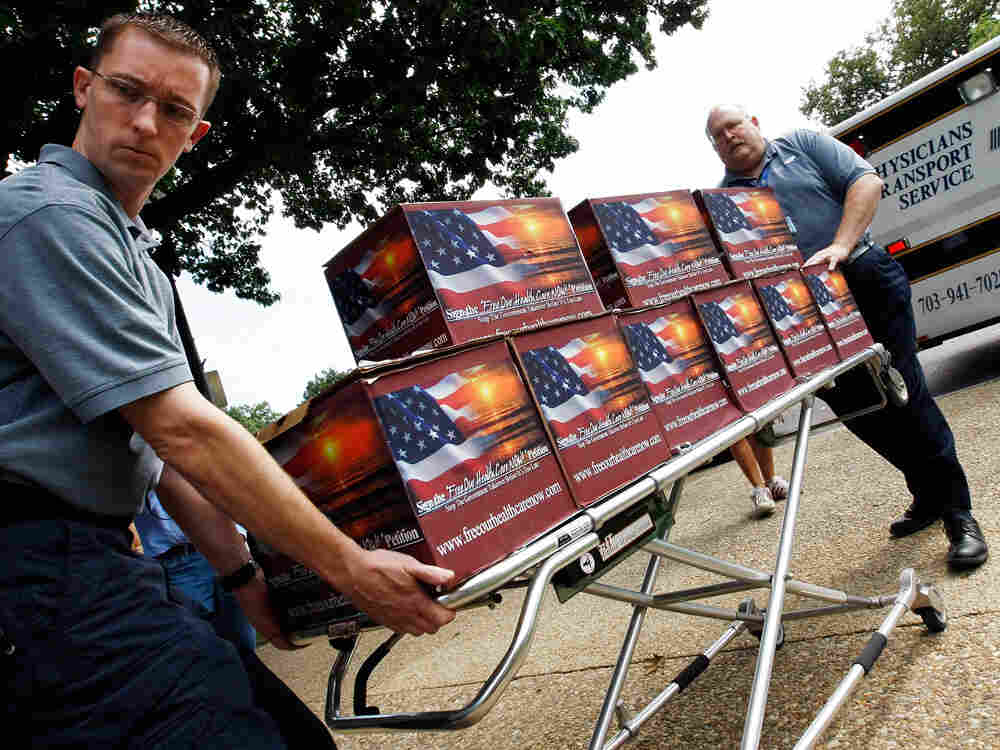 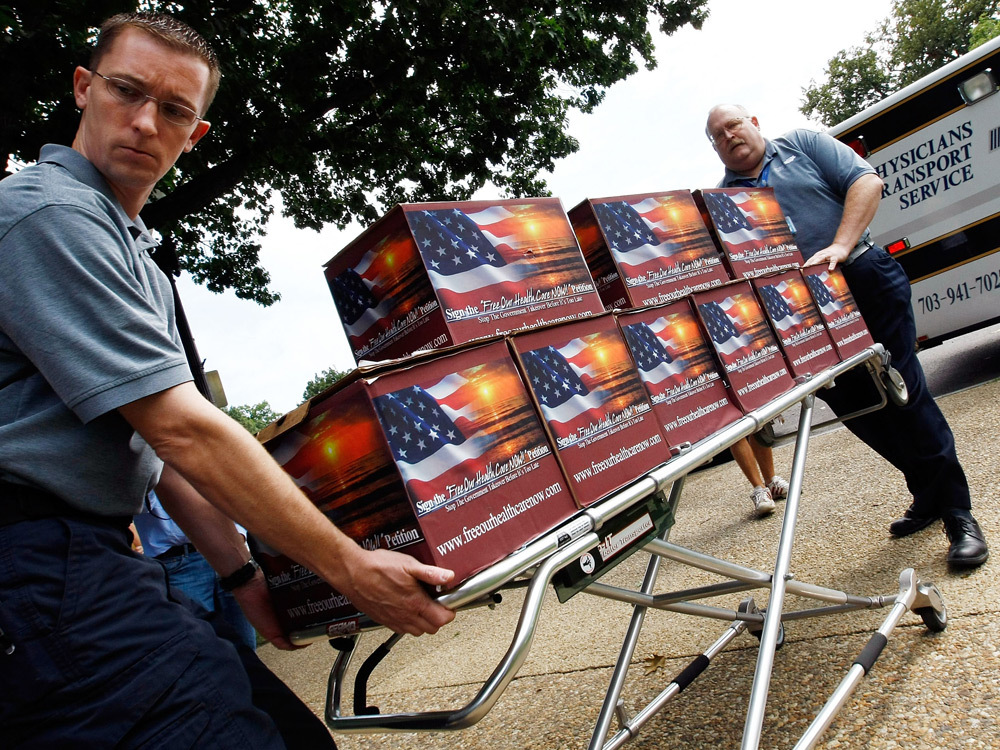 On Capitol Hill, delivering petitions against a health care bill that includes a public option.

Meet Jacob Hacker, the father of the "public option." Hacker, a Yale political science professor, introduced the notion of the federal government offering a health insurance plan that would compete with ones from private companies.

President Obama calls the public option a means of pressuring private insurers to keep policies affordable, while critics say it would put them at an unfair disadvantage.

Now Hacker takes a turn defending his big idea, saying that a public plan would cost less to run and be able to bargain for better prices.

Bonus: A health insurance tale, after the jump.

We asked for your stories about dealing with insurance company billing practices. Brian Gist, who now lives in Chicago, sent one from 2001. We'll delete the insurer's name. Gist writes:

While on a ski trip to Lake Tahoe, I fell (on my first run on the
first day of the trip) which required a trip to the Tahoe Ski Clinic.
A set of x-rays showed no injury — "Put some ice on it and take some Advil, and spend quality time in the bar while the rest of your family skis this week."

When I received my statement from [deleted], I was only slightly surprised to find the claim was denied. That was their M.O. — deny first, and pay after I called for an override.

It was instead the reason for the decline, however, that made me smile: