Accessibility links
The Face Of Foreclosure : Planet Money A listener sends photos from outside the home of a Minneapolis woman who police evicted over the weekend.

The Face Of Foreclosure

The Face Of Foreclosure 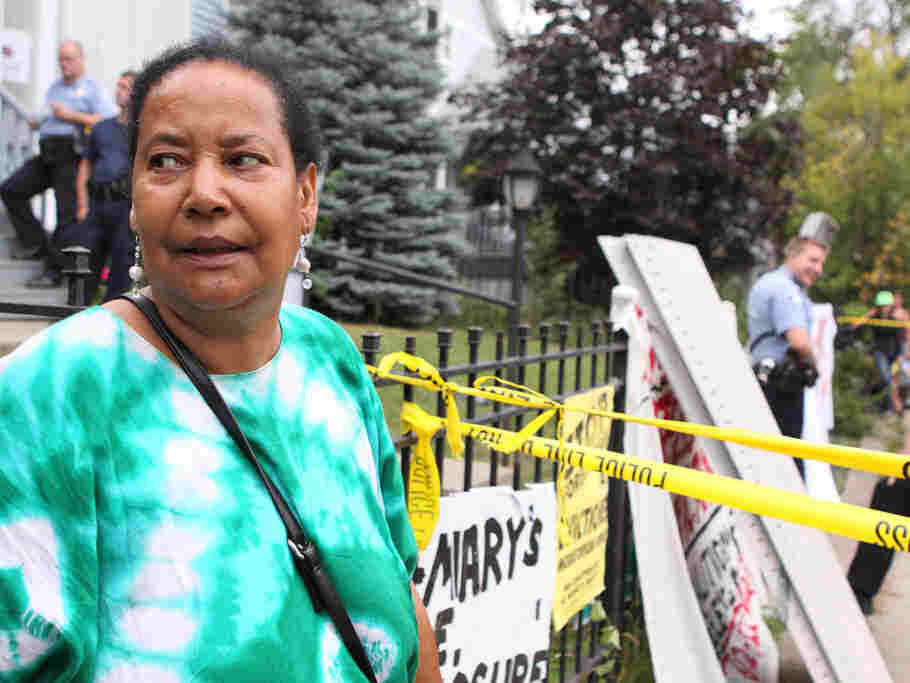 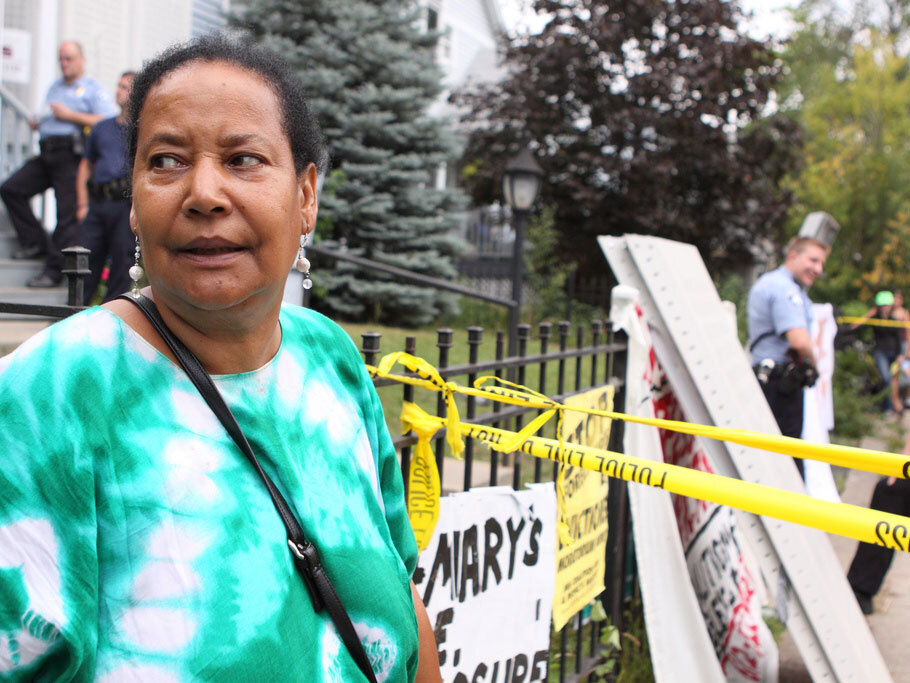 Rosemary Williams outside her foreclosed home in Minneapolis.

Listener Christopher Thompson sends these powerful photographs taken outside the foreclosed home of Rosemary Williams, a Minneapolis woman who for months has refused to leave her property. Seven protesters were arrested outside the home over the weekend for breaking through plastic police tape roping it off. Minnesota Public Radio reports:

Williams has been fighting eviction for months. GMAC said in a statement that it has attempted to negotiate several arrangements that would have allowed Williams to remain in her home, but they all fell through.

Williams was ordered to leave her property on Aug. 7, when Hennepin County sheriff's deputies served the eviction notice and changed the locks on her house. But a group of her supporters broke the locks and have been occupying the home ever since, vowing to stay despite the order.

"We intend to protest this," said activist Mick Kelly this afternoon. "Our goal is to get justice for Rosemary, to allow Rosemary to stay in her home."

Williams accepted a $5,000 check from GMAC this afternoon, but has not yet decided whether to cash it. A GMAC spokesperson said the company provided the money to help Williams relocate to a new residence.