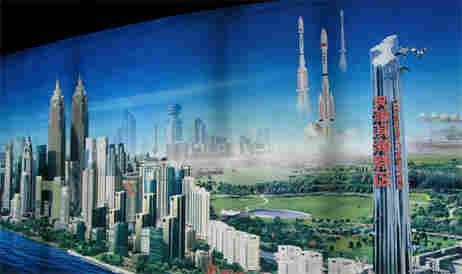 Ian Bremmer of Eurasia Group and professor Kishore Mahbubani of the National University of Singapore take us on a brief world tour.

Mahbubani, author of the New Asian Hemisphere, argues that the most of the world is preparing for China's coming global dominance. It's a psychological adjustment that Americans aren't yet ready to make.

Bremmer, author of The Fat Tail, says that if the Chinese economy remains state-controlled, American businesses won't get a level playing field. But Americans shouldn't necessarily fear the rise of China, because the U.S. and China will continue to need each other for many years to come.

I work at a small automotive supplier about an hour out of Detroit, MI. Our recent green shoot is... a janitor! Specifically, next week marks the return of limited janitorial service.

For the last few months we've all been pitching in to clean up the place, which actually has been nice in it's own way. It makes the office a more familial environment (especially after so many layoffs), plus I love watching managers try (and fail) to do simple things like refill paper towel dispensers.

It's not the greatest news, but I'll take whatever I can get.