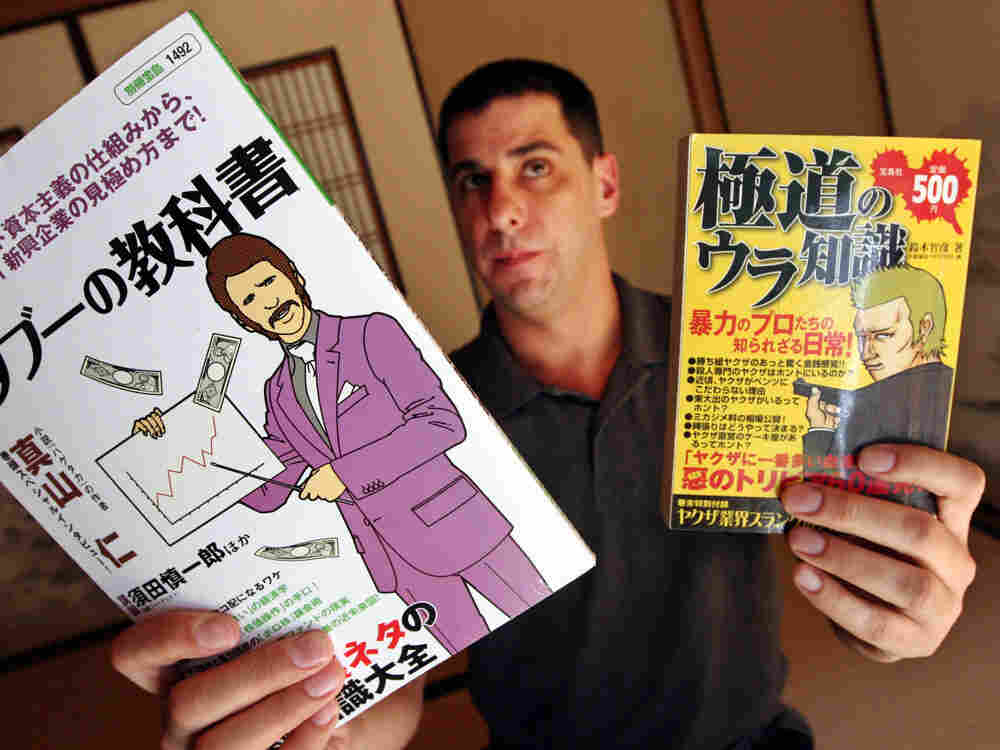 Jake Adelstein, a former daily crime reporter in Japan, holds up manga magazines based on the yakuza and a business management book written by a former crime boss. Frank Zeller/AFP/Getty Images hide caption

An American journalist in Japan, Jake Adelstein, has spent a decade covering the world of organized crime. He talks about how the business of the yakuza groups has changed over time and how tighter government restrictions have pushed the Japanese mob into more "traditional" investments.

BONUS EXCERPT: 'Tokyo Vice: An American Reporter on the Police Beat in Japan'