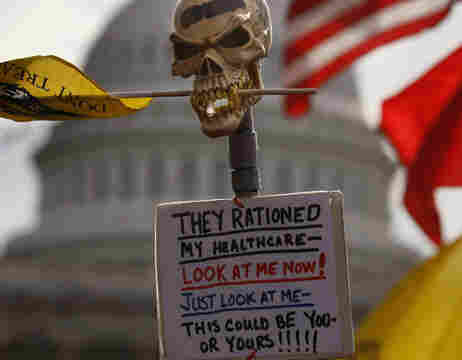 We debate the merits of the so-called "Cadillac tax", a proposed tax on expensive health insurance plans.

Jonathan Gruber, an economist at MIT, is a champion of the tax. He says charging consumers a bit more for pricey plans will make them think twice about rushing off to the emergency room for a swollen knee. Plus, he says it could mean a few extra dollars in your pocket. Gruber reasons that if employers are spending less on benefits, they'll put more money into paychecks.

Of course not everyone agrees with Gruber, including today's special guest, who thinks the tax will only make employers richer and hurt the middle class.

After the jump, an anti-Cadillac tax commercial.