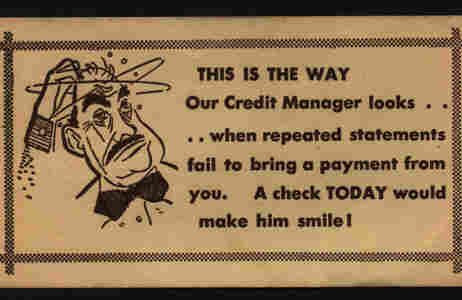 We go inside the "dirty unspoken world" of bill collectors with listener John Goebel. Goebel's been in the collection industry for a few years now. He started collecting second mortgages and car loans in college and now works part-time trying to recover subprime credit card debt.

He says the hardest part of his job is navigating the landmines of emotions that come with each call. He's been hung up on, sworn at, yelled at by children and about once a week he has to listen to someone just completely break down.

After the jump, more vintage late payment notices and a story about delivering those dreaded red envelopes. 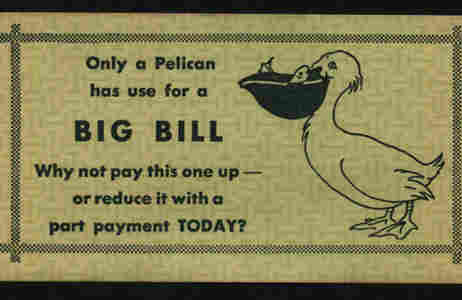