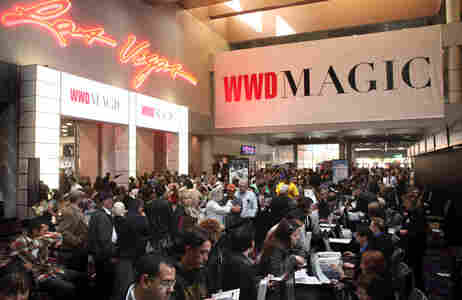 Adam Davidson takes a road trip to Vegas, via Haiti.

When Adam and Chana Joffe-Walt traveled to Haiti recently, they kept hearing about "Magic" -- a big clothing trade show in Vegas that the Haitians hoped would be a post-earthquake boon for their apparel industry.

So Adam went to Vegas for the show. But Haiti, as it turns out, is only a bit player on the Vegas scene, swamped by the likes of China, Bangladesh and Egypt.

And the real star of the show turns out to be Ron Kirk, the U.S. trade representative. What Haiti (and everybody else) really wants is a sweet trade deal with the U.S.

For more of our coverage on Haiti's economy, listen to our podcasts on Haitian microentrepreneur Yvrose Jean Baptiste, Mango Man Jean Maurice Buteau and on the prospects for rebuilding the country.